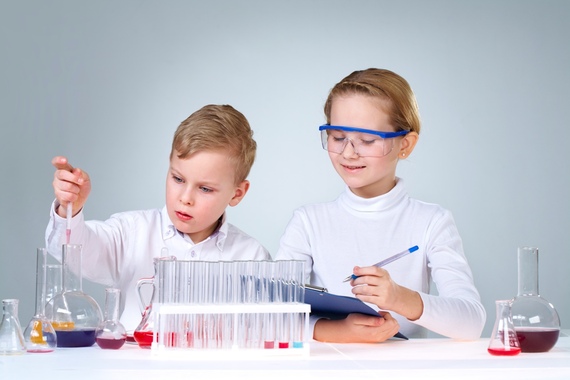 Stereotypes sucks. A wiser person would put that in more eloquent terms, but the fact is, stereotypes, of any kind, are counterproductive. Unfortunately, in the toy industry, gender stereotypes are still a very real problem. Too many companies market building toys for boys and dolls for girls, but things are changing for the better!

Today we focus on some of the best Gender Stereotype Busting toys. These are the companies who are doing the right thing and giving both boys and girls exactly what they want...something fun to play with...regardless of their gender. 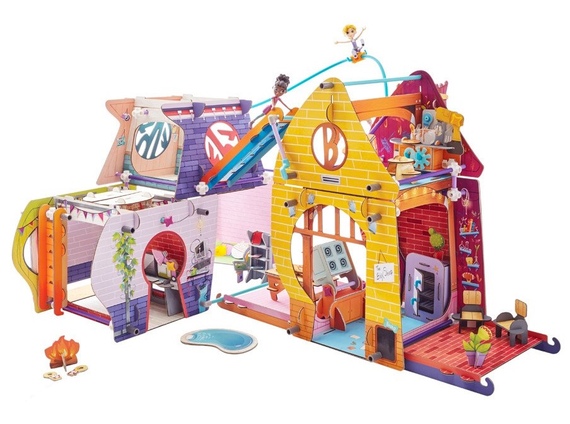 Any discussion of gender stereotype busting in toys has to start with GoldieBlox. They have been at the forefront of the fight to show that girls love to build and invent just as much as the boys.

The Invention Mansion ($59.99) is just one more example of their gender busting toys. With this toy, girls don't just play with a dollhouse - they build and invent it! Complete with ziplines and trap doors, girls AND boy will love this toy.

Cubetto, Gender Free Coding For Everyone 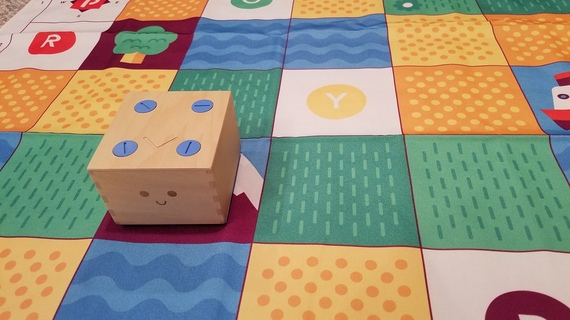 Too many programming and coding toys are marketed to boys. Cubetto from Primo Toys ($225) teaches coding to kids as young as 3 in a gender bias free and non-intimidating manner. Cubetto is a screen-less and keyboard-less robot kit that boys and girls will love to play with...while learning the fundamental premises of coding. 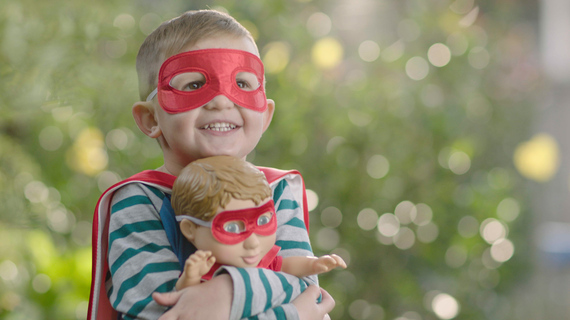 Much of the focus on breaking gender stereotypes in toys focus on giving girls more play options. The Wonder Crew Buddies ($29.99-$34.99) give boys the option to play with a toy that helps develop their emotional maturity, compassion and kindness.

Call them dolls, call them action figures - whatever you call The Wonder Crew Buddies, they are cute and come dressed in superhero gear. The best part, each buddy comes complete with a matching mask and cape for the kids. Wonder Crew Buddies will be available from PlayMonster starting in January 2017. I'm calling it, for 2017, being compassionate, caring and kind is the new macho thing for boys! 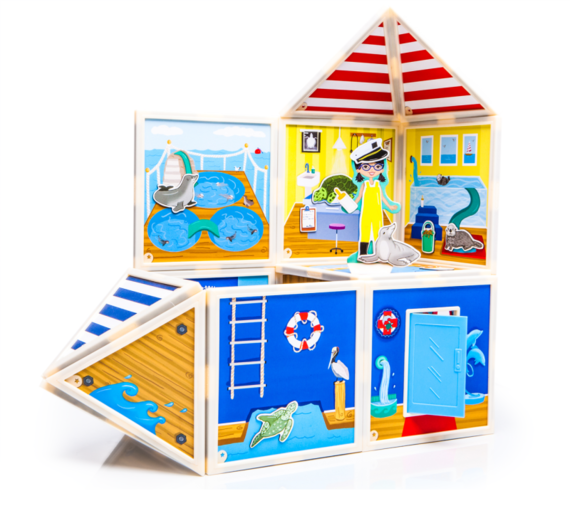 We are focusing on Toca Dance and Toca Hair Salon 3, but really everything that Toca Boca puts out is wonderful, fun and free of gender stereotypes. We don't have "boy tablets" and "girl tablets" - so why have apps for girls and apps for boys?

I could go on and on about Toca Bora, but just visit their site, download their apps, watch your kids play with them...you will instantly see what all the fuss is about. 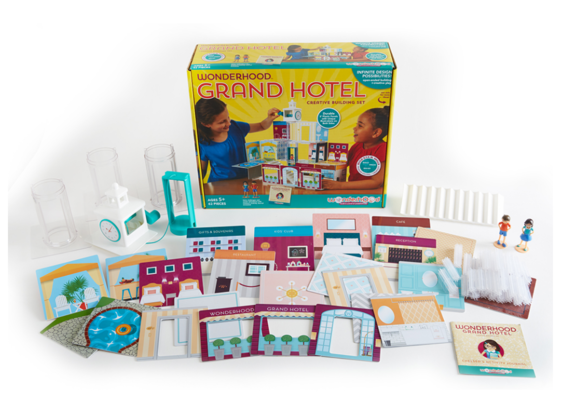 It's your hotel, you build it as you like. This is the idea behind the Wonderhood Grand Hotel ($59.99). The set encourages girls (and boys) to use architectural concepts to design a Grand Hotel that serves their unique ideas and dreams. Complete with an activity journal, kids are encouraged to solve design challenges and of course - HAVE FUN! 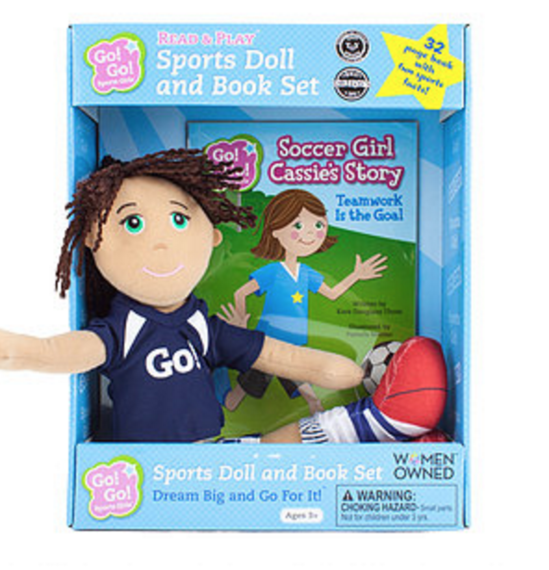 There are more and more toys that encourage girls to get interested in science, math and engineering, which is awesome! Still, let's not forget some girls dream of being athletes - which is equally awesome. As Dream Big Toy Company says, #AthleteIsTheNewPrincess

Go! Go! Sports Girls ($14.97 and up) is a wonderful line of inspiring dolls and books that encourage girls to play hard, get dirty, dream big and have fun. 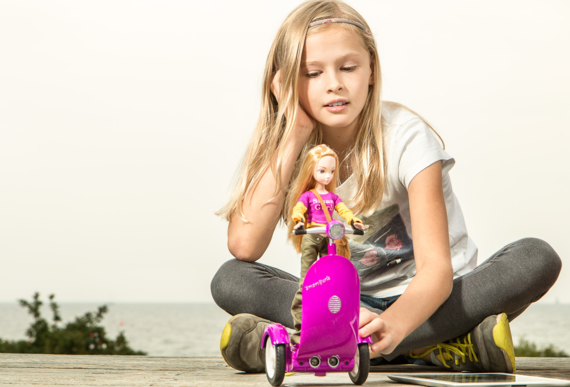 Mover Kit From Technology Will Save Us 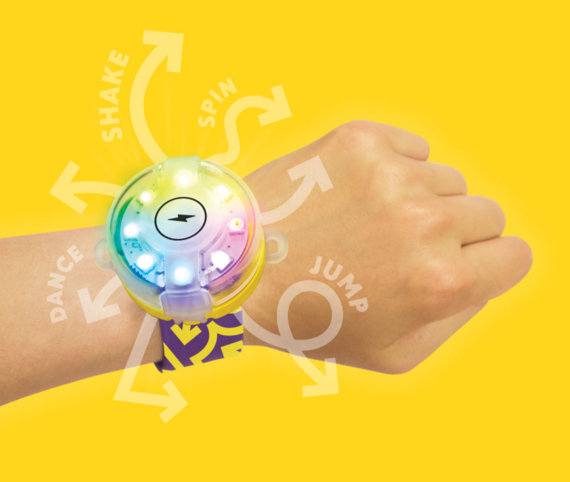 You have to love a company that makes toys that gets kids creating instead of just consuming. The Mover Kit from Technology Will Save Us ($75) teaches boys and girls how to build a motion sensing device and then program it to do whatever they like. High marks for Technology Will Save Us for including images of boys and girls building tech in all their marketing material. 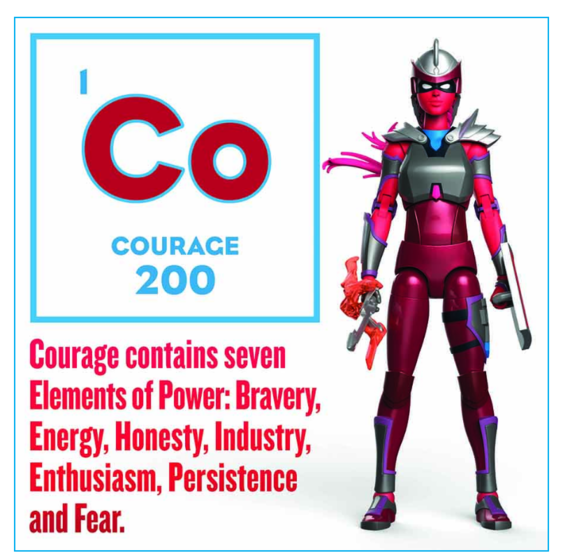 Can we finally put to sleep the idea that dolls are for girls and action figures for boys? The wonderful IAmElemental Female Action Figures ($24.99) portray strong, powerful and intelligent woman. In addition, for every Courage Core Power female action figure purchased, they will distribute one figure to a child affected by cancer. 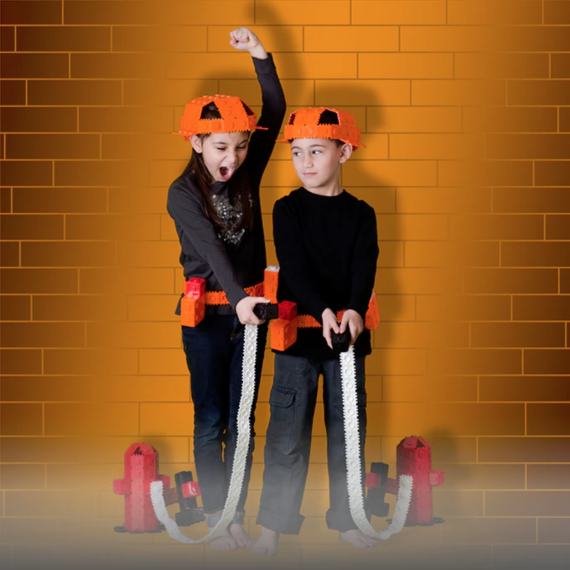