I recently ran across a blog written by Wil Wheaton titled, "You can't pay your rent with "the unique platform and reach our site provides." In it and on his Twitter account he took shots at the Huffington Post for having an editor reach out to him for permission to repost another blog he had written, "Seven things I did to reboot my life." He was indignant that they weren't going to offer him compensation for the piece and was quite vocal about it.

As a blogger for the Huffington Post myself, I was torn. On one hand, I absolutely believe passionately that artists should be compensated for their work. However, there was something about his post that bothered me.

For starters, this was a blog; not a published journalism piece. It was a blog that he felt passionately enough about to post for free on his own site and then, by his own admission, submitted to Medium; again with no anticipation of compensation. And while I didn't research it myself, I'm guessing he also posted it to his Twitter and Facebook accounts. And he didn't seem morally compromised by his fans sharing it without offering him payment. Why was the Huffington Post asking so offensive?

The other thing that bothered me is that Wil Wheaton is famous. He was on Star Trek: The Next Generation, starred in the films, Stand by Me and Toy Soldiers, and actually has a recurring role as himself on The Big Bang Theory.

That in and of itself isn't a bad thing, but as he stated on his blog,

"I'm very lucky to not need exposure or "reach" or anything like that, at least not right now and not this way. I'm also very lucky to be able to walk away from things like this because I believe it's the right thing to do."

He's right. He is very lucky that he doesn't need the exposure. Unfortunately he has a legion of followers who just translated that idea into, "exposure equals selling out." Which unless you are Wil Wheaton is not the case at all!

I'm a blogger, not a journalist. This is all stuff I would be doing over on Wordpress for free, but here I can hopefully inspire more people and a reach a broader audience with their platform. And I have.

Exposure and advertising are the same thing. It just depends on how you look at it. I knew going in that there was no financial compensation but I thought I would be insane not jump at the opportunity to have my work seen on a platform like this. And it has paid off in spades.

Because of it, I've connected with and helped people around the world, not to mention been paid very well for other writing jobs and even speaking publicly. And being a blogger for the Huffington Post has certainly not hurt my reputation.

And it's not just the blogging aspect that has me fired up. I'm actually considered pretty successful here in Nashville as a photographer and filmmaker. I've worked with Dolly Parton, Grace Slick, Billy Joel, Barry Gibb, Paul Shaffer, Buddy Guy, Loretta Lynn, The Rock and Roll Hall of Fame... and I could go on and on. 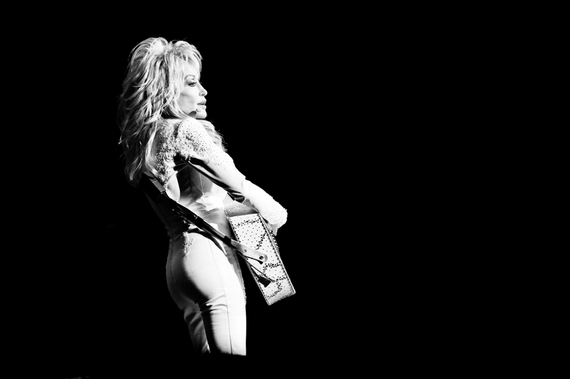 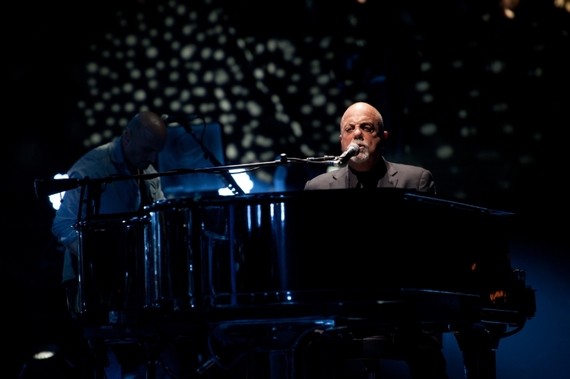 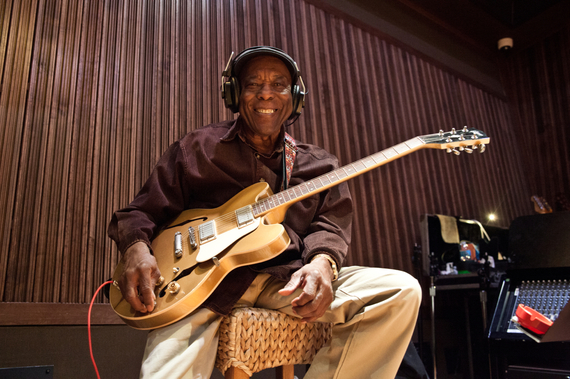 I know that sounds like I'm namedropping or just flat out lucky, but I'm not and I'm not lucky. I worked my tail off. I hustled like nobody's business for over a decade. And I shot anything, for anyone willing to ask me for years. No matter what the paycheck or lack thereof. Still do a lot of the time.

I was, however, lucky enough to have spent seven years as the Director of Marketing and PR for a large scale event firm before I moved to Nashville, so I absolutely understood the value of all that "exposure."

So in the name of righteous indignation, here are the top ten reasons I work for free and so should you!

10. Exposure is Everything! ~ There's an old saying in the artistic community, "You can die from exposure" I hate that line. I hate it because you can also wither and die from lack of it. Just like life, find a healthy balance of not whoring yourself out but accepting opportunities that will give you reasonable exposure. It's no different than sending out press releases or buying advertising space or hiring an agent or manager. You're paying for exposure. One way or another exposure is going to cost you something. How the hell is anyone supposed to find you if they don't know you exist? We are not all Wil Wheaton's.

9. Branding is a Good Thing ~ If people are asking you to donate a good or service in trade for exposure, whether that be in person, your name on a flyer, or a written piece that could be seen by millions, you are a brand. And while you might not get a phone call from that one thing you do for trade, the people who attended or viewed it saw you or your name. And the next time they see it they might remember it and if not, by the third time, they will. And the more places you have your name the better the chance of that happening.

That's called branding. And that person may never call you for anything but the next time someone asks for the name of a, "fill in the blank here___________" they might just mention that they've seen your name a lot.

8. Credibility is Important ~ Doing the right kind of trade agreements or "for exposure" gigs or donations of your time or work to the right kind of organizations will give you credibility. If you are affiliated with reputable companies that people know, they feel they can trust you as a professional.

It's one thing to have and offer something of real value but it's entirely different to try and convince other people of that. Credibility among your peers and their affiliates can set you apart and possibly alter the choice in your favor for a first time client.

7. Networking Rules ~ Anytime you get approached by someone or you reach out to someone you've just made a connection. You might not know it or need it at the time but that person might be the missing thread somewhere down the line. The more people you can affiliate yourself with the better. The more people you know the better. There is another old saying, "It's who you know." And let me tell you bothers and sisters, that is the truth.

I would say of my overall business, 80% percent is referral. And I promise you this, the ones I donated my services to are sometimes the first to recommend me and have absolutely led to some of my most lucrative shoots.

6. R& R Baby; Resume and References ~ Every time you work with or for someone, whether you are paid or not you just added a reference to your rolodex and resume. No one ever needs to know what your financial arrangements are with anyone. But the larger your clientele list, the more in demand you become for clients with real budgets. That's just psychology and math and stuff.

5. Taxes Suck ~ Don't taxes suck? Totally. I suppose one of the financial upsides to working for free is the tax write off. Either in donation if you can get the receipt or in hard costs, which in this day and age includes stuff like hard drive space. If you're an independent contractor, every penny helps.

3. Practice Makes Perfect ~ I don't care who you are or what you do, you can be getting better at it. What better way to push yourself and try new ideas or step outside your comfort zone than with a client who sort of has to give you that freedom? And even if you don't get to stretch your wings and it's just the same old thing, every time you do it, you get better. And there is no place to get better than in front of a live audience.

2. You get to choose ~ Don't get me wrong, I'm not saying you should take every offer, and you definitely should not get taken advantage of. I'm not talking about giving it away for free or being manipulated or any of that bad shit that definitely happens. But am I on crazy pills here or is a website that has millions of viewers asking to repost something you've written and already put out there for free not the worst thing that can happen to an artist?

You're a smart bunch, you've made it 1500 words into this sucker. You know bullshit from a possibility. Say yes when it's right and "hell no" whenever you want too!

1. Because You Love It ~ The one thing in the thousands of comments on Wil's blog that seemed to recur was that most of his biggest supporters were artists; of all kinds. And I understand. Lawd have mercy, child, I understand! We as artist are under appreciated, undervalued, overlooked, pillaged, humiliated, embarrassed, taken advantage of and even scorned by some. Choosing the artists life is not an easy one.

I don't know about you, but I do what I do because I love it. It is what my soul calls me to do. That sounds so corny and cliché but its true. I love every single shoot I do. No matter how big or small or what effect it has on my bank account.

Maybe that's naive, but I look at it this way. Every time I fire a frame I was just given the opportunity to be my most authentic self. I was just given the chance to do the thing that make me the happiest. Some of my most powerful reactions, most beautiful shots, most career defining moments paid zero cash dollars. That is why I do it. If I was in it for the dough, I would go back to marketing and PR.

In the meantime, I'll take all the exposure I can get.