The Super Bowls, Stanley Cups, World Cups and World Chess Championships are usually won with good defense. Which defense is going to decide the upcoming world championship match between Vishy Anand and Magnus Carlsen? We shall see soon: the first game starts in the Indian city of Chennai on Saturday, November 9.

Preparation for the match could be extremely elaborate and Anand must do some guesswork concerning Carlsen's choice of defenses with the black pieces since it is Magnus's first title match. Vishy, on the other hand, prefers solid defenses in the closed openings but may come up with something fluid this time. Older players usually seek an early conflict in the middlegame to avoid long tiring endgames.

The Berlin defense (1.e4 e5 2.Nf3 Nc6 3.Bb5 Nf6) is always a possibility, hovering over any king-pawn player like a sword of Damocles. Both Carlsen and Anand are capable of using it. It was played already in the first world championship match between William Steinitz and Johannes Zukertort in 1886. In 2000, Vladimir Kramnik played the Berlin and ended Garry Kasparov's world championship reign.

Kasparov became the world champion with a dynamic defense he adopted from my game played at the 1976 Interzonal in Manila. Not only did he win the last game in the match against Anatoly Karpov in December 1985, but the variation he used had a profound influence on subsequent matches. Karpov didn't dare to play the king pawn openings against him again. It was my unintended gift to Kasparov. 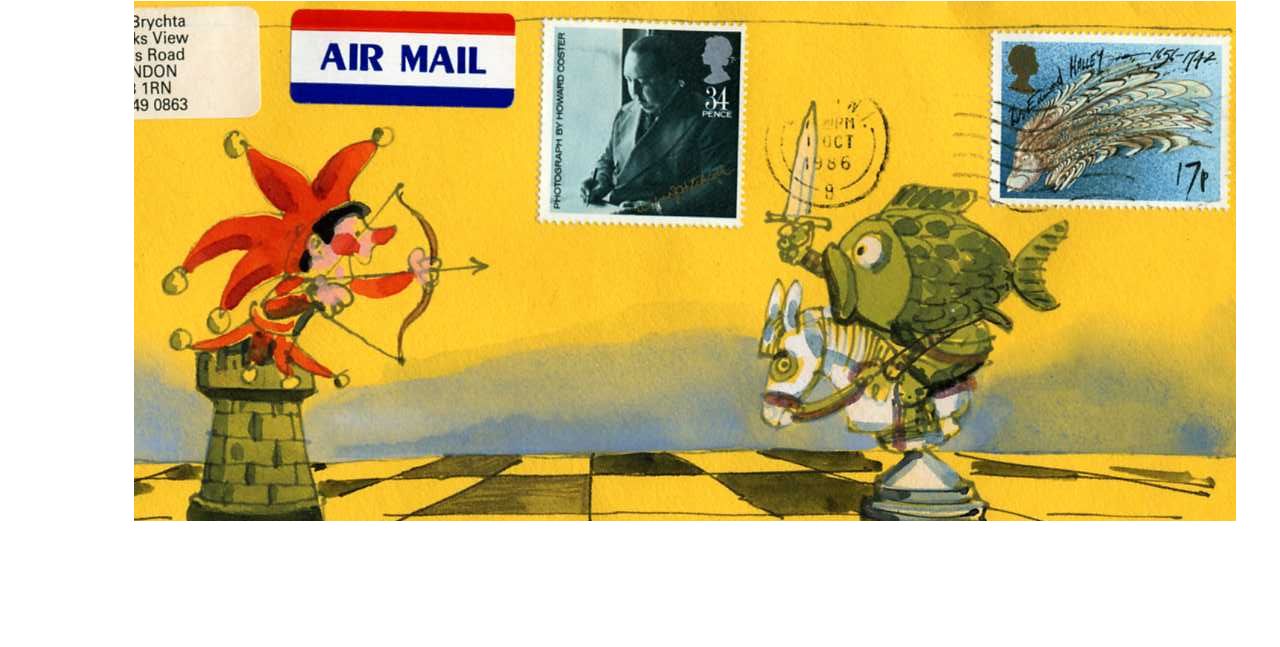 The London-based Czech artist Jan Brychta illustrated the duel Kasparov-Karpov on a postal envelope: Kasparov is fighting from the rook.

The rooks played a major role in the variation when it first appeared in the game Balashov-Kavalek, Manila 1976. Despite being strongly endorsed by my opponent and his famous coach Vladimir Yurkov, it was only picked up two years later by other players. Kasparov didn't fare well in his first attempt against Yuri Razuvaev in the Soviet championship in 1978, but he worked on it and eventually got it right. Nearly 1200 games were played with this variation after the inaugural game. 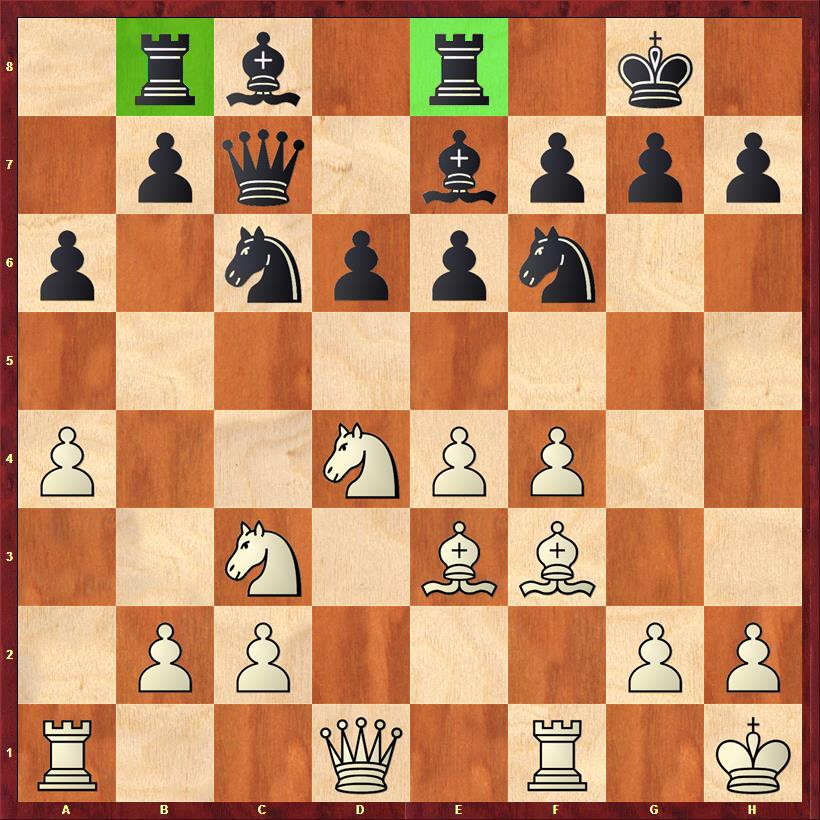 The black rooks are placed on the best spots. The first rook move 11...Re8, covering the center, was known. The second rook move was my novelty. I was trying to make the move Ra8-b8 work in other variations of the Sicilian, but here it fits perfectly: it leaves the dangerous diagonal a8-h1 and helps to support the advance b7-b5. Each black rook has a purpose, no Nimzowitsch's mysterious rook moves.

Let's see some of white's main ideas tried so far:

Balashov's original move. White wants to prevent b7-b5, but it turns out to be an illusion. Because of the queen and rook lineup on the diagonal f1-a6, black can solve his task geometrically with 13...Nxd4 14.Bxd4 e5 15.Be3 Be6.
See the game below.

The waiting move was played in the game Razuvaev - Kasparov, USSR championship, Tbilisi 1978. It is best answered with 13...e5.

An aggressive attacking attempt brought white some success in the past. The pawn sacrifice 13...d5, a computer's suggestion also played by the Czech GM Laznicka, is a fair answer. So are 13...Nxd4 14.Bxd4 e5; or the backtracking 13...Nd7.

White threatens to curb black's queenside with 14.a5. It can be met by 13...b6 and after, let's say, 14.Qe2, black can invoke an old Pal Benko's maneuver 14...Na5, since after 15.Nxa5 bxa5 the counterplay on two open files (very much like in the Benko gambit) gives black a nice counterplay.

Yefim Geller's idea from 1980 was later adopted by Karpov. After 13...Nc6xd4 white can recapture with the queen.

b) 15.g4 Karpov's choice against Kasparov in the memorable last game of the 1985 world championship.

Kasparov commented the game in his book "Kasparov vs Karpov 1975-1985" and again in his new work "Garry Kasparov on Garry Kasparov, Part II: 1985-1993", published by Everyman Chess. It may look repetitive, but he likes to improve his analyses with new computer engines and look at the games from a different angles. 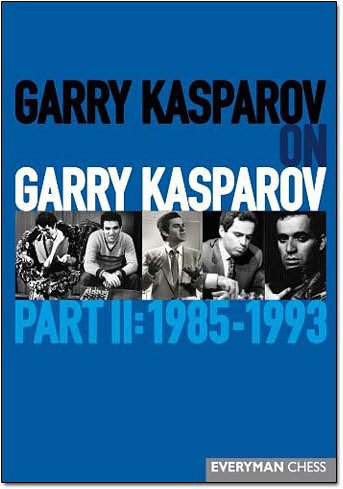 Kasparov's new volume encompasses eight turbulent years, ending with his departure from FIDE. During this time he became the world champion and played four matches for the world title against Karpov. He created the Grandmasters Association (GMA) and won the World Cup - an elite competition of six Grand Prix tournaments. He became the world's best player, triumphing in matches and tournaments. His rating went up and up, reaching peerless heights. It was a fascinated journey with a few dangerous bumps along the way. Garry seemed to succeed in everything he embarked on, and as the Executive Director of the GMA, I was fortunate to witness his achievements first hand.

The Two Tower variation is still going strong after 37 years. Here is the inaugural game:

White prepares a standard maneuver against the Sicilian Scheveningen, bringing the queen to the kingside with Qd1-e1-g3. To play it immediately does not pose black problems:

White doesn't want to allow any surprises in the center.

This novelty is not only a waiting move. The rook leaves the dangerous diagonal a8-h1 and helps to support the advance b7-b5. Black also keeps the square d7 free for his knight, if white decides to advance his g-pawn.

White wants to prevent b7-b5, but it allows black to equalize by striking in the center. Because of the queen and rook lineup on the diagonal f1-a6, black can solve his task geometrically.

The advance of the b-pawn was the original intention behind 12...Rb8. 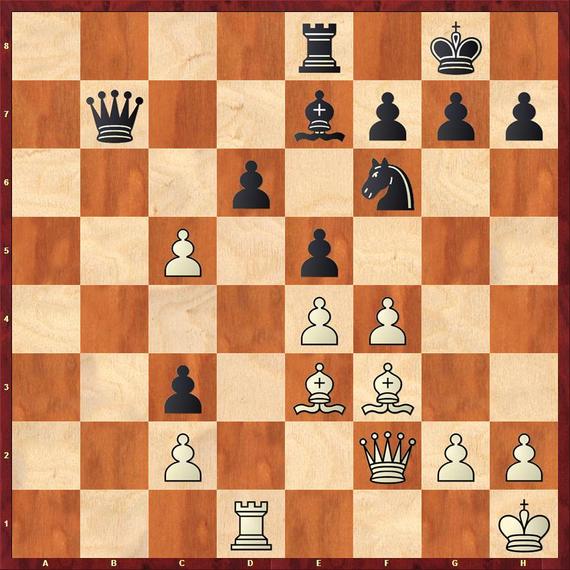 This optimistic move lands black in trouble. I had to go with 26...Nd2!? 27.e6! f6 and although it may not look particularly great, it is playable. 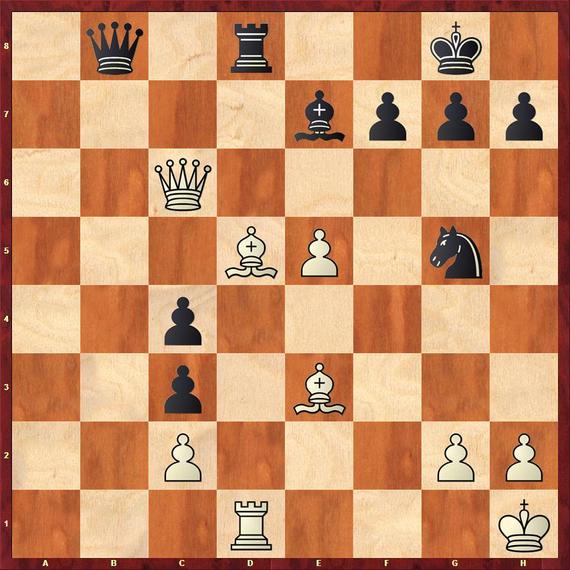 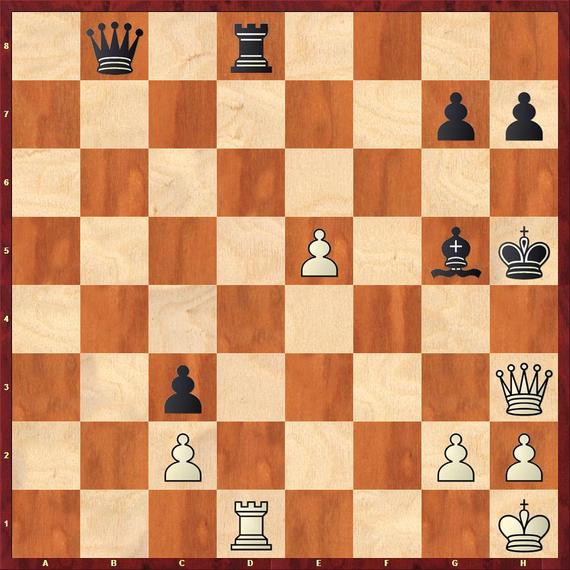