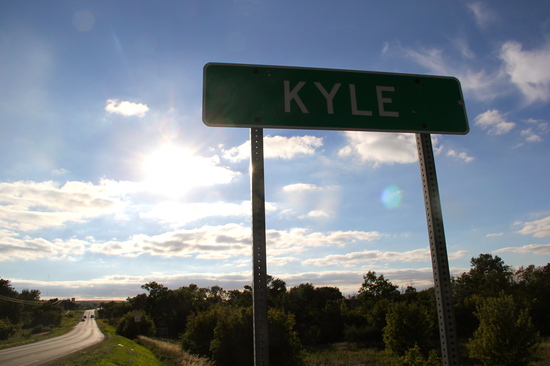 There is a town name that exists only in the minds of the people who live there. It's not on any road atlases, and won't show up in any map searches. Yet.

On current maps, the town is called Kyle -- named for United States Senator James H. Kyle, who served in Congress until his death in 1901. Technically, though, Kyle is a district of 1,100 people on the Pine Ridge Indian Reservation, located in the Southwest corner of South Dakota. Before the government renamed it Kyle, the district had its own name in Lakota, the language of its people. They called it Pejúta Háka.

Pejúta Háka (Medicine Root) takes its name from the creek that runs through the area. A small group of students at Little Wound School in Kyle are trying to take back that name.

"Our language is power. When our treaty-given right to sovereignty is routinely undermined, our Lakota language is all we have to fall back on," said Joseph Chief Bear, who graduated from Little Wound High School and majored in ethnic studies at University of Colorado-Boulder.

Dan Snethen, a biology teacher and drama coach at Little Wound, has seen his students struggle to find their place in society during over nearly two decades at the school. To help show them their history, he organizes annual trips to Chief Little Wound's grave, and started talking to students about reclaiming their culture through their town's name. "I see it as linguistic genocide. Taking language away takes the culture away," he said. "I have nothing against Kyle; it's just not the Native culture."

Current student, Jamie Chief, speaks some Lakota, and said he wants to help convince the community to band together and register its original name. "I would very much like to be a part of seeing it changed, but I'm not exactly sure where to start," he said.

Chief Bear stressed the importance of focusing on language:

To young Lakota speakers: You own your language, all the way down to the quirkiest little idiosyncrasies. Be proud of it. Don't have the fear that was instilled in our grandparents for speaking Lakota.

According to the Lakota Language Project, which serves 600 students on Pine Ridge, only 192 Native languages out of 600 exist today. Linguists estimate that half of those languages will be completely lost in this century, and Lakota -- with only a few thousand speakers -- runs the risk of extinction. 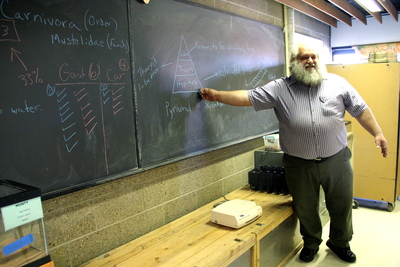 "Language is wrapped in culture," Snethen said. "Once the culture is lost, you're just another part of this melting pot of lost cultures."

For students, changing their town's name is a chance to leave a legacy, he added. "Start your life out doing something meaningful. To me, this is more important than trying to get the Washington Redskins to change their name."