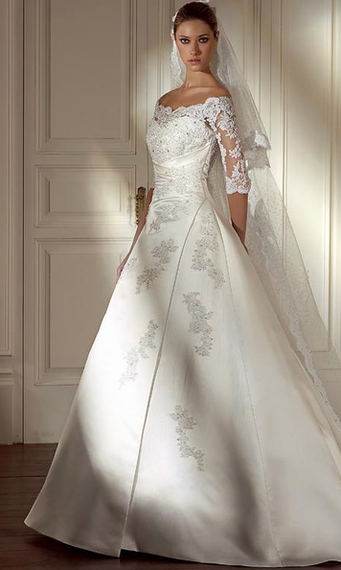 Whether you judge her, respect her, want to marry her, or want to be her - you think you know her. Turns out you don't. A university of Notre-Dame sociologist, Elizabeth McClintock, has shown that the 'trophy wife' is largely a myth.

In 1989, Julie Connelly coined the term 'trophy wife'. The editor of Fortune Magazine, she wrote an article that defined these women differently than we do today. She wrote, "This trophy does not hang on the wall like a moose head -- she works. Hard. For starters, she often has her own business."

Connelly actually centered the action around men. She observed, "the more money men make, the argument goes, the more self-assured they become, and the easier it is for them to think: I deserve a queen."

That the term entered the lexicon as a synonym with 'bimbo' or 'gold digger' is a mystery to Connelly. Somehow, the phrase morphed and became a negative stereotype -- but McClintock has brought us to our senses. There is no trophy wife phenomenon.

Trophy wives are most misidentified in non-celebrity couples, according to McClintock. When people see a successful lawyer with an attractive wife they might subconsciously associate them with Donald Trump and his wife Melania for instance. Thus, the observer is failing to note that the lawyer is as attractive as his wife, and that his wife has also has also been successful.

What misleads observers is that 'successful' and 'attractive' are not mutually exclusive descriptors. She pointed out that high-status people are less likely to be overweight, and more likely to have access to cosmetic resources such as orthodontia and dermatologists. Like the example of the lawyer and his wife -- both were both successful AND attractive -- we just selected the descriptors based on stereotype.

After 1989, we ran with the idea of the trophy wife. Whether that was due to sexism, or selective observation, or a misunderstanding of Connelly's piece, we can't be sure. Today, McClintock clears the air -- the trophy wife doesn't exist and actually never has.