There is a certain wave of race (and the corollary of racialism/racism) denialism that ebbs and flows in some spaces. It has many names. It is a language of present-day "color blindness" and muted sighs of "rainbowism" coupled with "Sometimes, it's not about race, but about class." These varying views, however seemingly divergent (at least on the surface), have one thing in common: They assume that racists care.

The terrible truth, however, is that racists don't care.

Racism, by its very definition, is not rational. If it exists in a system and space that inadvertently promotes (even rewards) irrationality, even worse. For the United States, we see this in the manifestly asinine way in which people like Donald Trump and Ted Cruz, like marauding evangelists, air their views on race. In Southern Africa, where a thin veil of Kumbayaness occasionally covers up reality, the irrationality of racism is best exemplified by white-owned business shunning black customers. One would assume that the economics of numbers would rid racists of this irrationality, but it doesn't. 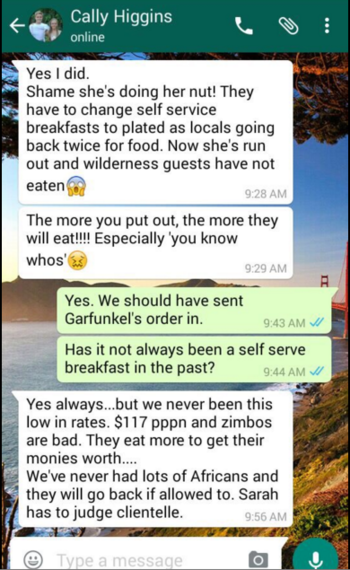 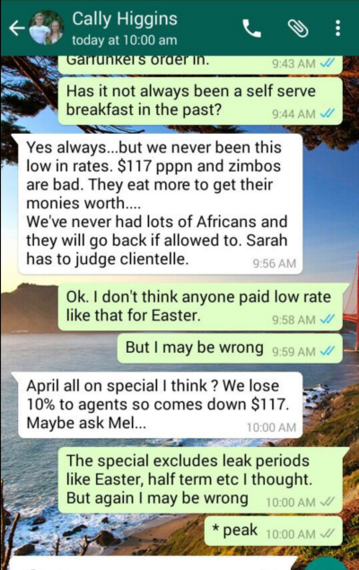 So why assume that classism and racism are not chummy bedfellows?

Having accepted the irrationality of racism, it becomes somewhat ironic that there are black people who have taken charge of the racism denialism movement. For the most part, these are middle income, self-professed "upwardly mobile" black folk. Having gotten access into spaces previously reserved only for non-black people, they (not "we," for while I am a middle income self-professed "upwardly mobile" black woman, I do not pretend that racism no longer exists) now triumphantly assert that, "It's not about race, it's really just about class now." They are now part of the petty (not petit) bourgeoisie, so they should know, right? The riding assumption being that "race" and "class" are entirely removed from each other in the minds of racists. But if the birther movement that attempted to divest Barack Obama of his Americanness (and thus -- more ironies -- his whiteness) is anything to go by, you can be the richest, shiniest, smartest black person and racists will still seek to remind you that you are inferior. You aren't. But they'll try.

So, dear middle income, self-professed "upwardly mobile" black folk who do not experience overt racism regularly (it is a question of frequency, really) or whose circle of friends resemble a Michael Jackson music video: just because you can afford to insulate yourselves (sometimes), does not mean racism does not exist. You are not "better blacks" who "transcend race."

Your ability to "speak so well," "work hard," and "not stand out," does not mean that your blackness is invisible (or blurry at best). It isn't.

Racists will find a way to "explain" how -- black as you are -- you are where you are. Your belief that your "class" means you are transracial doesn't concern them.

To find a strange kind of comfort in being the "exceptional black people" whose income has ensured themselves a place outside "racism," is to deny a certain uncomfortable reality: Race and class are inextricably linked -- even for the upwardly mobile whatwhats.

The trouble in assuming that racists make distinctions between the black people they can tolerate and those they won't is that you position yourself as the "better black" with a better chance of being liked.

The trouble is assuming that racists care and that they would rationally parse blackness for your convenience.

But of course, if you clutch your credit-bought pearls hard enough, you can make it just about class...