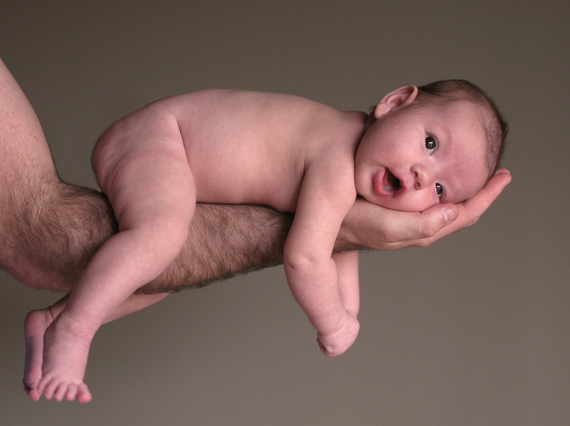 A few weeks ago, at Working Mother's annual "WorkLife Congress," I attended a breakout session that made me think of Adam Pertman. I'd had a conversation with the adoption reformer a few months ago about the status of employer supports for adoption -- see my last post for some of what I learned. The breakout session I was in was ostensibly about paternity leave. But, led by the renowned (and highly entertaining) Brad Harrington, Executive Director of Boston College's Center for Work and Family, and featuring a panel of corporate HR and work-life leaders, it soon ranged beyond the question of leave for fathers into the question of parental leave, in general.

In 1978, U.S. women -- and families -- won a victory when Congress finally agreed that pregnancy should be treated like any other "medical disability." It was not just a symbolic victory, it had huge practical implications -- it meant that millions of women who would not otherwise have been eligible for paid maternity leave would now be entitled to it, through company disability policies. But over the years, the treatment of pregnancy as a disability, which has become a standard aspect of employer benefits, has left a bad taste in the mouths of some.

At the Working Mother event, a number of participants chimed in to the effect that treating pregnancy as a disability is an outmoded and unhelpful concept. One panelist, Michele Birnbaum from MetLife, mentioned that her company now calls it "childbirth and recovery" leave -- which, while it still has a focus on physical recovery, at least raises more positive connotations. (If others of you out there know of companies that have "rebranded" pregnancy leave in this way, I'd love to hear about them.) Audience members rose to object to the common practice of assigning disparate adoption or paternity leave benefits depending on whether the employee is a "primary" or "secondary" caregiver. This, course, implies that one parent -- in heterosexual couples, usually the mother -- is more important than the other, an implication that is unrealistic, sexist, and potentially damaging to not only parents but their children.

The main purposes of leave are surely caregiving and bonding, activities that are essential whether the parent is male or female, and whether the child arrives via airplane or womb. This glaringly obvious fact has been driven home lately by the whole public debate about/ legalization of gay marriage, and the increasing acceptance of gay couples as parents. Here are two salient facts about gay couples: one, by definition, traditional gender roles don't apply and, two, in many cases, they become parents through adoption. If those realities don't blow the whole question of maternity vs. paternity vs. adoption leave wide open, I don't know what will.

By the way, by "leave" most people having this conversation mean "paid leave," because any other kind is not terribly helpful to the majority of people. (And, in fact, thanks to the Family and Medical Leave Act, many fathers and adoptive parents -- although by no means all -- theoretically have access to as much time off as mothers who give birth. It's just unpaid.) Nor is even paid leave helpful if employees don't dare make use of it.

Since companies can now cover at least some of the cost of paid leave for biological mothers through disability insurance, and since men may pay a higher career cost than women when they take leave, and since adoption still often ranks as a somehow inferior way of acquiring a child, and since it doesn't look like the federal government is going to step in to legislate change anytime soon -- well, it looks like we have a long way to go before parental leave in the United States is adequate and equitable.

But, at least we're having the conversation.

Robin Hardman is a writer and work-life expert who works with companies to put together the best possible "great place to work" competition entries and creates compelling, easy-to-read benefits, HR, diversity and general-topic employee communications. Find her at www.robinhardman.com.