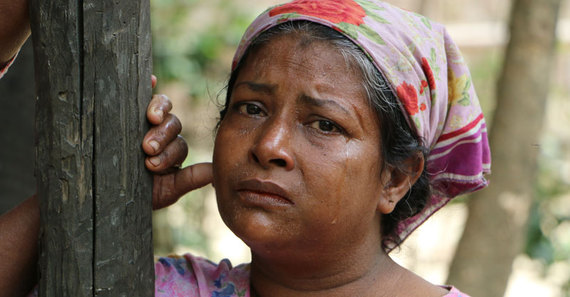 President Obama’s foreign policy address at West Point this week included a call for U.S. engagement in the world “when crises arise that stir our conscience.” A column by Nicolas Kristof that appeared in the New York Times a day later, “Myanmar’s Appalling Apartheid”, raised troubling questions about how this gets translated into the real world.

The President used Burma to illustrate the success of his foreign policy approach. He praised and shared credit for openings in a once closed society but warned: “Progress could be reversed. But if Burma succeeds, we have gained a new partner without firing a shot”, he asserted.

Kristof’s column described the living hell that is the lot of more than a million ethnic minority Rohingya in Burma — 150,000 of whom live in total isolation in what many describe as concentration camps. The UN Secretary General describes the Rohingya as the most persecuted people on earth.

The horror besieging the Rohingya is a crisis that should, indeed, “stir our conscience”. Yet there was no reference to this side of the Burma story in the President’s speech. Nor to the fact that the government of Burma is directly linked to violent attacks on Rohingya villages and has thrown out the only source of health care for most Rohingya in Rakhine State — Doctors Without Borders. Nor to the rising death toll of those who are risking everything to escape on rickety boats. More than 30,000 tried to escape Burma last year and it is projected that the rate in 2014 has more than doubled.

I’ve witnessed firsthand what Kristof reports. I traveled to Burma in March when Doctors Without Borders were first thrown out and returned a few weeks ago to see, firsthand, its impact. It is, in word, devastating, and it continues to claim the lives of untold numbers of Rohingya. Those who I visited in the camps included:

The President’s speech rightly sets a high bar for U.S. military action: “Just because you have the best hammer does not mean that every problem is a nail.” He is also right that we must act “when crises arise that stir our conscience”. But where is his voice when it comes to the human rights catastrophe now unfolding in Burma — a catastrophe being aided and abetted by its government? Where is the action — the non-military “tools” of American diplomacy — that might bring hope and change to those under siege?

The world desperately needs governments that are in positions of power and influence to stand up against those who are responsible for genocide and mass atrocities. The Obama administration can begin by speaking up and demanding accountability of those who are engaged in the persecution and slaughter of a people whose only offense is their ethnicity and the God who they pray to.

President Obama is fond of using baseball as a metaphor when speaking of foreign policy. For the besieged Rohingya of Burma, even a bunt single would make a difference. Telling Burma’s leaders that the United States will hold accountable those who are responsible for the march to genocide in Burma would be a grand slam home run.

The attacks against the Rohingya in Burma should be a “crises that stirs our conscience”. It is time for the President and his administration to go to bat for them.