After spending Christmas Eve and Christmas with our immediate families and the rest of the weekend with our closest friends, we are taking some time to reflect on those who are less fortunate than us and coming up with ways to help. For many of us time is at a premium, so the best way to help in the short term is to make a donation to a worthy organization. Charitable donations are generally highest at this time of year for two reasons: People are feeling generous, which extends to charities as well as to gift-giving, and they are making donations to non-profits now so that they can receive the tax write-off for the current year.

While many celebrities associate themselves with charities as a means of generating positive PR, rock legend Cyndi Lauper puts her time and money where her mouth is. Lauper is a cofounder and board member of The True Colors Fund, whose aim is to end homelessness among lesbian, gay, bisexual and transgender youth. At her recent Home for the Holidays concert at New York City's Beacon Theater, Lauper and a star-studded group of her music industry friends entertained the crowd and then mingled with them at an after party held nearby. In years past, she has been joined onstage by luminaries such as Norah Jones, Whoopie Goldberg, P!nk, Jason Mraz, Lou Reed, Josh Groban and 50 Cent. This year's lineup was hosted by lifestyle expert Carson Kressley and performers included Boy George, Natasha Bedingfield, Ledisi, Keb' Mo', Valerie Simpson, Patty Smyth and Cam. Music ranged from current and classic hits to up-tempo versions of traditional Christmas songs.

When Sharon Osborne took the stage and informed the audience that an astounding 40 percent of all homeless youth in the United States identify as LGBTQ, you could hear the sharp intake of breath as we all absorbed that statistic. In the general population, 7 percent of teens and young people identify as LGBTQ, yet there is a much higher proportion of homelessness among our young than should be tolerated. Most are kicked out of their homes simply for expressing their sexual or gender identity, while many cite abuse, family problems or poverty as the reason for being on their own with no resources. Others have simply aged out of foster care and have no safety net beyond the street.

The True Colors Fund's work includes community organizing, public policy, public engagement, research and youth collaboration. The fund's annual "40 of the Forty" list highlights 40 young people who have experienced homelessness who are nominated by social workers, educators and service providers. These LGBTQ youth have become spokespeople for their communities, having represented them on a local and national level such as the White House briefing on youth homelessness. When this year's honorees Thomas Wilson and Ziggy Keyes talked about speaking in Washington DC and contributing to public policy regarding homeless youth there was hardly a dry eye in the house.

One of True Colors' biggest supporters is Van Gogh Vodka. Norman Bonchick, chairman and CEO of 375 Park Avenue Spirits, Van Gogh's importer, spoke about his commitment to the fund and to this cause, stating, "The True Colors Fund's mission has always been a cause of utmost importance to me personally -- every person deserves to be treated equally, with compassion and understanding. Van Gogh has always encouraged consumers to be themselves, so this relationship just made perfect sense. I am thrilled to be able to work professionally with such a worthy organization." In addition to monetary support, Van Gogh also provided vodka, gin and other spirits for the party held after the concert.

As the year draws to a close and you reflect on your own good fortune this season, please consider making a donation to the True Colors Fund. Among your New Year's resolutions, think about setting aside some time to help out causes that are important to you and your community. And remember to mark your calendar for next December -- you can bet that Cyndi Lauper's 2016 Home for the Holidays concert will be one not to miss. 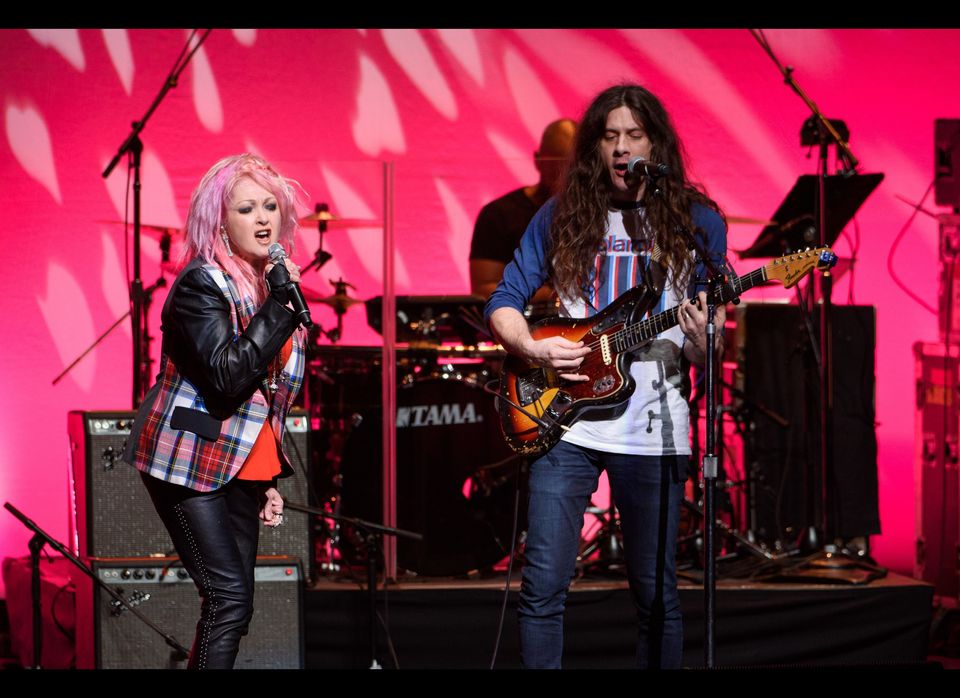