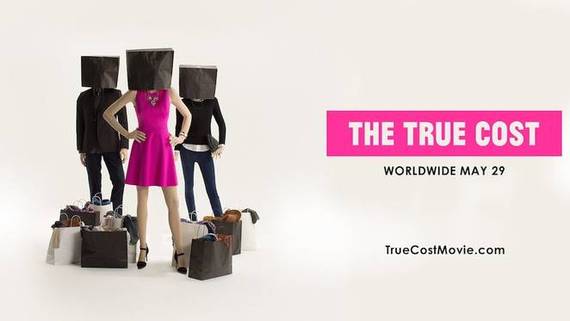 "People aren't going to care until it hurts them personally."

That was the last comment in the closing discussion of The True Cost movie screening I co-hosted in Boston this summer.

The documentary has been sweeping film festivals and fashion media across the world with a no-holds-bar narrative of fashion's effect on people and planet.

As I sat in the audience that night, surrounded by 100+ students, designers, entrepreneurs, mechanical engineers and concerned consumers, I could see and hear the emotions around me.

There's something about watching a female garment worker being beaten with a club on the streets of Phnom Penh that can really grip you.

As strong as the emotions were, though, some of the most insightful comments in the post-discussion focused on how we will respond now that we've seen the footage and the movie is no longer playing in front of our eyes.

"We're so detached," one audience member said. "It's just so hard to care about people on the other side of the world who you don't know. Especially when there are so many other problems in the world."

This sentiment resonates with many consumers: When there is so much to fight for in this world, how do you choose your battles?

When you're the mom in Missouri with four mouths to feed and the cheapest store is a Wal-Mart, how do you say 'no' to the five dollar t-shirts that your kids will grow out of in a few months?

When you're the university student drowning in debt, how do you make ethical fashion a part of your lifestyle?

In an ideal world, the industry execs profiting off of cheap labor would choose to change things on their own. Then consumers wouldn't have to make a choice -- it would either be ethically-made or not made at all.

But that's not the reality we live in. The reality is that the fashion industry is a 3 trillion dollar a year business and only two percent of apparel companies source from suppliers that pay their workers a fair and living wage. 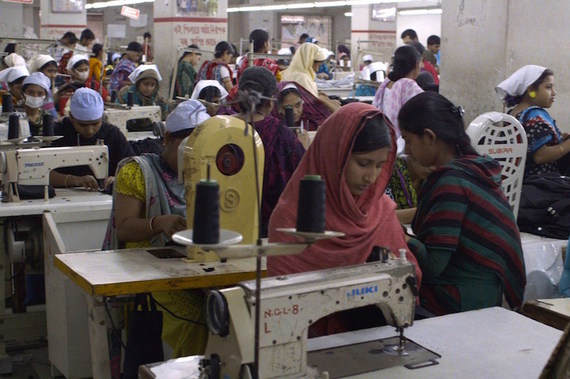 The reality is that industry giants can claim negligence because they don't technically "own" their factories and thus don't have to take responsibility for fair compensation.

The reality is that until consumers start making demands and asking for change, the fashion industry has no reason to clean up its act.

We've heard all of this before. It's a classic chicken and the egg. A vicious cycle of rock bottom prices and consumer expectation that it should be this way. We expect the five dollar t-shirt -- I'd even go so far to say, we feel entitled to it.

And that's where the root of the problem lies. On the surface, the issues are obvious to us: pay the workers a better wage, change the supply chain, improve working conditions.

We deflect the responsibility with the same negligence that fast fashion shareholders deflect it.

There's nothing I can do as one person. The problem is too great to solve. The issues are too complicated. There is someone more qualified to tackle this. There are only so many hours in a day...

Why should the medical student in Boston care about the garment worker in Bangladesh?

Maybe the answer lies in actually remembering, as True Cost director Andrew Morgan says, that there are people behind the clothes we wear.

Maybe if we saw that with a different stroke of luck in the gene pool, it could be us in front of that sewing machine -- we wouldn't be so apathetic.

I don't have the answer. Or a solution. The best I can do is lead by example and encourage others to do the same.

The best you can do is to start asking questions, educating yourself, sparking non-judgmental conversations with your friends while doing whatever you can to shine light on yet another fundamental flaw in our society --

That when it comes to the bottom line, the underdog never wins.

If you haven't seen The True Cost documentary yet it's streaming on Netflix for free right now.

Shannon Whitehead is the founder of Factory45, an accelerator program that takes sustainable apparel companies from idea to launch. Join a growing movement of fashion changemakers here.