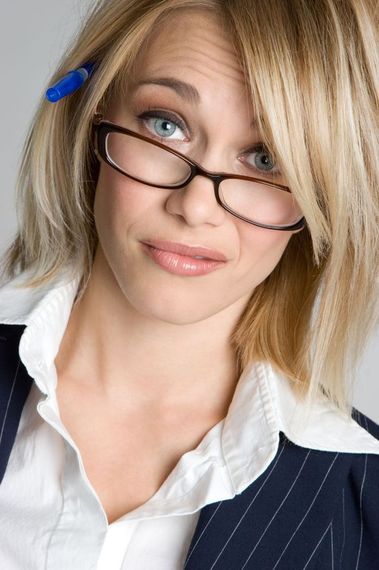 Donald Trump is accusing Hillary Clinton of playing the "woman card," saying that she wouldn't reach "5% of the vote" if she were a man. What exactly does that mean, anyway? Clinton faces the challenge of convincing America that she is both empathetic and a tough commanding leader. This isn't a balance that Trump even has to pretend to strike. So perhaps her use of the "woman card" means she is exercising that empathetic side, she is being a woman who cares about "womanish" things. Is that pandering to women? Well for goodness sakes, so what if it is? Someone has to care about women because Trump sure doesn't (at least not in this way).

Trump is playing his own card, ironically, "The Trump Card," and its implications extend far beyond the political campaign, effecting every company in which a woman holds a seat of power... or strives to.

A trump card is a playing card that is elevated above its normal rank (that fits!), is used in order to win a trick (that also fits), is used to surprise (yep), in order to gain an advantage (most certainly). Hmmm...

The Trump Card consists of sly pronouncements that reinforce negative female stereotypes. Clinton is "not to be trusted," "shouting," "overly emotional." The Trump Card is a way to divert attention from Clinton's credentials and achievements, to undermine her by sowing doubts about her qualifications and to distort her achievements into failures. Trump uses this with men as well as women, but The Trump Card he throws at women relates to gender - appealing to the stereotyped assumptions we have lurking in some primitive part of our brains.

So what is the effect of The Trump Card- at least subconsciously- for women in business? Because of his position on the political stage, every proclamation Trump makes is THX-amplified, in HD and in continuous loop. It loudly resurrects and reinforces the stereotypes of women's "weaknesses" and "unsuitability" to advance to roles with more responsibility and higher pay. While the card bears his name, he didn't invent it. It's been used against women ever since they first tried to claim their place in the c-suite. And this shows up in how their performance on the job is viewed.

Research for Fortune.com by linguist Kieran Snyder has indicated that 76% of critical feedback given to women was personality related. Words used to describe women leaders include "abrasive," "judgmental," "strident." Women's performance reviews reflect unconscious bias that discount, distort or ignore their achievement of bottom-line results, and emphasize characteristics that are viewed more negatively when demonstrated by women than by men. Only 2% of men's critical feedback included negative personality comments. Stanford's Clayman Institute for Gender Research discovered that compared with men, women receive only half as much performance feedback about their vision and their technical expertise. They receive only a third as much feedback linked to a business outcome.

And when women take risks and make mistakes as CEOs, this is seen as proof that they weren't up to the job; whereas, men's missteps are often overlooked as a hiccup.

A recent article in Linked In, describing Marissa Mayer's difficulties leading a struggling Yahoo, stated that "women get way more flak than men." The piece generated 153 comments in less than 24 hours, most from angry men, claiming that if Marissa were a man she'd get the same scrutiny and criticism. Well, not exactly. For example, there was BlackBerry's Thorstein Heins who after the company reported a $1 billion quarterly loss and cut thousands of employees, botched an offer from an investment company to buy Blackberry for $4.7 billion; there was Microsoft CEO Steve Ballmer who missed the shift from PCs to smart phones and tablets and on whose watch the company's stock fell 36%; and, Sears chairman and CEO Eddie Lampert who presided over losses of $4.5 billion and failed to invest in stores and marketing. We didn't hear so much about these major missteps, did we?

Women leaders have always had to deal with a double standard, and not only when they struggle. Assertive, confident go- getters are top performers when they are men. When they are women, they are feared, viewed as pushy, overbearing and ambitious, and get left in the dust.

But women have made great strides in finding a way to break through this double standard, to be viewed as strong and effective leaders. Some of them have led the way for other women and men to think differently about what it is to be "leading while female." These men and women have adopted her characteristically "female" actions, such as inclusiveness, empathy, self-awareness, and "we" not "I" thinking, in order to be more effective.

Now The Trump Card is being played.

Will it now be acceptable to directly or covertly assert or assume that women who aren't model-attractive and aren't deferential aren't worthy of endorsement? That women who have been recognized for their achievements, are successful and are being paid top dollar see themselves as superior? That women who work to be collaborative in problem solving and decision-making do it because they are incapable of making up their own mind? The Trump Card risks poisoning the environment in organizations where women are trying to advance and lead effectively, which would be a huge setback both for women and for their companies.