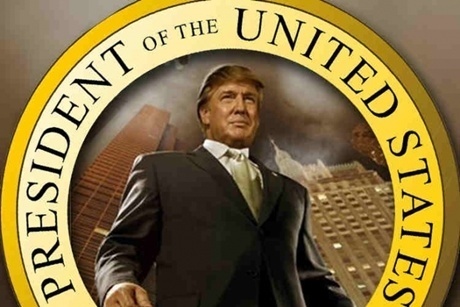 There is no shortage of blistering critiques and hopeful opinions of Donald Trump as a presidential candidate. But what there is a shortage of is a diagnostic of Trump Dynamics - analyzing the way he operates so that we can best understand why he has run his campaign the way he has so far, and, more importantly, how we should interpret him so that we can best assess how Donald Trump could be as President of the United States.

Many readers likely just squinted, squirmed or winced when reading "how Donald Trump could be as a President..." for good reason: Donald Trump doesn't fit too neatly into our mental model of what a President says, does, or sounds like.

Yet, here we are in the Spring of 2016, and it now appears that there is a real chance that Donald Trump could not only win the Republican nomination, but also win the Presidential race. Even if he doesn't win either race, his candidacy has not only made waves in mainstream political thinking, but has exposed rifts within the Republican party and many traditional voting blocks around the country.

For these reasons, it's worth deep-diving into what makes Donald Trump tick, because even if he doesn't ultimately succeed in his bid to run the country, he has already created a ready-made template for future candidates to utilize.

Note to readers: This article will neither condone nor assail Trump's character, character flaws, or unique character attributes. As stated above, this is a diagnostic, not a review. If you are looking for an opinion on Trump as a person or as a candidate that either challenges or reinforces your beliefs about him, there are plenty of hot takes you can feast upon on the interwebs.

This Trump Diagnostic will be broken out into three dimensions: Communications, Politics, and Values.

Trump's primary communication style is sales (or as Scott Adams puts it, persuasion). Persuader, salesman... these are different words for the same style and same purpose: The sole objective of all Trump communications is to get you to see things the way he sees them. Once he has done that, then you are drawn to him. He no longer needs to do any work. It's hard work on the front-end, and very efficient on the back-end. Just like in sales, the first contract is hard, and the renewals are far easier.

A politician as salesman seems to make a lot of sense since politicians need to campaign in order to get elected. However, it's actually not a common communication type. Most politicians are evangelists: They hold a set of philosophical and/or political beliefs that guide their reason for running for office. They then share their beliefs with people during a campaign in an effort to convince voters that what they stand for is what would work best for voters.

You can boil this down to the following: Sales communications is predicated on moving inventory and making the deal. Evangelism is about aligning beliefs around problems and solutions.

Trump also employs other strategic communications devices that serve him quite well as a candidate, including:

Yet, while sales is his primary communication style, he tag-teams with another style when he feels threatened or under assault: antagonism. This aspect of Trump's communication style is often misdiagnosed as bullying, and reflects his preference to convey power so that he can win. He has learned that by appearing to be the alpha dog, he can easily gain the upper hand in a confrontation or deal when he is actively belittling and disarming his adversary.

It's important to delineate antagonism from bullying, because behind each is a different purpose. Based on people who know Trump, his primary rationale for antagonizing people is to win, not because he has a deep-seated hatred or disdain for people. In fact, he has demonstrated many times that an "enemy" or "bad guy" can instantly become a "good guy" and a "friend" based on the immediate circumstances surrounding their relationship. If you're benefiting Trump, then you're a "good guy." If you are causing him problems, then you're a "bad guy." It's entirely situational.

A typical American political axis is on the "Progressive/Liberal--Conservative/Libertarian" scale on any given issue. Most successful American political figures amass most of their issues on one side or the other on this axis in order to get the political party and funding apparatus behind them.

If there is any one thing that most people seem to get wrong about Trump, it is trying to pinpoint where he is on the Progressive-Conservative scale because he doesn't operate on the this traditional political axis. Instead, his positions traverse the "Nationalist--Fascist" political axis.

Nationalism and Fascism are loaded words in our political language, and as a result they seem wrong, and for good reason. However, these political philosophies can be quite attractive if not labeled as such.

For instance, Nationalism can be compelling if you feel like your country is being infiltrated or weakened because nationalists put "you" (the citizen) first. Who doesn't like coming first? And, with America being culturally and racially a dominant neo-European nation in its past, many will presume and infer that nationalist ideas will also protect the eroding power of the existing ruling class. Similarly, Fascism is typically seen as the "third way" between capitalism and socialism, putting the profit motive at the heart of the philosophy (like Capitalism) but also happily offers national support systems like welfare, healthcare and other benefits that "you, the citizen" deserve since you are #1!

This political orientation makes policies -- building a wall (Nationalism), not reforming Social Security (Fascism), barring all Muslims (Nationalism), ensuring people "aren't dying in the streets" (Fascism) -- to seem like a grab bag of progressive and conservative positions. But looking at it through the Nationalist/Fascist lens, it makes a lot more sense.

When Nationalism and Fascism get expressed through his sales and antagonistic communications styles, we start to see uncharacteristic behaviors for a national political figure in America. This mixture has led to the recent spate of aggressive posturing and violence-baiting that have started to alienate followers who had been focused on his unique story as a self-funded outsider, while further solidifying those who are looking for a more hard-core tone and approach as a way to blow up the political status quo in Washington.

Donald Trump's values are so simple yet are still widely misunderstood. Trump's core value is making a deal. Or, as he artfully puts it, The Art of the Deal. It should be of no surprise that his seminal book reflects his core value. Springing from this core value are supporting values, including fairness, strength & power, simplicity & clarity, and, of course, winning.

Unlike most other politicians who actively lobby the voters and colleagues to believe in their prescriptions for shared success, Trump spends all of his time in the moment and getting the best deal possible based on the situation immediately at hand.

Based on this diagnostic, some of the negative accusations made toward Donald Trump align with his politics (nationalism/fascism), yet most do not align appear to align with his values. This may help explain the divergence and dissonance in feelings with regards to Trump. We are left wondering, at any given time, which is more core to Trump: his politics, his communications, or his values.

Assuming that Trump's hierarchy of psyche follows the traditional pattern, then we are left with his values informing his politics, and with his communication style being in service to both. With this assumption, we will now be able to discern Trump's values rhetoric (which is core and unmovable) from his political rhetoric (which is transient, varies based on the situation -- and often exposes him to either making things up or just downright lying).

This analysis provides us with a handy tool and guide for putting Trump's statements into the proper context. Let's briefly explore how this works.

Positions that are political, and are therefore subject to change in order to make a deal:

Positions that are based on his core values, and are therefore fundamental to his candidacy and persona:

This sample set of Trump statements and policy proposals clearly demonstrates that the vast majority of what Trump says are not based on his values, and therefore are to be taken with a yuuuuge grain of salt. Yes, many of us already know this about Trump, but with this analysis, perhaps we may now know precisely why, where and how he may change his tune. A President Trump would likely surprise people on both sides of the aisle when his deal-making ends up overriding most proposals he has put forth to-date.

Importantly, we can also discern from this diagnostic that most of the rhetoric that sounds like race-baiting, authoritarianism, thuggery and bullying reflects his politics and communication style; not his values. Meaning, most of the statements and positions that many detractors find troubling are nothing more than transient tactics designed to fulfill his core objective - to make the deal. Does that excuse the rhetoric and its affect on people? Nope. But it arguably could delineate Trump from truly dangerous and "terrifying" world leaders that his detractors compare him to.

If we can agree -- based on 30+ years of history in the public eye and parsing his statements as a candidate carefully -- that Trump's core value is making a deal and everything else he does is in service to this, then it begins to make sense why so much of what he says is throw-away rhetoric with very little enduring value. In fact, this helps explain why Trump himself puts such little stock into being accurate in his own statements!

Only when we can effectively delineate Trump's values-driven statements and policies from his tactical, political rhetoric will we be able to identify the true Trump vs. the one that is so expertly dominating the media, the zeitgeist, and the national conversation.