Can you be fearless and still be fearful from time to time?

That's doesn't mean you're contradicting yourself, it means you're human.

There's a lot of stuff out there (online) about living a fearless life. I know that because I've either read or written a lot of it. But that doesn't mean my life is completely void of fear.

Let me put it like this. Heavily airbrushed images give the illusion of perfection. In a similar way I don't want to 'Photoshop my words' and misrepresent what being a fearless woman actually means to me. 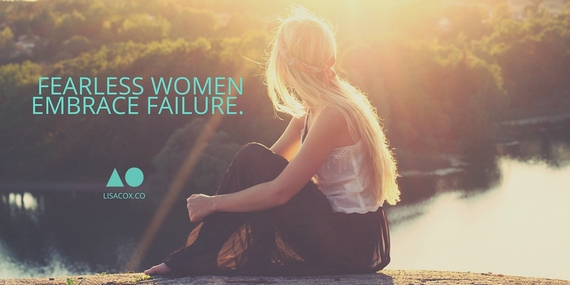 Above: One of my Facebook images about fearless living.

As someone who publicly speaks and writes about the word 'fearless' so much (and have had the word used to describe me), I thought I'd dig a bit deeper into the idea of being genuinely fearless.

On a 2015 trip to America, I metaphorically leapt over challenges and fears. I fearlessly wheeled around New York City, setting up an office (my laptop) in cafes and on park benches. I wrote a lot about the fearless lifestyle and how we can achieve it.

Then on the second last day I found myself in a hospital emergency room. It's a long story but (for the sake of keeping this brief) all you need to know is that firstly, I'm ok now and secondly, I was absolutely terrified. 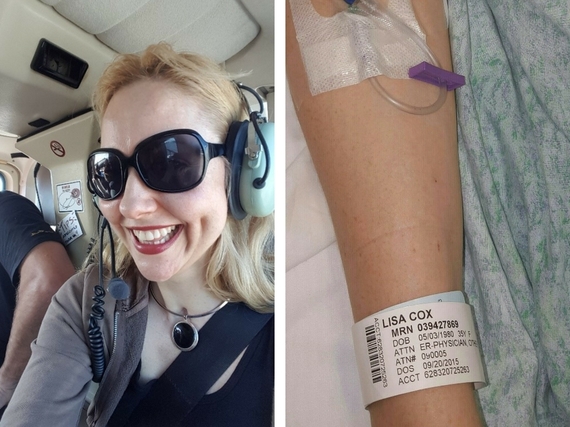 Above: From fearless (in a helicopter over New York) to fearful (in a US hospital bed).

Hospitals are never fun (and I've been in a lot!) but hospitals in a foreign country are extra distressing.

Tears and snot streamed down my face and I was definitely not pursuing a fearless lifestyle, at that time.

On my return to Australia (heavily dosed up with pain killers), an ambulance picked me up from the airport and took me to another hospital. As the medication wore off and my thinking became clearer, I began to contemplate what had unfolded over the last couple of days.

One minute I had been writing about fearless living and the next I was a fearful mess. Did this make me a fraud? Was I telling lies and writing fearless fiction?

Not at all. I'm not contradicting myself - promoting fearless living and admitting that I have fears. I'm just being honest with you.

At first glance it would appear that fearless living is an oxymoron. Life is naturally full of challenges that instil fearfulness, rather than fearlessness in all of us.

So what does fearless living actually mean?

One of the easiest ways to define fearless living may be to start with what it is NOT. Fearless living is not living without fear.

The word itself is fear-less rather than fear-never.

I want you to know that you can achieve a fearless lifestyle and still have moments of doubt, insecurity and fear.

What other fearless females have to say

In her article about fearlessness, Terri Cole, a licenced Psychotherapist says, "Fear is a feeling not a fact" and I couldn't agree more.

On the odd chance that you are being chased by a large swarm of killer bees, this might not apply. But most often, our fears stem from a story that we tell ourselves (example, what will people think of me?), rather than fact.

In reality, people aren't thinking about you! They have their own interests and insecurities to occupy their time.

Barrie Davenport lists letting of what other people think about you as a key component of living without fear. She writes:

"You will never please everyone, and it is rarely worth sacrificing yourself to accommodate some other person's beliefs about who you should be or what you should do."

It's time to roar!

I want you to know that it's normal for a fearless woman, like you, to have moments of fear and self-doubt. That doesn't make you a fearless failure, it makes you real!

My world is not perfect and I don't have it all together. Nobody does, no matter how 'together' their social media feed may look.

Admitting to fear is not being pessimistic, it's being realistic. The trick is for those moments to be fleeting, not ingrained in your life.

Well I'm so glad you asked!

For more on fearless living tips, download your FREE e-book here - Find Your Fearless - Simple Steps to Finding Fearless Freedom. It's the one I wrote in New York before I went into hospital.

That's the truth about being a fearless woman.

For more from Lisa about fearless living (plus lots of other great content), you can join her here here on Facebook too.