I recently published a long article about feedback at work and the response has been overwhelming. People everywhere have come to me to talk about this issue, because it's such a complex part of our daily life. 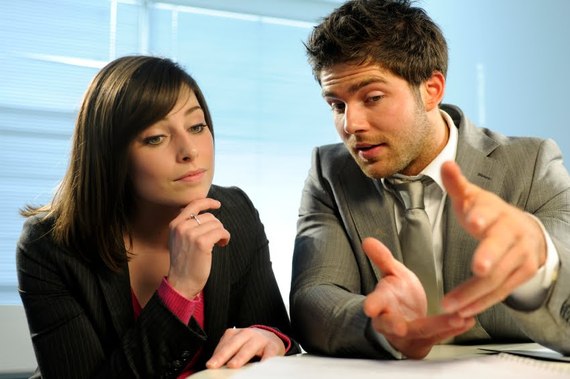 It turns out, as we all know, that feedback is a tricky subject. When someone bugs you or does something you don't like, there's a natural tendency to want to say something to them. But as everyone knows, if you don't find the right way to say it, they won't listen and you'll probably just hurt your relationship.

Much has been written about the idea of the "feedback sandwich" - saying something nice before you give them the "zinger" you really want to say, but experience shows that this doesn't really work either. People see this coming and they still don't like to hear the "constructive comments" you want to make.

It's even worse when there's a manager-subordinate relationship involved. Managers have special power over people at work because they usually control salary, promotion, and other vital parts of your life, so when they give you feedback you feel obligated to listen. That, of course, means that they can be more harsh or direct and they don't always realize they may hurt your feelings.

The opposite problem also occurs. Many managers (often technical people) are afraid to give people feedback, so they save it up until year-end. We call that the "drive by shooting" method of performance appraisal, where you get a big surprise at the end of the year because your boss was too timid to say what was on his or her mind during the year.

And then of course the problem becomes even more complicated when the feedback is about the company, the management team, or business practices. Who should you talk with? How do you raise issues without being labelled a "trouble maker?" Will middle management be willing to listen to feedback that might derail their program or projects or behavior?

My experience has shown me that most middle managers (and even senior leaders) are learning their jobs as they go, so many are afraid of criticism, making it very tricky to give "suggestions" in a way they will listen. To make it worse, managers who sponsor a new program (ie. an acquisition or new product) will be protective of projects they own, so they have defense mechanisms built in. Again this makes feedback even harder.

As the article I wrote discusses, there is a flood of new anonymous tools entering the market that are going to make this easy - but in the meantime the problem remains tricky and all of us have to deal with it every day.

Which leads me to a simple finding I'd like to share: the two golden rules of feedback.

Before you post something online or say something to someone in person, simply think:

"Is this something I would say to them face to face?" and "Is this a comment I would listen to if someone said it to me?"

While these are very simple ideas, they will guide you in the right direction. What the research shows is that good feedback has a few basic elements:

As one consultant put it to me years ago, "feedback is a gift" - a gift to give and also to receive. Wrap your feedback up in a beautiful box with a nice bow before you give it (ie. prepare it carefully) and when you receive it always say thank you.

And one more thing. Remember that a tiny bit of feedback goes a long way. People don't want to hear about all the things they're doing wrong, but if you can suggest or help others with one tiny thing, you'll make their lives a little better.

Yes, this is a tricky subject - but it's one of the most important issues in management and human relationships we deal with, so it's worth thinking about.