Some great artists are remarkably precocious: Cindy Sherman, for example, finished the famous Untitled Film Stills when she was just 26. Others, like Louise Bourgeois, are late bloomers. These differences don't simply occur by chance.

In my first post, I described how I began studying the life cycles of modern artists. Quantitative evidence from three independent sources -- auction prices, textbook illustrations, and counts of paintings included in retrospective exhibitions -- all pointed to the fact that some important modern artists made their greatest work late in their careers -- Cézanne, for example, in his 60s, and Kandinsky and Rothko in their 50s. But the same evidence indicated that other important artists produced their greatest work very early -- Picasso, Johns, and Stella, for example, all in their 20s. Why was this was the case: why did great artists do their best work at such different stages of their careers?

I couldn't answer this question until I understood what makes an artist's work his or her best. Art scholars don't treat this general question explicitly, but I found a simple answer implicit in their narratives of art history. Important artists are innovators who change the practices of their successors. Their most important works are those that present their innovations. With this recognition, I could pose the key question about life cycles more precisely: why do some artists innovate late in their lives, and others early in theirs?

I developed an answer to this question by doing detailed studies of scores of innovative modern artists. I discovered that there have been two very different types of artists in the modern era. The two types follow very different practices in creating their art, and have very different goals.

Experimental innovators are motivated by aesthetic criteria: their art is based on visual perception. Their goals are imprecise, so they work tentatively, by trial and error, frequently revising their paintings. Their uncertainty about their goals means that they rarely feel they have succeeded, and their careers are consequently often dominated by the pursuit of a single vague objective. They build their skills gradually, and their innovations generally appear late in their lives.

Cézanne was an archetypal experimental innovator. As a mature artist he painted directly, without preparatory studies. He worked slowly, continually reworking his paintings in progress. He spent the last three and a half decades of his life pursuing a vague and elusive goal he referred to as realization. Just a month before his death, he reported to a younger friend that "I am always studying after nature and it seems to me that I make slow progress." Yet he was frustrated, wondering in the same letter, "Will I ever attain the end for which I have striven so much and for so long? I hope so, but as long as it is not attained a vague state of uneasiness persists which will not disappear until I have reached port, that is until I have realized something which develops better than in the past." 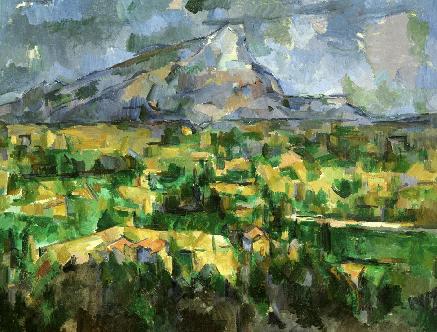 The irony of Cézanne's frustration at the end of his life was that it was his most recent work that would directly influence every important artistic development of the next generation. The greatest artist who was influenced by Cézanne was the ambitious young Spaniard Pablo Picasso, who was an archetypal conceptual innovator. Picasso's greatest single painting was executed in 1907, just a year after Cézanne's death, when Picasso was 26. Based on more than 400 preparatory studies- the largest quantity of preparatory work ever made for a single picture -- Les Demoiselles d'Avignon announced the arrival of Cubism, the most radical stylistic innovation of the modern era. The Demoiselles became the single most important modern painting- illustrated in textbooks of art history more frequently than any other work of the modern era. Picasso's art was based not on perception, but on knowledge: he explained, "I paint objects as I think them, not as I see them." 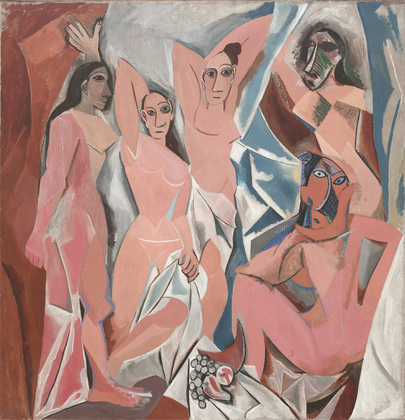 Other artists can similarly be divided into these two categories. Kandinsky and Rothko were great experimental artists, who made their paintings with visual goals, whereas Johns and Stella were equally clearly conceptual artists, who preconceived their paintings and executed them systematically. This difference in the life cycles of individual artists is of course a tendency rather than a rule: the careers of individuals are subject to many other influences, both systematic and fortuitous. Yet the forces underlying these patterns are powerful, and in studies of large numbers of artists they create strong correlations between conceptual innovation and early contributions, and between experimental innovation and late contributions. And these relationships are not restricted to painters: Cindy Sherman is a conceptual photographer, and Louise Bourgeois was an experimental sculptor.