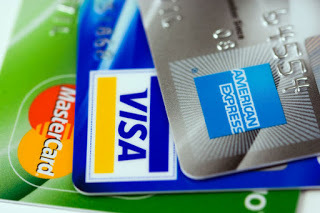 Remember the kid in high school who would never give you the right time of day? You spent four years trying to impress him or her and if nothing else they were the kindling for inchoate aspirations. You should probably thank them, as you might not have gone after the prom queen or tried to make it onto the basketball team or cheer leading squad, if it weren't for them. No matter what transpired in your life and how many accolades you got, nothing ever changed. At the fiftieth class reunion that same kid continued to have a hold over you, by virtue of the perseverance of his or her indifference--despite all you had done or didn't do. You still sought the approval you were never able to get. As painful as these kinds of interactions can be, you thought there would one day be a moment when you finally graduated and would be free enough to put creatures like this behind you. You even went through long periods when you made the grownup equivalent of the team, (having found a calling in life) and a girl or guy or tranny, depending on your orientation (having gotten hooked up or married) when you'd felt immune to such insults and assaults. You didn't need to ask anyone for validation and then one day sporting your chest full of medals, you had been stopped in front of the velvet rope to the club that wouldn't have you for a member by the latest gate keeper and it started all over again. It was as if you weren't being issued a credit card, in the literal meaning of the word; you were now not being given credit for your life's work. It could even have been your last day on earth. You were sitting in a hospital room wondering why the doctor or nurse had treated you so dismissively, even as you were about to pass out of existence and you couldn't stop thinking about them and the hold they had over you, in spite of your imminent departure. All the pain of dejection, however, might have been worth it, if only your departure from life were delayed by a naysayer unwilling to issue the proper documents attesting to your credibility as a human being!