JUST IN TIME FOR THE GIFT-GIVING SEASON, WITNESS HAS COMPILED A LIST OF SIX VIDEO CAMERAS (AND ACCESSORIES) UNDER $300 FOR ACTIVISTS 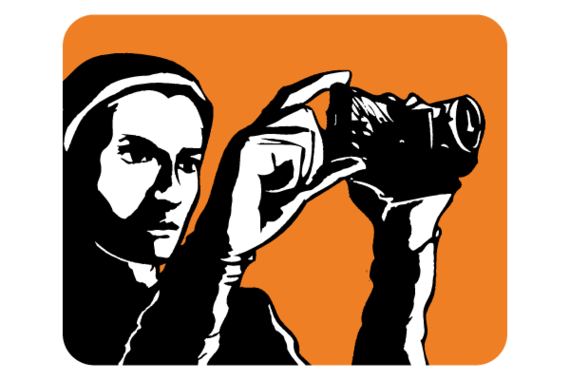 When it comes to shooting video for human rights documentation or advocacy, you may already have your hands around the best tool: your smartphone.  However, it may not be the best device for every situation or intended use of video. Our in-house video experts, Martin Tzanev and Ryan Kautz came up with six cameras for video activists on a budget.

Martin reminds us that there is a trade-off for lower prices, saying, "This is not a list of the 6 best cameras for activists." This is a list of tools, what matters is how you use them.

It is worth noting that a cheaper option can sometimes be preferable if you are shooting in inclement weather or under threat of confiscation by authorities, both of which could potentially compromise your equipment (not your footage).

Video activists may find themselves in a variety of environments--and have just as varied goals. They may be a witness to police brutality amidst a distressed crowd, documenting multiple scenes during a forced eviction, or thoughtfully gathering testimony of human rights abuses. This list was compiled with these types of scenarios in mind.

Good for: Organizing that requires videos to be shared fast (simple file structure enables fast sharing of videos online), social media campaigns, ease of use and affordability makes them ideal for distributing to a group.

Cons: Input shared between mic and headphones (can't monitor while recording), not ruggedized, no WiFI or GPS. Additionally, the external mic input located on top of the camcorder makes it possible for the mic cable to fall in front of the lens. The smartphone-like shape of the camera can make for shaky shots. Fixed focus lens limits your zooming abilities.

Martin reviewed the Zi10 ("Playtouch") in 2011 against its predecessor (Zi8) which had proven effective with partners in the past. As he sees it now, "The 'pocket camera' is somewhat outdated. Smartphones and point and shoot cameras have replaced them." Nevertheless, it is quite a practical device in areas where smartphones are not the norm.

Stand-out Feature: "It's a pocket camera' that has a mic input--qualities most low-end cameras don't have."

End of the Line. Kodak has discontinued Playtouch. Our partners still inquire about the Playtouch, which may speak to its effectiveness. Still available in places such as B&H and Amazon, supplies won't last.

Cons: Fixed Focus, no zoom, only 2 megapixel, firmware may need to be upgraded, waterproof case may block some inputs/ouputs.

Good for: Zooming in from a safe distance, versatile enough to use under most conditions.

Cons: No headphone or external mic input, joystick menu controller can be awkward to use.

The AVCHD format may require format conversion before editing and sharing online, but it's more distributable for broadcasting or working with pro editors.

Pros: Android OS means you can install apps for activists such as InformaCam and ObscuraCam, GPS tagging, in-device editing, and all other features that come with a smart gadget, cheaper than unlocked smartphone

"The Nexus 7 is better [than Galaxy Tab 3] overall EXCEPT it has no microSD slot which is a major draw back," says Martin. A limited amount of space is a general drawback of using a smartphone or tablet--additional microSD cards (Galaxy 3) or cloud storage can help get around it. The ability to rotate microSD cards helps secure your footage.

Just as the Playtouch shape (and its smartphone kin) can lead to shaky shots, the flattened all-screen design of tablets lead me to ask, "Isn't it awkward--and obvious--to shoot with a tablet?" Both reported seeing people using them a lot at protests. Working with LICADHO in Cambodia, Ryan says "the Venerable Luon Sovath will be filming with his at protests and then he can email at the same time, because it's like a computer."

Good for: Similar to Kodak Zi10 as well as recording testimony or other audio-determined projects, plus live streaming via USB.

Cons: No external mic input, short battery life, the vertical flat shape of the camera can make for shaky shots. Fixed focus lens limits your zooming abilities, bulkier than a pocket camera, no WiFi or GPS.

Stand-out Feature: "[Zoom] are known for their audio recording equipment," says Martin. "This camera has a superior built-in mic, so you can have great audio without an external mic and the video is comparable to other small cameras."

Good For: Zooming in on a shot from a safe distance, documenting evidence with still photos complementing video, photo-camera appearance may go under the radar of authorities present to suppress documentation.

Cons: No mic input, no viewfinder, no HD recording in high speed mode, not clear if geo-tagging works for video, short battery life.

Combining accessories with your camera can determine whether people will watch or share your video online, or whether it can be used as evidence in a court.
Testimony
that cannot be heard or
footage so blurred
you can't make out what is happening undermines your efforts to film it in the first place.

When choosing a camera, keep in mind accessories that will bring your video to the next level. Start off with the essentials--backup batteries and SD cards. If you're using a device that is unreliably steady when hand-held, you can stabilize it with a tripod or monopod. In crowded settings, such as a protest, you can use a monopod to raise your camera above heads as you walk.

For some cameras, an external mic is the only way to include distinct voices in your video. "Anytime there is a mic input or headset input is ideal," says Ryan. However, he continued, "The trend of low end cameras is that they are taking out more features to make you pay more money."

Martin notes a trend on the computerization of camera devices, "More and more point and shoots have WiFi, and more will have GPS as well. There are a few point and shoot models running Android OS but price is comparatively high, notably the Samsung line of Galaxy cameras."  The ability to geo-tag your footage or use WiFi to enable you to attach more contextualizing details can help to verify, and in effect, legitimize your footage.

Tools Will Change, It's How You Use Them That Matters Most

Technology evolves at a fast pace, but remember that while the tools will change, it's all about how you use them. "If you are intelligent about the way you go about it, you can
make a great film with a smartphone
," adds Ryan.

Smartphone or not, digital technology has liberated video from the camcorder section.  The multi-functionality of today's camera devices present more options for video activists to consider when prioritizing the technical resources needed to meet an objective.

Our How To page has more tips, tutorials and other resources for making human rights videos.

A version of this post originally appeared on the WITNESS blog. Anne is an intern with the Communications and External Relations team at WITNESS and an MA candidate in Nonprofit Management specializing in Media at The New School in New York.