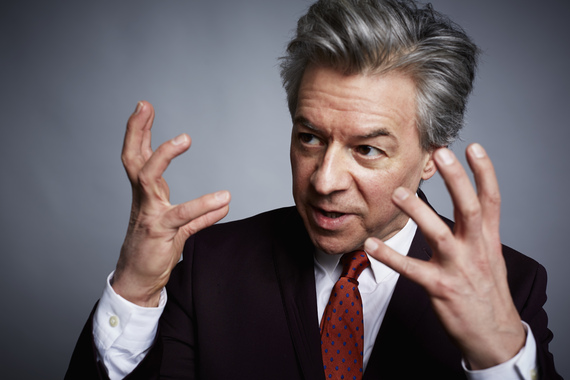 She told me my chakra was this big!

I've been talking to psychics for over 30 years. I've had crystals put all over my body, I've burned enough sage to set off a dozen smoke alarms and I've made major life decisions only after consulting with a psychic. I've been a bit too overly reliant on them. I'll admit it. But it's also been a lot of crazy fun.

My years of working with them has brought me a fountain of relatively expensive wisdom about what you need to consider before choosing someone to channel infinite wisdom.

For some reason, I've never had a male psychic. I'd love to talk to John Edward. I can just imagine what his hourly rate is. I have a feeling my 401(k) isn't big enough.

1. Never, ever choose a psychic after having more than one glass of wine. It's a sure-fire method for explaining to people why you've taken a weekend job at Target to pay for your new credit card bill from a woman called MISS HEAVEN SENT.

2. Never do a spur-of-the-moment psychic hiring now matter how desperate you may feel. Always sleep on it. The feeling of wanting to divorce your husband because he refuses to press 'start' on the washing machine will, most often, fade in the morning light. Seriously, how hard is that to push the 'start' button?

3. If the psychic has one name, like Luna or Astra, it's probably not a good idea to hire them. First and last names are best. You wouldn't hire a physician named SKYE, would you? Well, if you would then you've probably stopped reading this post by now.

4. While I'm going to assume this goes without saying, let's put it out there: if your choice of medium/psychic/Romanian woman is at a strip mall next to Wong's Fabulous Chinese Food, or sits next to a fold-out table on a city street, or inside of a storefront that looks like a well-lit disco, they're probably not the wisest person to consult with on weather or not you'll find true love or win the lottery.

5. If they say they charge by the minute, ask them if it includes a happy ending, because no psychic with real skills works that way.

6. A psychic that's more rigid than your most anal-retentive friend when it comes to watching the clock is a very good person to hire. That means they know their time is money and that's always good. And if they get impatient with your endless questions, even better. Time is money, kids, especially to the Universe.

8. All of them think they're aliens. Just go with it. It's a thing.

9. Asking a psychic the most mundane questions like, "When am I going to die?" and "What is the meaning of life?" is silly, so just stop. Always have a list of your top 5 questions in front of you before a call. Super helpful. Most psychics get on a roll and you have to kindly tell them to shut up. Don't be afraid to do this. Physics LOVE to talk. OMG. I thought I had a big mouth, but they give me a run for my money. Oh, and the biggest compliment you can give a psychic is to tell them later that something came true. They love that. We all want to be appreciated, right? And they will give you more time on your next call if you do. WINNING.

10. A genuine psychic is someone to keep in your life. A psychic with a sense of humor is invaluable. I once knew a famous author who said "The Universe doesn't have a sense of humor." She's from New Jersey, so that sort of explained that thinking. Real psychics DO exist, and they can help you in a crisis when a therapist and friend can't. Just don't call them every other week. It annoys them and the last thing you want is a reading by a pissed off psychic. It's not_fun. I would know.