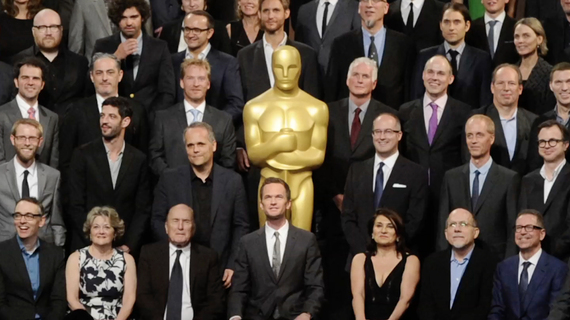 The news that the Academy of Motion Picture Arts and Sciences will double it's number of female and minority members is a welcome and overdue change. Compelled by pressure, controversy and a threatened boycotts of the Oscar ceremony planned for February 28 by a growing list including Spike Lee, Jada and Will Smith and Quincy Jones the Academy had little choice but the act. It's one small step in the right direction but the diversity issues in Hollywood run far deeper than just this year's Oscars.

The history of Oscar ignoring, snubbing or leaving out actors, directors and films focused on people of color is long and painful. The most glaring example in my lifetime was the total shut out of the Color Purple, one of the most exquisite and powerful films ever made. While nominated for 11 academy awards in 1986, it failed to win a single one and lost Best Picture that year to the decidedly mediocre Out of Africa (with Meryl Streep and Robert Redford in the leads). Even then, the calls of bias among Academy voters was loud yet little changed.

Thirty years later, the problem has barely improved. Not only are groups like the Academy overlooking minority actors, Hollywood directors continue to cast white actors to play blacks, Latinos, Asians and other minorities with shocking frequency. In 2015's Aloha, set in Hawaii, Cameron Crowe chose Emma Stone to play the Asian-American character Allison Ng, a choice that prompted plenty of backlash from Asians and Hawaiians, including a scathing article by critic Jen Yamato titled "The Unbearable Whiteness of Cameron Crowe's 'Aloha.'" Similarly, the Star Trek character Khan, conceived to be of Indian Sikh descent, was played by British Benedict Cumberbatch in Star Trek Into Darkness (2013), while Tony Mendez, a real-life CIA agent who was Mexican-American, was played in the blockbuster Argo (2012) by the film's director, the California-born Ben Affleck. Casting choices like these seem to send a clear but unfortunate message to minority Americans: "Your story may be good enough to tell. But we don't think you're good enough to tell it."

This year's controversy was not lost on Academy President Cheryl Boon Isaacs, herself African American, who pledged in a post on Twitter a few days ago that "we need to do more, and better and quickly." She seems to be making good on that promise by expanding the diversity of the Academy membership. Today Academy voters are 94 percent white, 76 percent male and average 63 years in age. Actors including Lupita Lyongo, George Clooney, Will Smith and many others have called out the obvious, albeit unconscious bias, of the group and expressed serious concern. The Academy seems to taking the problem, at least this week. The same cannot be said for the rest of the industry.

The diversity problem in Hollywood goes far beyond the Academy and touches every dimension of the industry. For my forthcoming book, The Thinnest Line, I have been looking at the importance of diversity in American life and arguing that for us to thrive economically and socially, we must do better. Hollywood is one area where there remain huge challenges. In its 2015 report on diversity in Hollywood, The Ralph J. Bunche Center for African American Studies at UCLA examined the demographics of the "gatekeepers" and the "greenlighters" in movies and TV -- that is, the people who make the decisions that shape our national culture. Among the findings:

Similarly, in its 2015 report on the status on women in the U.S. media, the Women's Media Center found that men accounted for 83 percent of directors, executive producers, producers, writers, cinematographers and editors for the 250 most profitable films made in the U.S. during the previous year. None of the year's top 100 films had a black female director. The Equal Employment Opportunity Commission is investigating the industry for gender bias and many expect the results will be serious and dramatic.

"The problem is systemic and sometimes the only way to change the system is to go out of the system and make change yourself" says Alysia Reiner, star of the Netflix hit series Orange is the New Black. She and her partner Sarah Megan Thomas launched their own production company, Broad Street Pictures to promote great roles for women. Their first venture, the film Equity is produced by, written by, directed by and starring women. It will premier at Sundance this weekend. Sundance has done what the Academy has failed to do -- set an express goal of promoting and supporting women and minority filmmakers and followed through on those committments.

The failure of the Academy to select any nominees of color is symptomatic of the larger issues facing the industry. Like other consumer facing industries, dependent on the good will and enthusiasm of the public for it's livelihood, Hollywood must do better and actors of all races and backgrounds should be calling for change. Diversifying academy voters is one piece of the puzzle but every Studio needs to also take a closer look at themselves and get serious about how to rectify this glaring liability. Without more diversity in leadership in Hollywood, the industry is doomed to irrelevance as the interests and demographics of the movie going public changes. The clock is ticking and the world is watching.

Co-Founder, CEO The All In Together Campaign. Author of Crossing the Thinnest Line