The woeful ineptitude of white progressives to engage issues of race, or even simply discuss the merits of political candidates with nonwhite voters, has been on full display during the 2016 primary season. 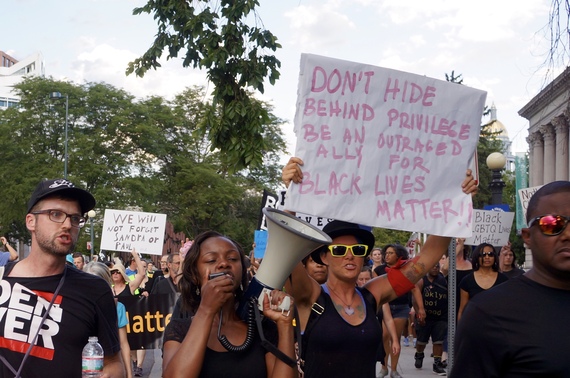 Of course, it's not just white progressives who struggle here. White people from across the political spectrum are overt racists, hold implicit biases, and/or harbor otherwise problematic, incomplete views about race. All white people fall into one or more of these categories, from vehement anti-racists to card carrying white nationalists.

In other words, there's no shortage of work for white people to do to address and combat racism. But too often, racism on the Left is neglected, or dismissed relative to the racism on the Right as a non-issue. The ongoing Democratic presidential primary is one place you can look to dispel this notion, though.

If you look on social media it won't take long to find Bernie Sanders's supporters engaging in distressingly maladroit, condescending, and paternalistic discourse with Black Democratic voters, often dismissing the autonomy of the majority who favor Hillary Clinton. You, random white Bernie supporter, might believe Bernie is the better candidate for Black voters, but you don't get to decide that for anyone, no less an entire racial group. As New York Times columnist Charles Blow put it, "Stop Bernie-Splaining to Black Voters."

White progressives need to learn to balance when and where white opinions are helpful, requested, and not imposing. White people are so used to dominating discourse and centering ourselves, we struggle with the idea that when it comes to discussing race our opinions are often ill-informed, misguided, and ultimately unwanted or rightly rejected in nonwhite spaces. Indeed, white fragility makes it difficult for many white people to even consider our whiteness.

When questions turn to the needs of historically oppressed communities, my unsolicited opinion as a white cishetero man about how they should be addressed isn't just unnecessary, it's likely downright unhelpful, and borderline oppressive. This doesn't mean I can't be supportive. It just means my role isn't to impose suggestions or critiques inherently rooted in my white perspective.

Plainly, it's not my place to try to dictate how other people fight to get free. Instead, my role is to combat racism in white spaces, to listen and amplify voices from marginalized communities, and ultimately support whatever conditions are necessary to attain their goals or get out of the way.

This is true when it comes to everything from preferred presidential candidates and tactics of resistance, to reparations, women's reproductive rights, LGBTQIA rights, the rights of indigenous people everywhere, and much more. Put simply, when it comes to what's best for other people -- especially people who identify with marginalized communities -- a lot of white progressives need to get better at knowing when to shut up and listen.

White liberal darling Bill Maher calling Black Lives Matter protestors "idiots" after Ashley Williams boldly disrupted a $500 a plate dinner put on by Hillary Clinton is exemplary of this problematic behavior. If Maher took the time to even garner a passing understanding of Black Lives Matter, he'd know employing a diversity of tactics and challenges to power across the political spectrum have been integral to The Movement's ongoing success. Instead of allying with an oppressed community fighting for survival, Maher finds himself on the side of one of two establishment political parties. How very progressive. 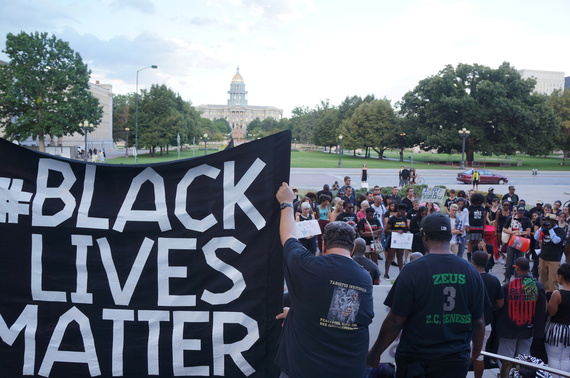 We (white lefties) need to get better at decentering our dominant identities, which can be tough when much of the world is structured, in part, on a scaffolding of white supremacy that places those identities at its center. Answering a question about the relevance of God at the Democratic debate in Flint, Michigan, Bernie Sanders shared a common attitude that unintentionally exacerbates this oppressive system of power, adherence to the Golden Rule.

Do unto others as you'd have them do unto you.

Do unto others as they'd have done unto them.

Simple. Respect difference. When someone tells you what their needs are and how they want to be treated, listen and respect their request.

It shouldn't be revelatory that people have unique experiences that influence our individual understandings of the world. And depending on our gender, ability, class, sexual orientation, race, ethnicity, religion... etc., our requests of each other following the Platinum Rule might be drastically different from what we'd impose on one another following the Golden Rule.

If you're white, cisgendered, heterosexual, middle class or above, able-bodied, male, or otherwise identify with dominant aspects of society, it's particularly important to implement the Platinum Rule. Under hegemonic conditions the Golden Rule isn't just misguided, it's downright oppressive. So, those of us who benefit from those conditions need to work toward dismantling its use, internally and externally. This is something white people could all stand to work on. But white progressives are long overdue acknowledging racism amongst our end of the political spectrum, owning it, and moving toward abolishing it. Embracing the Platinum Rule is one place to start.