The disputed region of Western Sahara in Northern Africa is the largest entity by both population and area on the United Nations list of non-self-governing territories. Although Morocco has formally claimed Western Sahara since its own independence in 1957, Spain officially relinquished its administration of the territory to joint control by Morocco and Mauritania in 1975.

The International Court of Justice acknowledged the Saharawi's right to self-determination, but King Hassan II of Morocco refused to give up the territory and instead led 350,000 people on a peaceful Green March across the border. Morocco then fought with Mauritania as well as a Sahrawi national movement called the Polisario Front for control of the region until Mauritania's withdrawal from the conflict in 1979. The Polisario declared the Sahrawi Arab Democratic Republic and gained support from the Soviet Union, Algeria, Cuba, and Libya. 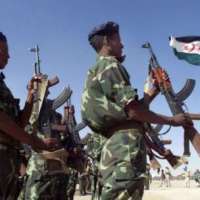 The central conflict is over determining eligible Saharawi voters for a referendum. Former Secretary of State James Baker was appointed Personal Envoy of the UN Secretary-General for Western Sahara in 1997. The Baker I plan, devised in cooperation with Moroccan and American officials, proposed an autonomous Western Sahara under the sovereignty of Morocco. The plan was rejected by Algeria and the Polisario. The revised Baker II plan offered five years of the autonomy/sovereignty arrangement followed by a referendum of all current residents of Western Sahara. Although it was endorsed by the UN Security Council and accepted by the Polisario and Algeria, Morocco ultimately did not accept the plan. Frustrated by the lack of progress, Baker resigned in 2004.

This account was compiled from an interview done by ADST with Edward Gabriel, Ambassador to Morocco from 1997-2001, in 2005. You can read the entire account on ADST.org.

GABRIEL: At various stages in its history from 1600 forward, Morocco controlled the Sahara, having taken it from the Portuguese. The Spanish took control of the Sahara in 1884. Following Spain's occupation of the land in 1884, around 1912, France and Spain further divided the country into territories.

At the end of Franco's rule in Spain, as he was literally on his death bed, Morocco was struggling to wrestle the land away from Spain and from this newly formed rebel group. At the urging of the UN, Morocco agreed to an International Court of Justice opinion on the rightful ownership of the Sahara. When the opinion came back inconclusively - stating that neither the Polisario nor the Moroccans had real claim to sovereignty, with the Court only conceding allegiance to Morocco by some tribes of the Sahara, short of sovereignty - King Hassan II organized a peaceful march to reclaim the Sahara, known as the Green March, in which more than 350,000 people marched to the Sahara and claimed it as Moroccan.

Spain quickly signed a peace treaty with Morocco and Mauritania - and eventually Morocco signed an agreement with Mauritania - turning the land over to Morocco as the "administrator" of the territory. The UN never recognized this action.

During this time, an insurgent group was formed, backed by the Soviet Union and its proxies Algeria, Cuba, and Libya, called the Polisario, to pressure Morocco to give up its claim of sovereignty and call for the independence of the Sahara. A war ensued. By about 1980, however, Morocco built a rock and sand berm, north to south, separating the Sahara from the rebels on the other side. This action stabilized the area militarily, until a cease fire was signed in 1991 with the Polisario.

Until 2000, both sides to the dispute worked with the UN to organize a referendum to determine the fate of the territory, on whether it should be dependent or remain under the sovereignty of Morocco. An effort was undertaken in the latter '90s to register qualified voters through a process of verifying whether each Saharawi citizen could prove his or her direct lineage to one of the Sahrawi tribes. There was tremendous disagreement between the parties over the criteria, but by about 1998, 80,000 people had been registered. There were another 200,000 or more remaining on appeal. The Polisario were against the appeals and Morocco wanted them to go forward.

All the while, the U.S. was somewhat suspect of the process, as we did not see how a winner-take-all process would settle the animosity in the territories. If the Moroccans were to lose the referendum they would never give up the Sahara anyway, and the UNSC [Security Council] would not force them to. Secretary Jim Baker, the personal envoy of the UN Secretary General, did not see a way out and instead preferred a negotiated settlement, but both parties had refused to abandon the referendum.

Then in early 1999, the U.S. formulated a new policy that suggested to Morocco they grant significant autonomy over the Sahara to the people living there, but under Moroccan sovereignty. This position was signed off by Madeleine Albright and brought to the region by Martin Indyk, the Assistant Secretary, in March of 1999. We promised to not support any outcome in the negotiations that did not respect Morocco's sovereignty in the Sahara.

King Hassan II was initially cool to it and found it hard to abandon a 20-year position to support a referendum on the fate of the Sahara. Martin said, "Your Majesty, we are going down a dark tunnel together on this issue and at some point a wedge will be driven between us." He told the King that a winner-take-all referendum was not in either of our interests.

I met with King Hassan on July 20 of 1999, three days before he died, the last business meeting he had in his life, for an hour and twenty-five minutes. That's when he informed me that he was now prepared to change course....

King Hassan started the meeting by saying that he now felt the Western Sahara had to be solved with "an African solution, not a Texas solution." I took that to mean that since Bouteflika had just been elected President of Algeria, he would work directly with him to find a way forward, and that the UN effort, through [Texas native] Secretary Baker, would take a back seat.

Following the last and very moving meeting with King Hassan, I was able to brief the new king, Mohammed VI (at left), on the evolving Sahara policy and the new U.S. position. A series of meetings were quickly set up with the new king, the first being with Secretary Madeleine Albright on September 1, 1999, his first official meeting as King, only forty days after his father's death. By the end of September, the U.S. reached an understanding with the King for a negotiated settlement that would provide autonomy under Moroccan sovereignty. 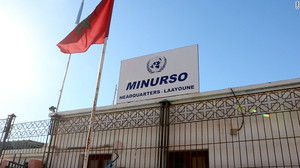 The next step was to convey the U.S. position to Secretary Baker and seek his agreement. He had always been for such a negotiated settlement but had been rebuffed in the past by both parties. He finally met with King Mohammed in February or March of 2000 and reported back that in fact he was convinced the King was ready for a sovereignty/autonomy solution under "internationally accepted standards."

It took Baker until April 2001 before he finally announced what is commonly called Baker I, or the framework agreement, outlining his proposal for an internationally accepted form of Saharan autonomy under Moroccan sovereignty. Morocco quickly accepted the offer to negotiate within this "framework" agreement. The Polisario and Algeria rejected it.

In February of the next year, 2002, Baker went to Rabat to follow up on his Algerian meeting. The King was informed that Bouteflika did not accept the framework agreement and instead Baker was now suggesting a partition of the territory between the parties. I'm sure it was difficult for King Mohammed VI to believe that in less than a year Baker had reversed course. The King had overturned twenty years of his father's policies, at a very vulnerable time in his new reign, and had taken a chance with the U.S. on a new way forward.

Within a year of the deal, the rug was being pulled out from under him, or at least that is the way it looked. The King came to a terrible realization. Whereas under Clinton the King of Morocco had enjoyed a strong bilateral relationship on the Sahara, as well as a distinct but coordinated multilateral dialogue, most recently through Jim Baker he was being now relegated to a multilateral relationship only. It was said that even in his briefings on the Sahara as the new Secretary of State, Colin Powell said, "I don't have to worry about this issue. Baker is handling it."

King Mohammed quickly went to Washington for his first official visit with President Bush in April of 2002. Later that spring, Baker proposed four possible solutions to the Sahara:

1) no action, the UN would cease to be involved;

2) the framework negotiations, which Morocco supported and the Polisario and Algerians refused;

3) a partition of the territory, which no one publicly was admitting to support or endorse; and

4) a referendum for independence. 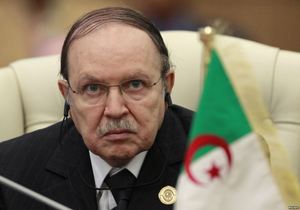 These options languished for nearly a year, until Secretary Baker decided to table an ultimatum. He had laid down yet another proposal in April of 2003 known as Baker II, in which the Polisario would be allowed to administer the Sahara and run the territory for five years under an autonomy regime, after which time a referendum choosing autonomy or independence would then be held among all citizens of the region.

In August of 2003, due to a fairly negative UN resolution against Morocco, and in a direct discussion with Baker, Morocco was threatened by Baker to accept the new proposal offered or face UN Chapter VII [which allows the Security Council to take military and nonmilitary action to "restore international peace and security"] sanctions. The King, again, was taken aback by such heavy-handed tactics. It was obvious that a bilateral discussion between the U.S. and Morocco on the Sahara was nonexistent and the original agreement with the United States on this issue was deteriorating.

In September 2003, a definitive and policy-changing meeting occurred between King Mohammed and President Bush during the United Nations General Assembly meetings. This would finally put on track a serious bilateral discussion between both countries regarding the Sahara and lead to the policy that was publicly announced in April 2008. Baker resigned in April of 2004.

The current policy of the U.S., which is actually the understanding originally stated in 1999, reaffirms that Morocco's April 2007 proposal, granting autonomy to the people of the Sahara, is credible and serious and should form the basis for negotiations between the two parties. It also states that the only solution to the Sahara can be an autonomy/sovereignty proposal and that independence for the Sahara is not a realistic solution. 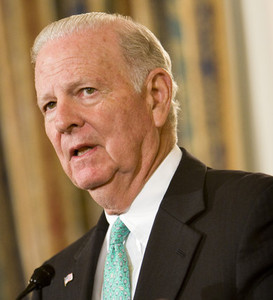 However, the UN and international legal experts recognize other forms of expressing self-determination, such as elected leaders of a group leading a negotiating team, for example the Polisario. Or, a negotiated settlement that can then be subjected to an up or down, yes or no vote of the Saharawi people. There are many ways to address the issue of the Polisario wanting to find a solution that fulfills the concept of self-determination. One has to wonder, however, whether they are more concerned about a struggle for power....