Pictures of the cutie-pie dogs would have been enough.

The Unexpected Pit Bull's 2015 calendar is not only replete with the most adorable of canine mugs, it's also full of amazing pet rescue stories sure to warm hearts and help dispel prejudices against pit bulls.

Which is the point of the project. 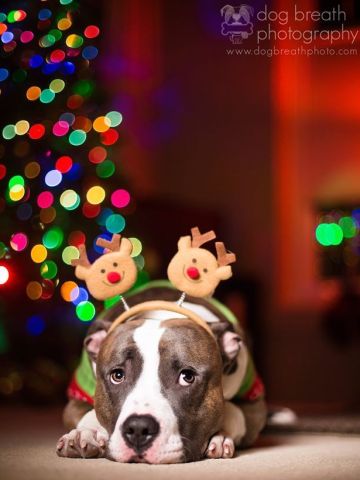 This is Joshua, Mr. December. His owner told The Unexpected Pit Bull he "is my light in all the darkness...Because of him, I know love in its purest form." Photo Credit: Dog Breath Photography

"The vision for The Unexpected Pit Bull calendar is to boldly and unexpectedly showcase true stories of adopted and rescued pit bull dogs who share their lives with loving families," says Hanna Fushihara, who helps run the nonprofit.

The group raises money for animal welfare and rescue -- and also works to dislodge harmful stereotypes.

"We hope that we reveal to the world the beauty, comedy, exuberance and friendship of pit bulls," Fushihara says.

Fushihara is urging folks to hang the calendars not just inside their homes, where they'll be seen by those who are already part of the ever-growing community of pit bull fans, but also in offices, shops and other locations, where the images and heartfelt stories might actually surprise others. 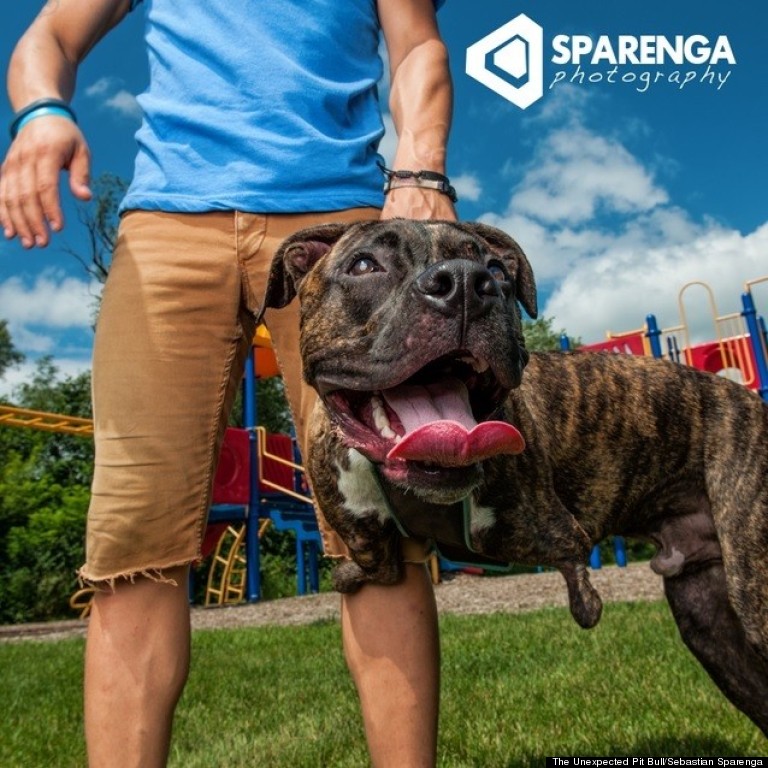 August's model is Cole, who was adopted out of Chicago's city shelter. Cole, a blurb in the calendar tells us, "was born with no front legs, just short little nubs." Kimberly Boshold and Kevin Koster adopted the pup about a year and a half ago. Since then, he's learned to scoot around in a wheelchair and to enjoy the pleasures of lounging around on a couch or begging for food -- and he's become something of an internet celebrity. Photo credit: Sebastian Sparenga Photography

"Some segments of the population mistakenly believe pit bulls or any dog that may look like a pit bull to them to be dangerous," she says.

"But to those of us who have had the pleasure and honor to have known and loved a pit bull dog, the loving relationships we feature are all totally expected." 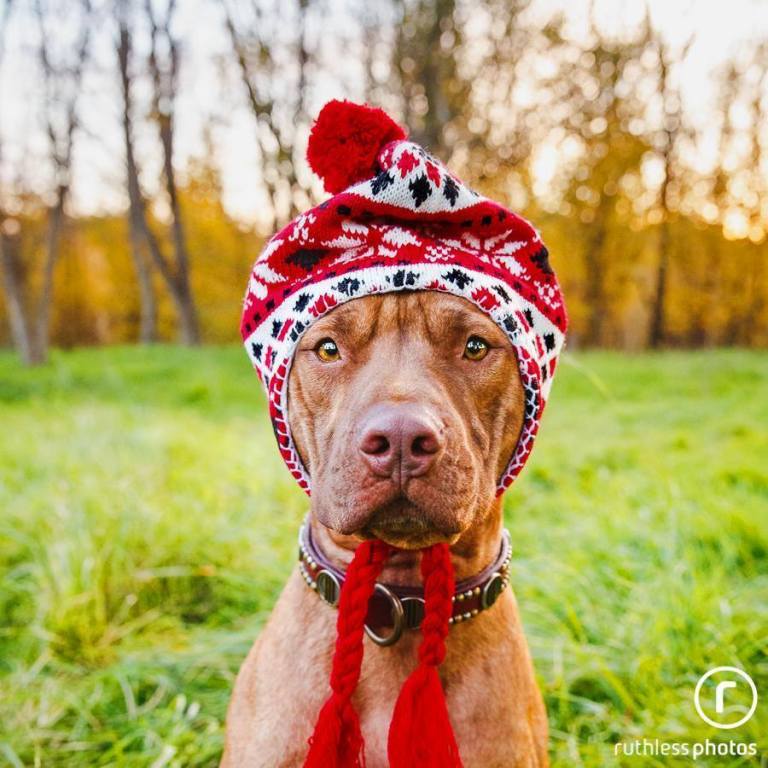 Daxter was "taken from his family and impounded," according to the October blurb, because of a law in his Australian state banning pit bull ownership. He was then adopted by a new owner who lives in a different state, where "he loves everyone and greets them by wiggling his bum." Photo credit: Ruthless Photos

Order The Unexpected Pit Bull's 2015 calendar, available for $18.99, here. Head to the group's Facebook page for more adorableness than you'll be able to stand.