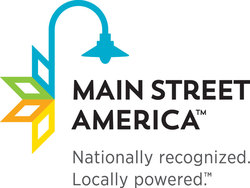 The holiday season represents a critical period for American retailers, with the period accounting for nearly 20 percent of overall annual retail sales, according to the National Retail Institute. As such, shopping patterns during this time provide an important glimpse into the American shopping psyche. Judging from results of this year's shopping season, Americans have made a bold and very significant statement regarding shopping preferences. While much of that news has focused on the increase in cyber retailing, what has been missed is the growing shift within traditional "bricks and mortar" shopping patterns.

Figures released by the National Federation of Independent Businesses and American Express indicate that more than 95 million consumers shopped at small businesses on Small Business Saturday in 2015, an increase of 8 percent over 2014,with total spending reaching $16.2 billion (an increase of 14 percent from 2014). In sharp contrast Black Friday spending, according to retail research firm Shopper Trak dropped from $11.6 billion to $10.4 billion.

What is becoming increasingly obvious is that consumers are seeking places and spaces that offer more experiential and socially engaging opportunities. What they are looking for is embodied in the intersection between small business ownership and Main Streets across America. It's at this intersection that we find unique product offerings and the spirit of "mom and pop" ownership, rooted within an eclectic and often historic built environment.

Robert Putnam, the famed Harvard professor known for his work on civic engagement, characterized society's yearning for interaction as important to building as sense of community and social fabric. While competition for retail spending remains high, this holiday shopping season has provided a visible sign that this sense of community belonging and the opportunity to connect with people in interesting places and spaces is important to the overall shopping experience.

And that's a great victory for consumers, small businesses, and Main Street America.