My own words echo in my head like a bad dream, "Meet me at Track 4 in the Cairo train station at noon. You can't miss it." As I gaze down at the massive construction pit that used to be Track 4, fenced off from all pedestrians, I feel that this is the beginning of a disastrous voyage. The couple I am supposed to meet has not been to the Middle East before, and we are taking advantage of the lull in tourism post-Arab Spring. Prices are low, but tensions are still high. The train to Alexandria is unlikely to wait for a group of confused Americans.

Locals swarm around me like speeding insects, buzzing with urgency, places to go, and trains to catch. I have only one purpose in mind: find my travel companions.

I run up and down the tracks, peering into windows, faces, and doorways. I start to sweat, both from the rising temperature and the panic welling up inside me. As I round the corner near what can only loosely be considered a cafe I hear my name being called from inside. There are Reagan and Courtenay, calm as can be with their new friend Mido, sipping on Turkish coffee and fanning themselves in the heat. "There you are," Reagan smiles, "I knew you'd find us eventually!" In Cairo for less than 24 hours, they have already made friends. Turns out they spent all night out in the city, eating Koshari and smoking hookahs with Mido. I think I hear Courtenay respond to a nearby patron in Arabic. 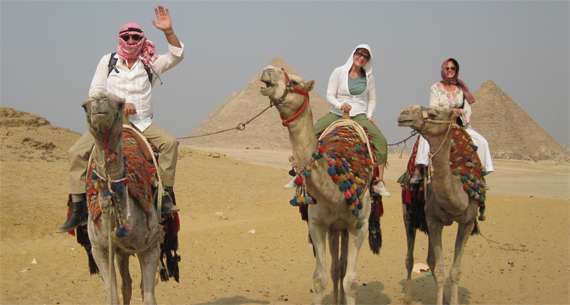 Travel is unparalleled in its ability to change perspective. What could have resulted in anxiety and drama turns into a great story and new friends. The rest of the journey is just as serendipitous as the beginning: Alexandria with its mystique; Cairo with its glamour; the Nile with its allure. Best of all, we are practically the only visitors there. Imagine discovering the ancient mysteries of the pyramids, and the Nile, all devoid of tourists, with friendly Egyptians guiding the way. Excitement and energy envelope us as we ride the train to Alexandria, the countryside giving way to the city and the blue waters of the Mediterranean.

Often in travel doing the unexpected makes all the difference. We never would have considered Egypt if it wasn't for a flyer from Destinations & Adventures, with stunning photography touting its beauty, plus cheap fares due to the upheaval. Friends thought we were crazy to consider it. We knew we were crazy not to.

Here are six places where you will be more likely to encounter the unexpected than busloads of fellow tourists.

Unexpected: Most people think of Costa Rica for eco-tourism, but Samana offers fewer people and a rich culture of food, rum, and music.

Hate all-inclusives and tacky tourist traps? Me too. The Dominican Republic is an emerging eco-destination with more to offer than all-you-can-drink resorts and sun-burnt vacationers. Samana, a remote province, rewards the journey with pristine beaches, waterfalls, mountains, and exotic birds. Thousands of humpback whales winter in Samana Bay, with plenty of eco-friendly excursions available for viewing from January through March. Picnic on the beach while cooking fresh catch of the day, body surf with the locals, zip line high above the treetops, sail to a bird sanctuary near a secret beach: These are all part of the Samana experience. To slumber in a rainforest, stay at the Tree House Village and climb into branches holding open air rooms. The seafaring can go yachting at the Bannister Hotel, where boats sail directly from the hotel to snorkel, dive or whale watch. 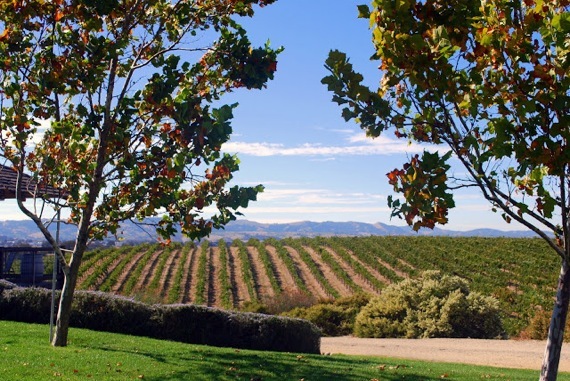 Unexpected: Wine lovers flock to Napa, Sonoma, and Santa Barbara, but unassuming Paso Robles is all heart, with competitive wines.

Eccentric Paso Robles serves up personality with their wine. Located in between Los Angeles and San Francisco, Paso is the place to go for travelers who want intimate tastings, small batch production and wild stories from the winemakers themselves. A cellar tour with Eberle owner Gary Eberle is a must. A pioneer of winemaking in Paso, he is a former football player and biologist turned winemaker and bon vivant. At Le Cuvier oenophiles sip limited production wines not available anywhere else. Request a food pairing in the library, but be careful not to upset the black Ducatti synonymous with quirky owner John Munch. His tasting notes match his flair. "More jewels than the Italians left with the Abyssinians," describes a 2001 Cabernet Sauvignon. For a taste of the Iberian peninsula, downtown Bodegas produces Spanish and Portuguese varietals. Owner Dorothy Schuler is a former journalist and her larger-than life-persona fills the tasting room. Stay at the new luxury villa resort Allegretto and stroll amid the owner's personal global art collection, or get cozy at the SummerWood Inn, a contemporary farmhouse for foodies.

Detroit -- A Phoenix Rises Up 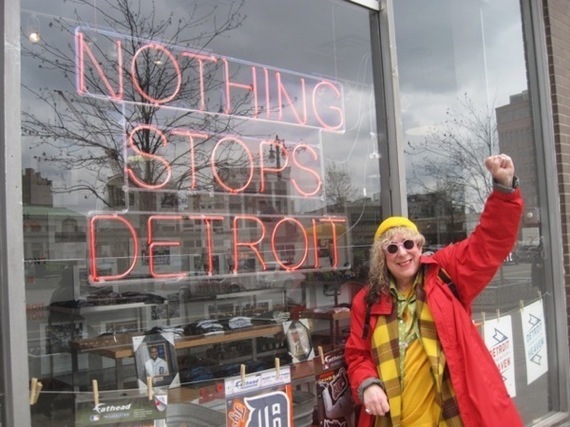 Unexpected: The Motor City reemerges as an undiscovered cultural and hipster haunt.

It's rare that one commercial can transform a destination's image overnight, but the 2011 Eminem Super Bowl ad--the one where he drives through the city to the rising sound of gospel music--did just that. The New York Times dubbed it "a Midwestern TriBeCa." A friend, Laura Grover, sings "The D's" praises as well so I asked her to weigh in on what makes Detroit the latest unexpected hot spot. She told me, "I had the thrill of being introduced to Detroit through the amazing Detroiter Allee Willis when she started developing Allee Willis Loves Detroit. I fell hard for Detroit the very first time I was there." 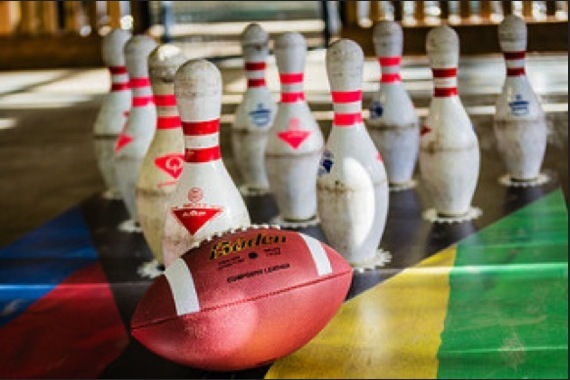 Don't miss the the Detroit Institute of Arts, a world class museum. Shinola in bustling Midtown showcases beautiful American-made goods, from watches to bicycles. The block is pumping too with Jack White's massive Third Man Records Store recently opened next door. Two unforgettable eats are the London Chop House, a prominent classic restaurant, and Vinsetta Garage, set in (you guessed it) a garage, boasting custom Detroit grub. There is rich architecture to be seen like the Guardian Building, as well as powerful arts initiatives such as the Heidelberg Project. Detroit never stops reinventing itself and its locals are also its inventors. Take the latest craze "fowling" for example, offered at the Fowling Warehouse. It's bowling meets football. In a bar. Get hooked.

Colombia -- Not Just for Shakira Anymore 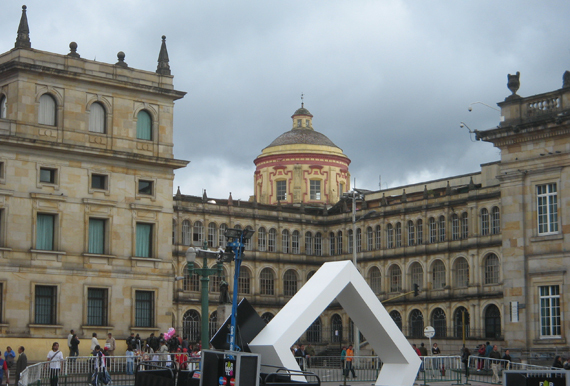 Unexpected: For some edgy travelers a "crime-ridden drug haven" is alluring, but not to most. Good thing Colombia hasn't held that title for years.

Colombia surprises at every turn. Bogota is chic, artistic, and delicious, with a modern meets Spanish Colonial vibe surrounded by the Andes. The booming middle class makes for countless opportunities to eat, drink, and explore. I discovered dueling female celebrity chefs, Leonor Espinosa of Leo Cucina y Cava, and Estrella de los Rios, a fiercely independent chef who cooks for guests in her own house. Both were gastronomic delights, in completely different settings. In addition to his own works, renowned artist Fernando Botero's museum houses a fantastic collection of 20th century modern art in an intimate space. Cartagena is sultry and lures party people and Anthony Bourdain fans.

Is that Fiji? Nope, Colombia.

Just off the coast is Rosario Island's Isla Grande where bird watchers can see rare South American birds at a bird rescue and sanctuary. A detour into the mountains to visit Villa De Leyva is rewarded with hobnobbing among Bogota's elite vacation crowd. The town is picture perfect, cobble-stoned and boasts the largest main square in South America. Duruelo, perched atop a small hill, overlooks the city while providing a spa and tiered pool for weary travelers. Colombia has been a well-kept secret for years, but it won't stay that way for long.

Uzbekistan -- Doesn't Everyone Want to Say They've Been to a "Stan"? 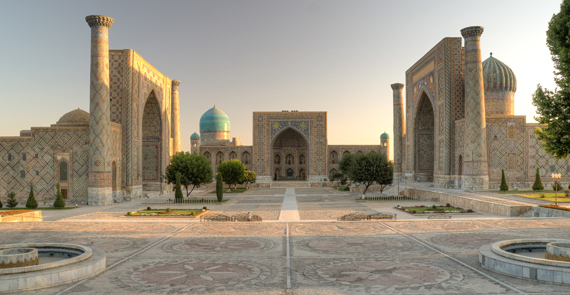 On the Silk Road in Samarkand (via Wikipedia)

Unexpected: Move over Morocco and India, the Uzbeks have markets, centuries of exquisite architecture, and rich textiles too, without being trampled by tourists.

Uzbekistan conjures up ornate buildings embedded with brightly colored tiles in hypnotic patterns. The region is bewitching, a cultural crossroads for Central Asia where the ghosts of Alexander the Great and Ghengis Khan still gallop through dusty roads. Tourism has always focused on the UNESCO world heritage sites of Samarkand, Bukhara and Khiva. Samarkand must be seen to be believed, impressive for its architecture and beauty, as if the entire city was an Aman Resort. Tashkent, the capital, is surprisingly modern with parks, rivers, and glass buildings reflecting the greenery, while still honoring their past. The central market bustles with food and locals in traditional dress. The Hotel Uzbekistan looks like a Jonathan Alder mistake, but its dated facade adds to the charm in a place that has been through so much history. Have a drink atop the hotel for great views of the city. Enjoy one last bowl of plov and a shot of Uzbek vodka as the sun slowly sets over the Silk Road.

Egypt -- An Archeological World Treasure at Half the Cost 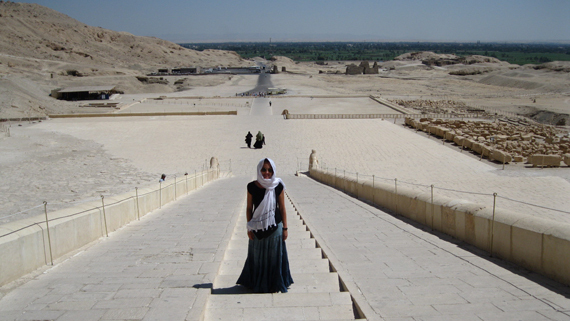 Valley of the Kings: What if the pharaohs threw a party and no one came?

Unexpected: For obvious reasons tourists are afraid to go there, but now is definitely the time to check Egypt off that bucket list.

Jim Berkeley is an award-winning travel specialist and an Egypt aficionado. He is also one cool dude and most likely a secret Indiana Jones. He persuaded me to go to Egypt and his passion has continued to inspire my archeological interest. Egypt's gift to the world is its incalculable number of archaeological treasures. Travelers get glimpses into the past while walking around Luxor temples and feel the power of the pharaohs. "Imagine being an ancient traveler," exults Berkeley, "being in a camel caravan for weeks or months, and suddenly coming upon the Pyramids on the Giza Plateau! Sheathed from top to bottom in sleek, polished white limestone, capped by a golden Pyramidian, they must have been absolutely mind-boggling to see! Not to mention the massive Sphinx in front of the three giant Pyramids. No wonder the pharaoh was considered a God." 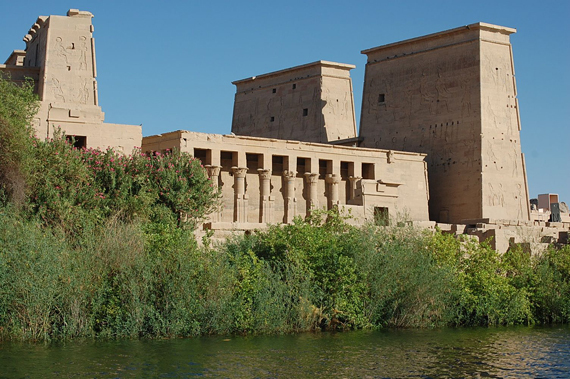 Now is the perfect time to cruise the Nile, prices are low and Egyptians are always friendly and eager to show the world their ancient and modern culture. To get even further off the tourist track head way south along the Nile to Nubian territory. The immaculately restored Philae temple rests elegantly on a tiny island near Aswan. You just might have this ancient treasure all to yourself. 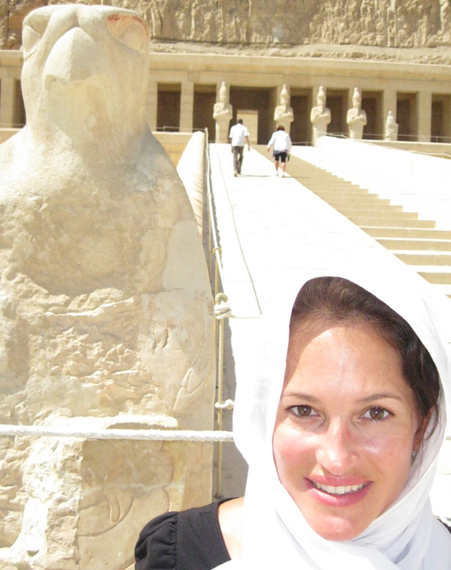 What are your favorite Unexpected Destinations? List them in the comments!