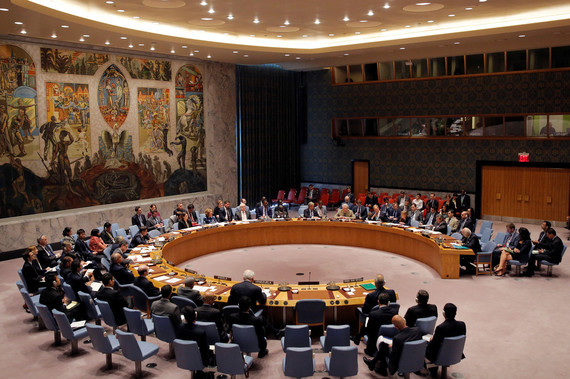 The impending appointment of a new United Nations secretary general provides an excellent opportunity to address some of the shortcomings in current processes - but the Security Council may not be totally on board.

First, the good news: the selection of a new UN secretary general in 2016 has proceeded in a much more transparent manner than ever before.

But by rejecting two important proposals - that it recommend more than one final candidate to the General Assembly, and consider a single non-renewable term of seven years - the Security Council has effectively nullified the effect of all the other innovations. This part, as you will see, is not so good.

A campaign for a better selection process

In early 2015, a highly respected group known as The Elders issued a document titled A UN fit for purpose at the Munich Security Conference.

It suggested, among other things, that the choice of the next secretary general should not be made behind closed doors by the five permanent members of the Security Council. Instead, it recommended an open search for the most qualified candidates, irrespective of region or gender.

The Elders's document also suggested that the new secretary general would be more independent if the Security Council chose more than candidate and extended her or his term. Citing the integrity provisions of the UN Charter, it condemned the practice of offering member-states high-level posts in return for selection support, noting that it seriously undermined the UN's reputation.

This triggered the launch of a campaign called 1 for 7 Billion, which developed seven proposals to improve the selection: a dialogue with the candidates; clear selection criteria; more than one candidate to be recommended by the Security Council to the General Assembly; a longer non-renewable term; gender equality; a formal and clear timeline; and no bargaining for posts.

Many UN states supported these proposals, most notably the Accountability, Coherence and Transparency Group, which comprises 27 small and mid-sized countries, and the Non-Aligned Movement, which has 120 members and 15 observers.

In December 2015, the presidents of the Security Council and the General Assembly sent a letter to all member states requesting that they nominate candidates with:

In the end, 12 candidates - six women and six men - were nominated, and their CVs and vision statements were posted on the UN website. Between April and June 2016, the General Assembly conducted informal dialogues with all of them.

Today, out of the initial 12 nominees, three have dropped out and another has joined, leaving ten candidates in the race (five men and five women).

The nomination of an equal number of men and women for the post was a significant milestone. Over the past 70 years, only three times have women ever been proposed as candidates.

In 1952, the Soviet Union put forward Lakshmi Pandit of India among four candidates from developing countries. In 1991, the Norwegian Gro Bruntland was proposed, but all agreed that it was time for an African to lead the UN.

In 2006, Vaire Vike-Freiberga, ex-president of Latvia, was nominated by the Baltic states, but she also fell victim to regional rotation, as Asian countries demanded to have a go.

By the logic of the informal principle of regional rotation, it's now Eastern Europe's turn. Not surprisingly, eight out of the 12 candidates in the original selection period came from that region. But the candidate who is coming first so far is not Eastern European. The former Portuguese prime minister and UN High Commissioner for Refugees, Antonio Guterres won a set of straw polls between July 21 and September 26, without behind-closed-doors deals.

Guterres presented a very strong vision statement and addressed the General Assembly in April confidently. Having experience of UN circles, he knows the system well and has the right contacts in New York and, critically, in most of the capitals of the 15-member Security Council.

More clarity will come on October 5 with the introduction of colour-coded ballots, with the permanent council members -- Britain, China, France, Russia and the United States -- using one colour. If any candidate receives a "discourage" from a permanent member, that will clearly signal lack of support.

Even if 2016 marks a first step in the right direction - having resulted in some clearer criteria on, for example, gender equity in candidate lists - the UN still has a long way to go in modernising the process leading to the nomination of the secretary general.

The Elders' more-than-one-candidate proposal is the most important innovation to have emerged in this cycle. The argument against it is that a vote in the General Assembly could be divisive, and that if the new secretary general won 55 percent-45 percent, she or he would end up starting the job with support of only 55 percent of member-states.

This is preposterous. In the past, the secretary general has started day one in the role not with 55 percent support, but considerably less: only the 15 states on the Security Council have historically even known who he was.

There's no need to cheer a new secretary general in the way North Koreans cheer their leaders. And indeed, new Secretaries General would feel more confident of their mandate if selected by 100 member states in the General Assembly, rather than by the five main Security Council members (the ten rotating members usually obey the permanent ones).

A vote in the General Assembly may be divisive, but it will allow the new secretary general to act as a unifier. She or he can ameliorate the situation by, for example, appointing the runner-up as deputy.

Most importantly, the more-than-one-candidate idea would have brilliantly solved all other issues, such as gender, regional rotation and bargaining for posts, thus perfectly materialising the dreams of the Elders. It could have left the General Assembly to decide between a woman and a man as final candidates from two different continents, safeguarding the Security Council from criticisms of having neglected a good candidate due to gender or region.

Nor would proposing two candidates to the General Assembly reduce the Security Council's powers. Its five permanent members can still exercise all vetting options, remove unwanted candidates, and end up with two names that are equally acceptable to them.

Most importantly, the more-than-one-candidate idea would make unsavoury bargains more difficult. If candidates need to offer favours to 193 states instead of 15, they would probably eschew bribing altogether, and focus instead on quality.

The opponents of the single, longer, non-renewable term also make a flawed argument saying, if we end up with a good candidate, why should we limit to seven years? They often raise the example of Kofi Annan, considered by many to have been a great secretary general who was selected through the old methods.

Well, first of all, one cannot be lucky every time. And I would question why, in the opposite scenario, the five permanent Security Council members were so cynical in not only keeping Kurt Waldheim for two terms as secretary general, but also in strongly supporting him for an unprecedented third term in 1981, despite global opposition.

The Chinese, who opposed his second term in 1976, had to use their veto 16 times to finally remove him from the UN Headquarters as his Nazi past was exposed.

At this point, the Security Council should not be worried about finding a replacement seven years from now. Precisely because the new selection process is so open and allows for the consideration of a long list of strong candidates, there will always be a similarly well-qualified, if not better, candidate to choose from in 2024.

But it's worth noting that longer non-renewable terms have been applied with remarkable success in various international organisations and tribunals.

The chance that the Security Council will adopt the recommended changes is, at this point, minimal.

What the General Assembly can do next time, though, is take a stand against favours and reiterate the progress made towards transparency. The General Assembly should inform the Security Council that it will refuse to approve anybody, if given only one name to rubber-stamp.