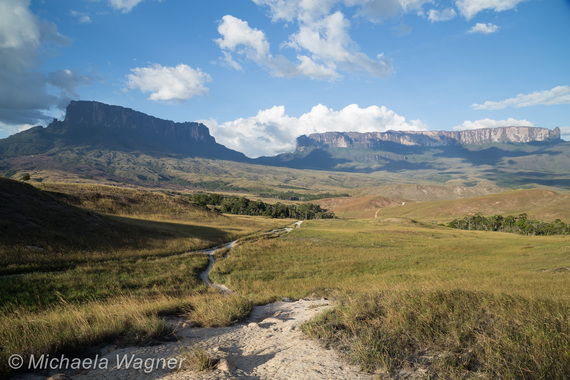 On the triple border between Brazil, Venezuela, and Guyana lies one of the crown jewels of Canaima National Park. Mount Roraima is a 2-billion-year-old, 3,000+ meter high rock that served as inspiration for the wondrous landscape in the film Up. Any hikers visiting South America should consider putting this exploratory excursion of an entirely unique lost world onto their 'must-do' list. While you can buy a tour in either of the three countries, Roraima is by far most approached from Venezuela's Gran Sabana region and, with rampant inflation, it's unquestionably the most economical option. 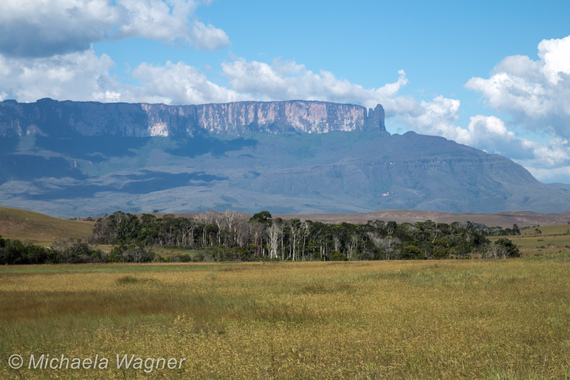 My friend and I arrived in Santa Elena de Uirnen on Friday, hoping to book a tour leaving in the next day or two. You can book tours ahead of time, but being the lax planners that we are, we added the destination as a whim after meeting up in Manaus, Brazil to travel together for a few months. Even so we found a group leaving the following day for a six-day excursion for roughly $200/per person (this included food, tents, and porters for everything except personal belongings). This was the shortest time package, the longest being ten days, and gave us a day and a half at the top. We took it not wanting to spend too many days in the relatively lackluster town excited to climb. 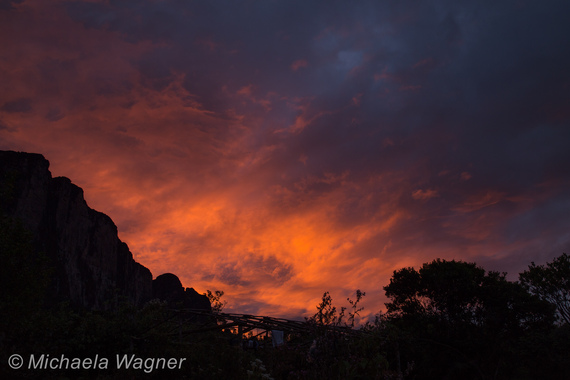 We left Santa Elena the following morning around 10 a.m. to make the two-hour drive to Paraitepui, the tiny Indian village, to pay the 50 bolivar entrance fee and begin the 2-3 day approach to the mountain. After a quick and simple sandwich lunch, the rest of the day was spent walking up and down the golden, green grass-covered rolling hills of the Gran Sabana past patches of trees. Aside from the grueling heat and a steep incline or two, this day was relatively easy hiking. The porters assembled the tents at a modest base camp close to a river. The bright and clear day gave way to a warm night and one of the most radiantly starlit skies I have ever seen in my life. 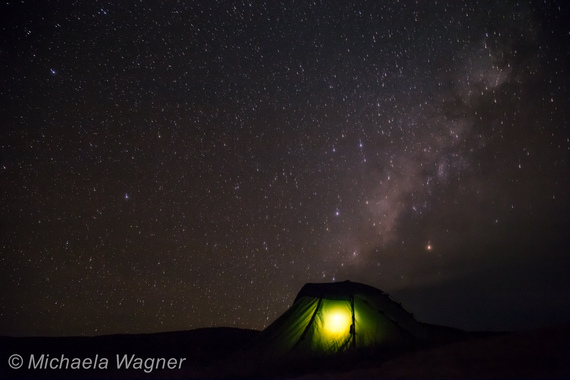 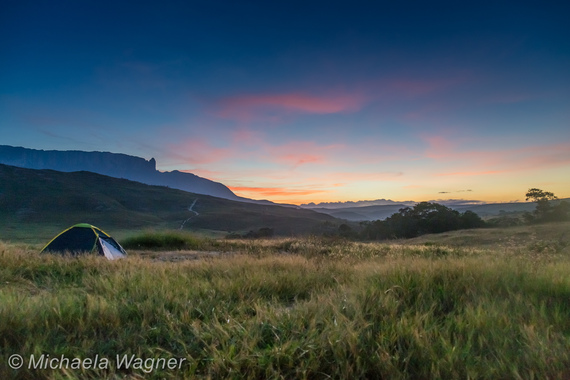 The next two days were shorter treks, but with more climbing that would bring us from the merciless heat of the sun and plunge us into the jungle vegetation of the mountain's wall-like cliffs. While the clear destination is the peak itself, the journey through the intensely saturated landscape may very well end up being what you like best. During the high season (December - March) there's more trekkers and less rain, but we managed to escape torrential rain during the days (and almost all the nights). 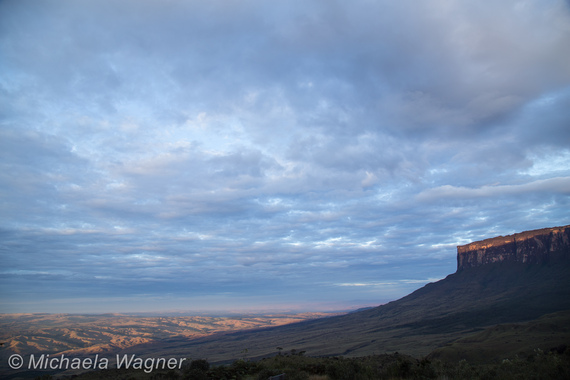 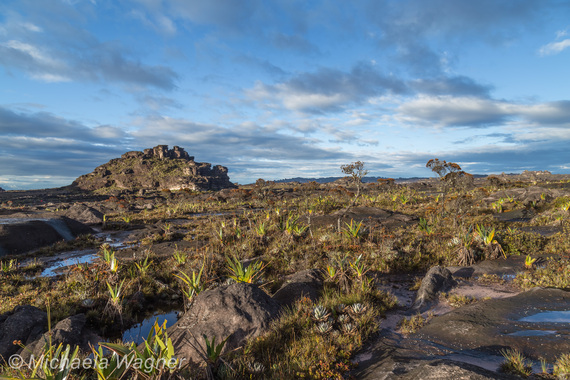 Then there's the top itself, is 30+ square kilometers of rock mazes, plant filled pools, and crystal-strewn ground that would have left us completely lost without our guides. Even with a fairly extensive repertoire of amazing views, I still found the window overlooking the jungle-lined cliffs of the Guyana side jaw-dropping. 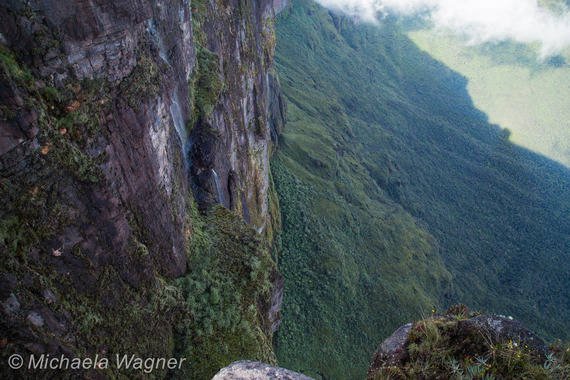 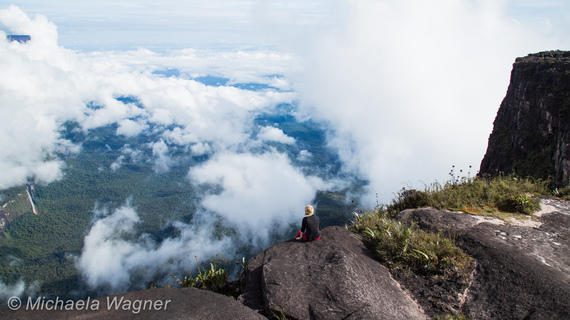 Despite some trouble sleeping on the uneven ground, eating food I wasn't crazy about, or having to struggle down through waterfalls and rushing water that appeared after the rainfall with sore muscles and a mysterious stomach problem, I would do this trek again in a heartbeat. 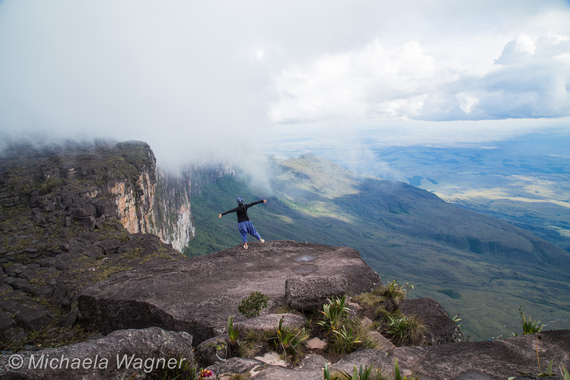 It is illegal, as well as unadvisable, to make the ascent up Mount Roraima yourself due to the rapidly changing weather conditions, and the land belongs to one of the indigenous people's reserve.