They grabbed him by the back of the neck and they dragged him through the yellowing stretch of lawn that ran the length of the cafeteria. When he stumbled, they picked him up by the hair and dragged him until he found his footing again.

He must've said he was sorry a hundred times by the time they finally got his face into that clogged toilet, now filled to the rim with cigarette butts and human waste.

He was sorry. He really was.

But the kids who held him down couldn't hear the apologies over their own laughter. And after a couple minutes of the breathe/don't breathe/breathe/don't breathe game into the mouth of the bowl, the one female in the group lifted up his shirt and used her finger to write the word FAGGOT across his chest in human shit.

It made sense though.

He had accidentally made eye contact with one of the boys in the showers during gym class earlier that day.

This was the first story my father told me about Corey. "Not his real name," he would assure me every time he said it out loud.

Corey was my dad's very first patient when he opened his psychology practice decades ago.
A 19-year-old boy who saw a gunshot to the head as an easier path than simply being the human being he was born to be.

And even though I was only nine-years-old when my father told me the sanitized version of that story, every new Corey Story filled my tiny body with a kind of impotent rage I can only describe in taste: a vile cocktail of blood, metal, and electricity. One crafted from the violent incredulity of a young brain trying to reconcile one human being brutalized for the way he chose to love another human being.

Love.
Love another human being.

I understand it even less now.

I once asked my father why he chose to work almost exclusively with gay patients when he started his practice and he simply said, "the ones forged in pain are always the most beautiful."

And he was right.

Gay or straight, the people others consider the fray, the freaks, the outcasts have always been the ones who've reconfigured my heart in the most incredible ways.

Back to that cocktail.

I hadn't experienced that blood/metal/electric taste in years, but it came roaring back last night.
And it was stronger than ever. I'm no longer the helpless little boy I was when I quietly swallowed the injustice and brutality of each of those patient stories.

Nine hours ago, it was that time of day when the sky bends at the horizon like a healing bruise, arcing from yellow to blue to purple to black. Apparently filmmakers love this brief window of time because on film it can double as both dusk and dawn, the rise and fall of the day. 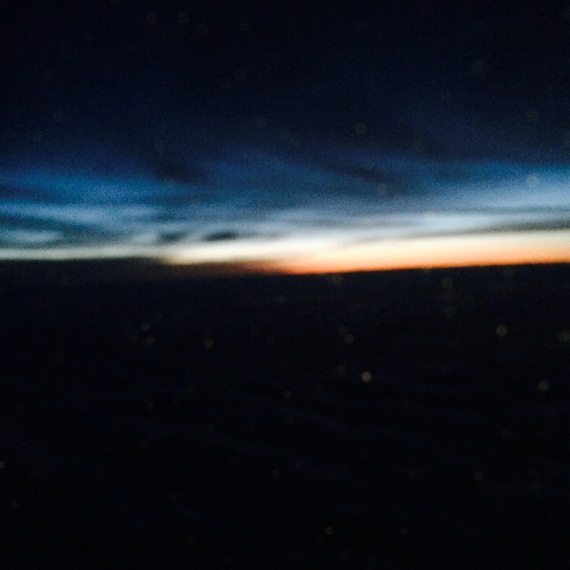 I leaned against the back panel of my car holding the gas pump handle and I stared at the digital numbers climb and blur. I heard him as he pulled up to the pump across from mine. Techno music blaring. Music he seemed to think was contained inside the windows of his tiny blue sports car.
Motor off, keys out. He smiled at me with his eyes.

I know that smile.

It's guarded. A winning poker hand. Lightness trained to cautiousness. The kind of smile I imagine Corey perfected in his short lifetime.

I smiled back and returned my eyes to the climbing number show.

A couple hundred feet away I noticed two guys in their early twenties crossing the street toward the station.

I know that walk.

It's arrogant. An unearned swagger. Darkness trained to ruin.

I spotted a thin rainbow sticker on the back of Techno Guy's car and I noticed the two young guys make note of it too. The blonde-haired one pulled his hood up over his head and smiled at the other.

I know that smile.

It triggers the taste. It triggers the darkest part of my being. The part inside me that grew stronger with each passing Corey Story. The part of me that can sniff out a bully oceans away while it sniffs out a version of the same coming from my own pores. I wanted for this all to pass without incident, but I could taste its inevitability. I don't want this broken superpower. It makes neutrality an impossibility and it ups the chances I won't make it home alive.

As I watched the two guys pass the man, everything in my view slowed and stuttered. The blonde-haired one bumped Techno Guy violently with his shoulder and turned around as if he was the one who had been innocently sideswiped.

I have to let go. But I want to kill this boy.

Countless hours in therapy.
Years of self-examination.
Constant hyper vigilance, meditation and presence of mind.
Thousands of failed mantras reminding me that it's not my job to police the world.
Dozens of friends, family and co-workers confessing privately and publicly, sober and drunk, that they fear my occasional and uncharacteristic intensity.
All for naught.
Because there isn't a day that goes by where I don't think about that boy being dragged by his hair and tortured relentlessly for his simple desire to love in a way that was as unique as the shape of his own skin. Tormented and beaten into a corner inside his head where that sky looked as it does in this very moment hovering above the gas station.

Corey deserved a lifetime of dawns. A lifetime of known sunrises.
He should've been happily chasing the daylight instead of anxiously praying for its return.

So as I sit with my hands on the keyboard quietly waiting for the adrenaline swell to calm, I start to make peace with the simple inevitability that this is who I am. And that bullying the bullies may be my way of loving in a way that is as unique as the shape of my own skin. For this, I am no longer sorry.

My living room is slowly filling with a dim blue light of dawn as I type these words.

There really is nothing more beautiful.