I've always believed that whatever we fall in love with as children never really leaves us, but that it merely gets buried by distractions and obstacles we create when we become adults. That being said, growing up doesn't need to be quite so tragic. When we're remarkably clear about our convictions, the people who enter our lives and the circumstances we face move in the direction of our dreams with us. This isn't a New Age ideal. This is what happens when someone has unwavering vision. 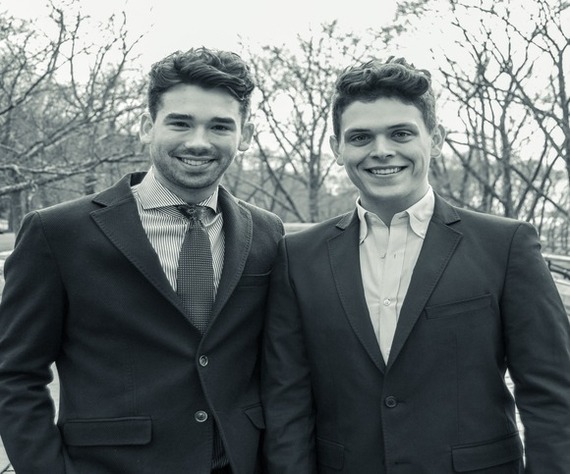 When Saige Martin was 12 years old, he told people he wanted to end poverty when he grew up. Filled with vision and determination, he mapped out his world travels and wrote down the kinds of campaigns he'd build and execute. 11 years later, Saige's professional and personal dreams are unfolding in front of the world. On April 1, he and fellow United Nations Millennium Campaign Chief Storyteller and Campaign Consultant, William Moore, set out on the first leg of the MY World Global Tour, initiated for the purpose of collecting and amplifying insights from everyday citizens on the ground about the changes they think need to take place to transform their communities for the better. Traveling to 12-15 different countries from now until the end of August, Saige and William will be capturing data and personal stories of the people they meet in villages, classrooms, hospitals, and refugee camps, and sharing these human faces with the United Nations and its leaders.

While the MY World Tour is brand new, the MY World initiative itself has been in effect for more than a year. Secretary General Ban Ki-moon launched MY World in 2013 as a global survey to inform the decision-making process on the Post-2015 Global Development Agenda. To date, more than 1.5 million citizen insights from 194 countries have been gathered. As part of the new goal to reach 10 million MY World participants, Saige and William are setting out to garner 1 million additional votes, while supporting the UN's nonprofit partners in cultivating engagement around the post-2015 anti-poverty debate.

So how are they going to do this?

"A major component of the Global Tour is the recruitment of young people as MY World voters and Youth Advocates," shared William. "Of the 1.6 million votes we've collected thus far, 67 percent of those votes have come from people under the age of 30 years old. On each tour stop we will partner with public and private universities, high schools and primary schools in order to expand our MY Campus program, which engages and empowers young people to be change agents in their communities."

Currently in their first country of the tour, Mexico, William and Saige are already seeing the collective power of the youth.

While working with the UN partner AXIOS, the duo visited two schools, where the students pledged 20,000 votes in the MY World survey. Mexico's votes now stand at approximately 36,000. They received such a positive response in the region that a contest arose between the schools in the two neighboring towns of San Miguel el Alto and San Juan de los Lagos.

"Long story short, the two schools are now in fierce competition on behalf of MY World," said Saige. "Motivated by the prospect of becoming MY World Youth Ambassadors, the student leaders are working on bringing in a certain number of votes. Having heard that the San Miguel students had pledged 10,000 votes as their minimum to become Youth Ambassadors, the San Juan student council announced that they could easily bring in 15,000 from their town. We set the bar at 10k for each school and have left AXIOS to coordinate the competition." 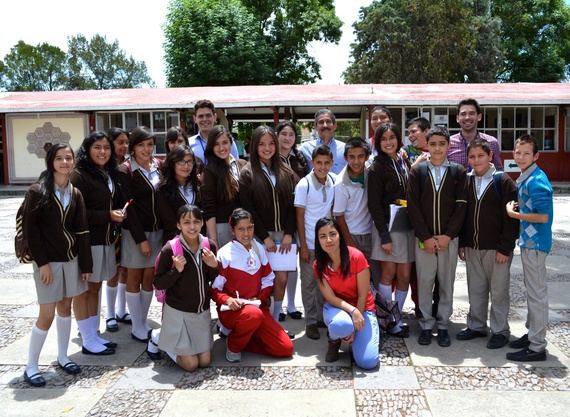 Saige said the San Miguel school is planning to hold a press conference with the mayor in order to get out the vote.

"For both groups it seemed to be an issue of making sure their town's voice is brought to the table for post-2015, as well as defending communal pride. The deadline to reach 10,000 votes is August 15th."

On the data front of MY World, information on the priorities of key demographics is viewable at data.myworld2015.org, where visitors can explore voting results by age, gender, income, education, country and region. The MY World staff recently sent out the first wave of "country reports" to the Permanent Missions of over 60 member-states. These reports provide leaders with a bespoke snapshot and in-depth analysis of MY World results in their country.

As for the MY World Tour storytelling component, William and Saige are going grassroots style.

"Our motto going into this trip has become "Have camera, will travel!" shared William. "We have two DSLR cameras, two flip cams, and three MY World tablets that will serve as virtual voting booths whilst we collect votes and conduct citizen interviews on street corners and in other public spaces. Tour followers can anticipate a short video and a series of photo-narratives from each and every country stop on our tour. This content will ultimately be adapted into a public exhibition at the UN when we return to New York City in September."

Congratulations to William, Saige, and the entire United Nations Millennium Campaign team on embarking on what is sure to be a humanizing and eye-opening journey for the UN and citizens across the globe.

The Toolbox will be sharing updates on the MY World Global Tour on a regular basis. If you'd like to follow the tour via social media, check out the team's Facebook page, and the MY World blog.

This post was originally published on The Toolbox, a new technology and social change platform founded by Peter Gabriel.