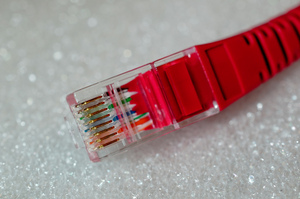 In early June, on his HBO show Last Week Tonight, comedian John Oliver featured a segment on net neutrality -- the idea that internet service providers (ISPs) and governments should treat all web traffic equally in terms of speed and access. The segment catapulted the issue into mainstream news outlets and emboldened everyday internet users to put pressure on the Federal Communications Commission (FCC) to incorporate net-neutrality principles into its current regulatory proposal, "Protecting and Promoting the Open Internet."

Digital activists view the proposal as a threat to the free flow of information because it puts corporate interests ahead of open-internet principles. It would allow ISPs such as AT&T, Comcast, Time Warner, and Verizon to charge content providers for access to a "fast lane," enabling some websites to load more quickly than others. The proposal directly affects domestic internet policy, but it also undermines the position of the United States as an international leader on internet freedom. Foreign governments are closely monitoring how Washington tackles this emerging issue, and it will no doubt be discussed at the Global Internet Governance Forum in Istanbul next month.

Freedom on the Net project director Sanja Kelly notes, "In less democratic countries, where most online content providers are state-owned and censored, authorities would have the perfect excuse to begin giving faster lanes of access to pro-government outlets, skewing the ability of democratic opposition to get their message across."

Several countries have already recognized this potential threat to the open internet and have taken action. In 2010, Chile became the first country in the world to pass net-neutrality legislation. Slovenia, the Netherlands, Brazil, and the European Union have all since followed suit.

Critics of net-neutrality safeguards believe that the future of the internet should be dictated by the free market, not government regulations. It's true that overly prescriptive or rigid regulations could have unintended consequences. For example, the Chilean government's decision to ban subsidized mobile access for low-income users (also known as "zero-rating") provided by platforms such as Facebook, Google, Twitter, and Wikipedia raises concerns about denying access to citizens who cannot afford standard internet subscriptions. However, while innovation has flourished under the free-market system, this does not mean that regulation and innovation are mutually exclusive.

Quality of service: Net neutrality ensures that ISPs cannot prioritize data, which means there would not be a real or comparative downgrade in the quality of service for high-bandwidth content providers--such as Netflix and Voice over Internet Protocol (VoIP) services like Skype--or their users.

Freedom of expression: Protecting users' rights online should not be left in the hands of private corporations, which are motivated primarily by profit and may not act in the broader public interest without clear rules set and enforced by democratic institutions and independent courts.

Innovation: Equal treatment of data will help maintain the innovative environment of the technology industry, rather than favoring established companies over startups and nonprofit projects.

Opponents of net-neutrality rules cite the airline industry or highway systems, which charge more for first-class seating or less-congested lanes, as models and precedents for allowing ISPs to charge for a fast lane. However, this comparison fails to account for the fact that unlike flying or driving, open internet access is a human right, as declared in a 2011 United Nations report, and has real implications for the health of democratic societies. Moreover, the ISP market often lacks competition in practice, and both ISPs and mobile carriers have been known to throttle content in the past when it has benefited their business interests. A simple model in which the FCC merely ensures that all data are transmitted equally, without regulatory overreach or micromanagement, should help ease free-market supporters' concerns about government intrusion.

The latest FCC proposal threatens users' ability to access information freely because it allows ISPs to exercise greater control over content providers. Thanks to the grassroots efforts of digital activists and high-profile allies such as John Oliver, the FCC's website has received over one million comments concerning the net-neutrality proposal, and even President Barack Obama has spoken out against the FCC's plan. This is what the internet should be about--providing ordinary individuals with fair and open access to information, which can be shared among their fellow netizens and turned into positive action.

There is no one-size-fits-all solution to net neutrality. Each country should work to create a framework that protects the basic principle and complements existing internet-governance and commercial structures--provided they too are open and democratic. But as the birthplace of the internet, the United States has a special duty to preserve equal access. If the proposed plan goes forward, it could harm the quality of internet service, freedom of expression, and the entrepreneurial spirit of the technology industry.

While Washington cannot always stop undemocratic governments from suppressing the voices of netizens abroad, it can set a good example at home. Implementing the FCC's latest proposal would convey to other countries--especially new or struggling democracies--that democratic and human rights principles such as internet freedom and freedom of expression are not a priority for the United States.