"Although the hour is very late, the U.S. still has time to respond unequivocally, staking out a position of strength. Dismembering Ukraine against its wishes is unacceptable. Washington should supply Kiev with weapons and other assistance, while also reviving President George W. Bush's 2008 plan to fast track Ukraine for NATO membership...... even if Obama's flaccid leadership has tragically lost Crimea for good.

And there is more than just Russia to consider. China, making territorial claims in the South and East China Seas, nuclear-weapons proliferators like North Korea and Iran, regional troublemakers like Venezuela, and terrorists and their state sponsors worldwide all see the same pattern".
- John Bolton, Los Angeles Times 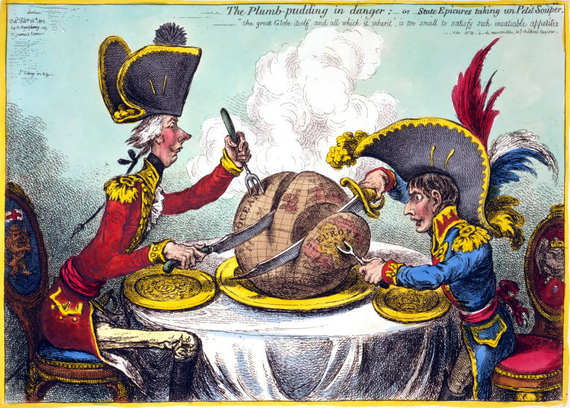 More of John Bolton's saber-rattling. A vision of a world full of more and more enemies who must be put down, the axis of evil on overdrive. But enemies make one feel so good, don't they? So after a Civil War, two World Wars, Korea, Vietnam, Iraq twice, Afghanistan once, many more invasions, "police actions" and tactical support for a long list of tyrants, there are actually people, like Bolton, calling for weapons to fight Russia, China, North Korea, Iran, Venezuela and all the Terrorists of the world, all at the same time? Have we as a people lost our minds? Our hearts? Our souls?

Enter Thomas Paine, the one truly radical Founding Father, who was fighting for that soul of America. He was also the man who inspired a long and bloody war through his words in Common Sense and American Crisis, words often quoted by Neocons. "We have it in our power to begin the world over again" and "These are the times that try men's souls" ignited the American Revolution and inspired it through its darkest hours, but he was very clear about the wars purpose:

"We fight not to enslave, but to set a country free, and to make room upon the earth for honest men to live in". American Crises IV

And he would be shocked, although not surprised, by the endless succession of American wars, invasions, foreign coups and arms trafficking around the world ever since. Tell me if Paine's words have lost ANY of their urgency:

"All Monarchical Governments (substitute Corporate Governments today) are military. War is their trade, plunder and revenue their objects".
"Each Government accuses the other of intrigue and ambition, as a means of heating the imagination of their respective Nations, and incensing them to hostilities. Man is not the enemy of man, but through the medium of a false system of Government". Rights of Man, Part Two, 1792,

Next, Max Boot, senior fellow at the Council on Foreign Affairs, in an Op-Ed piece in the Los Angeles Times (November 24th) called for keeping troops in Afghanistan indefinitely, providing arms to the suspect Ukrainian government, enforcing a no-fly zone over Syria, increasing airstrikes against ISIS and suspending the nuclear talks with Iran to instead prepare for harsher sanctions and airstrikes on that nation. And with all this he missed out on China, North Korea, Venezuela and all the Terrorists of the world. Wow! But he still called on Congress to "fully fund the military", the military that ALREADY receives as much funding as at least the next EIGHT largest military budgets in the world, six of those eight countries being our allies. And then on Sunday November 30th, on the front page of the Los Angeles Times under the headline "A call for new nuclear bombs" was an article about the pressure to not only design new nuclear weapons but conduct underground tests for the first time since 1992, since, as Rep. Mac Thornberry, (R - Texas) and chairman-elect of the House Armed Services Committee pointed out "You don't know how a car performs unless you turn the key over". That's right, Thornberry, a new Ford, a new nuclear bomb, what the hell, its all the same to you, yeah?

Paine believed that war was not inevitable and was less likely with democratic republics, that despots seek out wars as a way of controlling their own people!

"War is the common harvest of all those who participate in the division and expenditure of public money, in all countries. It is the art of conquering at home..." Rights of Man, Part One, 1791

The military industrial complex, 160 years before Eisenhower!
These endless wars may well have "conquered" us, kept us loyal and patriotic, but have they made us happy? Or healthy? We are 37th or worse in life expectancy in the world, with 2 million American children homeless and 15 million getting up in the morning or going to bed at night hungry. This is the American Dream, to fill the coffers of our armament industry instead of the bellies of our children? For it is today as it was in the American Revolution:

"That there are men in every country that get their living by war is as shocking as it is true" Rights of Man, English Edition

Nothing has really changed yet, with this year's military budget at $650,000,000,000, that's 650 thousand million dollars. Fifteen million hungry children seems such a small number to deal with. If we could only become a true democratic Republic in which policy is formed through the voice of the people rather than the voice of money, then everything could potentially change. Then this endless succession of death and destruction and the funneling of vast resources into that military industrial complex might actually slow down. And the unquenchable and endless thirst for war might dry up.

Paine was fighting for the soul of America, and the fight goes on. When Paine wrote

"We have it in our power to begin the world over again." Common Sense 1776

he believed it. We can too. 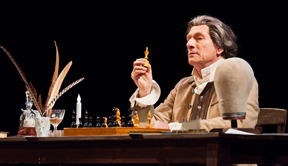