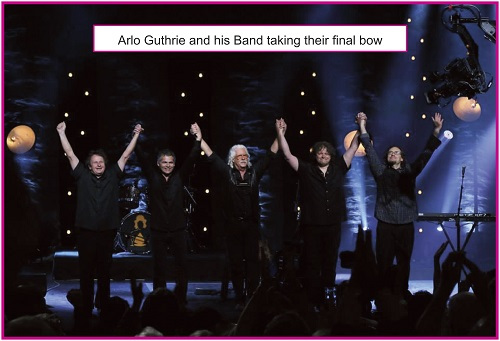 Terry Hall is a bona fide Superstar. Quiet, by nature Terry is one of the unsung heroes of the music business. He's a drummer by trade, attending Boston Conservatory for a year then forming Shenandoah in 1974 with friends David Grover, David Carron, and Danny Velika. In 1975, while performing at a local club in Stockbridge Ma, Arlo Guthrie saw them playing, and invited the band to tour with him.

"We thought about it for 2 seconds and said, yeah!" Hall remembers

For the next 14 years Terry Hall and Shenandoah travelled with Arlo Guthrie at the height of his "Alice's Restaurant" popularity, (which never waned) and recorded with such musical luminaries as Carly Simon, Bonnie Raitt, John Prine, John Denver, Willie Nelson, Roger McGuinn, John Sebastian, The Detroit Philharmonic Orchestra, Levon Helm , (Bob Dylan's Band) and John Mellencamp. Hall was David Bromberg's drummer, as well for about 5 yrs.
Watch FREEDOM by The Battersby Duo with Terry Hall on drums and Grammy winner Laura Sullivan on piano

Growing up in Lenox Mass, he found he developed a love for music after his mother, playwright Frances Benn Hall, and his father, English teacher James Hall, started taking him to Tanglewood, (a music venue close to Lenox and Stockbridge, Massachusetts.) It's been the summer home of the B S O since 1937.

"They dragged me there, semi-willingly, all the time," Hall confessed. "I grew to love it, and I always wanted to play the drums." As a regular at Tanglewood, Hall got to know Boston Symphony's legendary timpanist, Vic Firth, as well as timpanist Arthur Press - "a wonderful, great percussionist, very well-rounded," Hall said. "He also played Latin music, so he was a good match for me because I was more interested in different forms of drumming, as opposed to classical."

Around the same time, Hall developed a liking for folk singers such as Bob Dylan, Pete Seeger, the Kingston Trio and Peter, Paul and Mary because of his older brother, Parnell, a writer who lives in Manhattan.

After two years of learning percussion, Hall was hired to perform in the pit band at the Berkshire Playhouse in Stockbridge for a production of Kurt Weill's "Threepenny Opera." He stayed for five years, performing in several musicals each summer, and along the way met David Grover, who also became a fixture on the Berkshire music scene. So when David talked to Terry about forming a folk band in 1974 it was as if "kismet" was shouting to them from Tanglewood. And so Shenandoah was born.

In the late 1980's David Grover invited Hall to form a Children's group called The Big Bear Band. They worked with actress Kathy Jo Barrett. Terry, as the heart of the Big Bear Band, with David and Kathy Jo, spent 18 years singing for Children and their families at the White House, The Museum of Natural History, The Jewish Museum of New York, the Goodwill games, the Florida State Fair, The Today Show and several PBS Children's Specials including the multiple award-winning "Chanukah at Grover's Corners", in which Hall a was principal writer and co-star along with Theodore Bikel. Also as an actor he originated the role of Arthur in William Gibson's, "A Cry of Player" with Anne Bancroft and Frank Langella. He appeared in the movie Alice's Restaurant as, what else, "a hippie."

Hall formed his own band about eight years ago, "Terry a la Berry and Friends," wanting to perform, in his "down time" to kids so he could perform for local schools, libraries and nonprofits and at community events. Throughout those years, Mr. Hall an animal activist wrote dozens of children's songs about animals that kids fell in love with, relating to Halls comedic style, requesting these fun songs more and more. 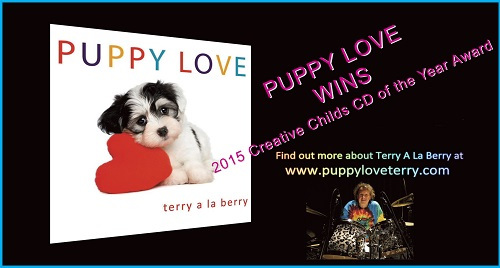 Terry Hall or Terry a la Berry (a nickname fondly coined by Arlo Guthrie himself) is known worldwide for his remarkable expertise as a drummer. No matter what style of music he's playing, rock, Latin, Salsa, Klezmer Folk, Children's or jazz, Terry is never more comfortable than when he's behind his drum set, behind the band and keeping his trademark back beat. He has a well-deserved reputation amongst musicians for being the consummate percussionist.

Hall's eyes light up when he talks about performing to kids. In a recent interview at his home in Lenox Ma. he describes his passion for playing for children. "Playing music to kids is my way of giving something back, or if you like paying forward my passion for music. I love to watch the children dance, sing and clap their hands. That time of life for them," as child psychologists confirm, "is an explosion of learning. I'm never really sure if I learn more from the kids or they learn more from me, but ultimately it's of no consequence as week after week parents bring their kids to our summer shows and leave 2 hours later with happy smiling children. My paycheck is a child's smile and the knowledge that they're learning to enjoy music just like I did when I was a kid"

And smile he does. Year after year for more than 40 summers. Not only has Mr. Hall produced 5 bestselling kids albums winning awards across the US, he's also a prolific songwriter as well, co-writing songs with Arlo Guthrie (Oh Mom) and Carly Simon (a novelty song Secret Saucy Thoughts for Suzy) His latest kids CD is called Puppy Love, is in the running for a GRAMMY this year in the children's category,and has just been awarded "The 2015 Creative Child's CD of the Year Award"

Puppy Love has already become hugely popular with families around our Nation. There are 10 songs on the cleverly choreographed cover (a picture of a puppy with her head on a heart cushion) that deal with creative movement, (Square Dancing) eating (Pasghetti) with seconds AND thirds of healthy doses of perfectly phrased and written songs for children culminating in the runaway hit song (and this writers' favorite) Rescue Dog a song that promotes adopting pets from your local Humane Shelter (something near and dear to Hall's heart) If you'd like to purchase a copy of Puppy Love please visit http://www.cdbaby.com/cd/terryalaberry16

As summer comes to a close, and the kids head back to school, this incredibly busy humble and humorous musician with 2 feet in different parts of the music world, packs up his portable sound equipment, his drums and his passion for teaching young kids music, and boards one of Arlo's 2 tour buses, with his fellow bandmates, Abe Guthrie (AG's son) Arlo, Bobby Sweet (guitar and fiddle) and their road and sound crew and head out for a massive 75 date tour, that crisscrosses the country travelling through 32 States and Canada and halfway the tour through lands them in NYC for the 5th time to perform at Carnegie Hall. In addition Terry, the Band and Arlo Guthrie have just finished filming a PBS special that will air at Thanksgiving, celebrating Arlo's 50 years since he first performed Alice's Restaurant. A milestone indeed

It's important to note that Arlo Guthrie is as popular in 2015 as he was back in the 1960's and 70's. Terry Hall has been a band member with Arlo consistently for 40 years since he first joined the caravan in 1975 when he worked with Shenandoah. All of his work with The Big Bear Band and Terry a la Berry and Friends has all been done when Arlo Guthrie is not touring. "But his day job," Hall quips "is being Arlo Guthrie drummer."

When this reporter asked Mr. Hall his most memorable moments on stage in his 40 + year career, he replied without hesitation. "Performing with Pete Seeger at Carnegie Hall at Pete's final public performance. He was such a wonderful man." 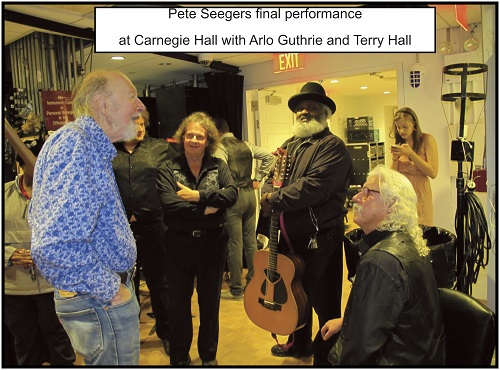