This article is the first in a three-part series written by Jenna Elfman for WhoSay to raise awareness regarding child sex trafficking in the United States.

I've always associated child sex trafficking with countries like Thailand or Brazil. Never did I consider that something so unthinkable -- selling kids for sex -- was happening in my own community.

But I was wrong. I was naive. I was unwilling to face the facts. Until last year.

Thousands of children are being sex trafficked right now in the United States, including in my hometown of Los Angeles. It's unbelievable.

Child trafficking can take many forms, but let me walk you through something that recently happened:

A pimp became friendly with a 13-year-old girl through social media. She was having a hard time with her family -- her dad had recently left her mom and her relationship with her mom was going through a rough patch -- and she was vulnerable. This guy took the time to "get to know her" via social media and ultimately enticed the girl with a date, telling her he was going to take her to his cousin's house to hang out for the weekend. He picked her up and then went through this whole charade:

"Oh, my phone just died. Can I use yours?" Boom. He took her phone. Now she had no form of communication. They drove for a long time. 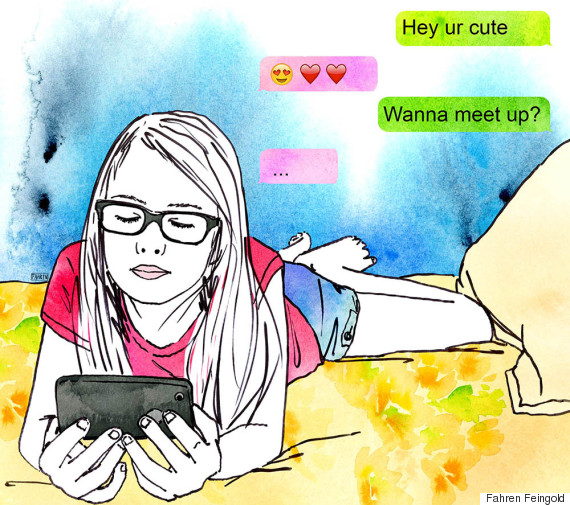 "This is way farther than you told me," she said. He made up excuses. Pulled into a hotel.

"Why are we going to a hotel? I thought we were going to your family's house."

"There's no more rooms there because I have so many cousins, so we're going to stay here."

Lie, lie, lie. Next thing she knew, he was selling her for sex and she was totally trapped. That was it. Done.

The average age of entry is 12. There are lots of factors in these kids' lives that can set them up for exploitation. The biggest factor, however, is their age. Think back to when you were 12, in sixth or seventh grade. You didn't know yet what healthy relationships should look and feel like; you weren't aware of red flags. When a guy gave you attention, you didn't understand that he might have a predatory intention in mind. Age alone makes kids vulnerable.

And sex trafficking isn't reserved for low income areas. It's happening across the board, in upper middle-class neighborhoods, too. Anyone is ripe for the picking.

If you're a parent, be really involved with your kids when it comes to social media and their peers. Peer recruitment is actually very common these days, as traffickers have already controlled (or brainwashed) young guys who are learning the trade or younger girls who are already in their control.

A girl in this cycle has to play the part that the trafficker tells her, or she believes he'll kill her or someone in her family. The traffickers say, "If you don't do what I say, I will kill you and replace you with your little sister." And these threats are real.

Once I learned about this epidemic, I couldn't keep driving around my town, pretending the problem didn't exist. It was happening in hotel rooms of popular hotels that I was driving right by, clueless. I decided to take action -- to start doing my part, where I can, to educate and inspire others to do their part, where they can.

I've been educating myself more about this issue and how Human Rights play into it. Specifically, The Universal Declaration of Human Rights -- a declaration that consists of 30 articles delineating the rights to which all persons are inherently entitled, which was adopted by the United Nations General Assembly in 1948 and drafted by a commission chaired by the ever remarkable Eleanor Roosevelt. 48 nations voted in favor of this declaration -- not one voted against it.

But, the surprising thing is, hardly anyone is aware that he or she even has these Human Rights! (Do you know what yours are?)

It's pretty difficult to powerfully and effectively stand up against the oppression of rights that you don't even know you have -- especially if you are a young person! It is vital that we increase the literacy of these rights amongst all persons, including (and especially) youth.* 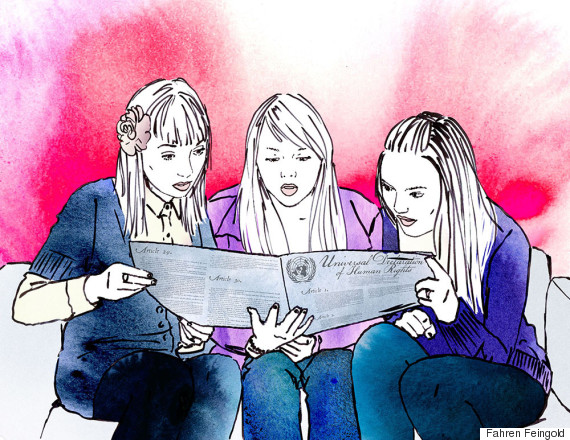 I also started helping with a nonprofit called Saving Innocence, whose mission is to rescue and restore child victims of sex trafficking through strategic partnerships with local law enforcement, social service providers, and schools, while mobilizing communities to prevent abuse and increase neighborhood safety. The organization's brilliant founder, Kim Biddle, took me under her wing and began teaching me what we can do to help improve this entire Human Rights catastrophe and I am ever grateful and blown away by all her leadership and responsibility in this arena. (For more information on Saving Innocence, head here.)

Awareness and education are key if we're going to beat the bad guys and end child exploitation. We need awareness that child sex trafficking may quite possibly be happening in our own "backyard" (despite how awful a thought that might be), and education about how the "bad guys" achieve their abuses, as mentioned in the example above. Education of all people, including children, about their human rights, as well as the actions we can do in our own communities to bring about an end to the "permissiveness" on our part unintentionally occurring by not ourselves knowing what to look for and then doing something about what we see -- a "neighborhood watch," if you will.

Start spreading the word with your friends, your family, schools, groups and co-workers. Let's create a countrywide neighborhood watch. If you see something that doesn't feel quite right, say something. Keep your eyes open. Be aware of what's happening around you. And don't be embarrassed to react. I'd rather take a minute to call the authorities than let a child be exploited. If you or someone you know needs help, call the National Human Trafficking Resource Center at 1 (888) 373-7888. Learn more here.

The more aware we become as a society, the harder it will be for these traffickers to get away with the unspeakable.

Thank you so much for taking the time to read this.

For more information about the illustrator featured in this blog, visit fahrenfeingold.prosite.com.