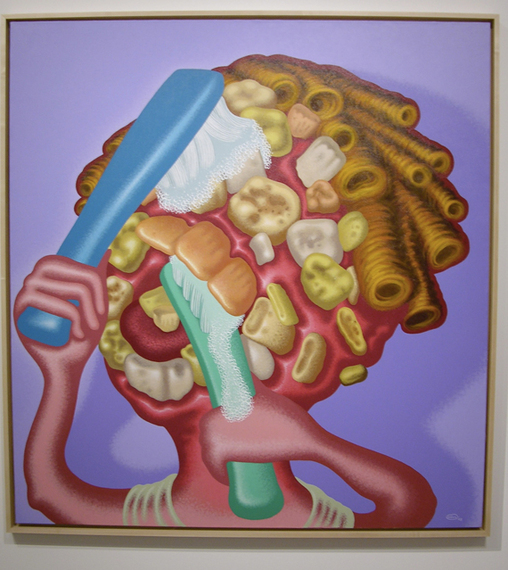 Art school is an easy and enjoyable target for satire and jokes. Most everyone I know has had some of the kind of experiences that fall into the way art school is usually portrayed -- I've even brought a list of those bad stories to Daniel Clowes and a couple from my wife Linda were in the movie "Art School Confidential." But I also had a lot of good experiences in art school, some caring teachers who shared insights that have had a lasting impact on me.

As an undergrad at UT Austin I had good teachers like Bob Levers, Richard Jordan, Peter Saul, and UT got Robert Storr to come and visit.

Peter Saul would try to encourage distasteful moves -- "If you're doing something and it feels right, at least a hundred people have done it already." One day Peter Saul announced to the class 'I'm going to grade this class like the art world -- I'm giving you all 'D's and giving one of you an 'A' at random. After a while those of you with 'D's will start to think the one with the 'A' really IS better!' Probably my favorite Peter Saul quote is -- "There are people who buy art as furniture or interior decoration, what are you doing in your painting to make sure that you're the enemy of those people"

Robert Storr -- "If something has engaged you or bothered you, it's pointed up something that is now your problem."and "It's a fashionable world and even good artists go out of fashion. If you've never really thought about what you're going to do when you go out of fashion because you've never been out of fashion, it's much harder to take than if you've gradually come into your own, gotten through difficult times and know that you can survive.'

I was grateful to be at Yale at a time when William Bailey, Andrew Forge, Richard Ryan, Catherine Murphy, Mel Bochner, John Hull and John Walker were teaching there. 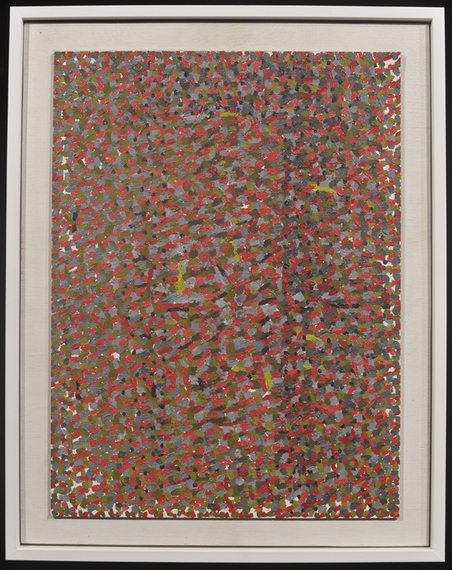 Andrew Forge The Coffee Pot 1 oil on board

Andrew Forge continues to be a role model to me, someone painted themselves nude with butterfly wings and talked about making a personal statement in a crit. Forge said 'I think you're confusing a personal statement, which is rhetorical, with being as involved as you can be, which is the most personal thing that you can do." And another time Forge defined 'Arty' as 'When the aesthetic effect is a consequence of things known beforehand.' 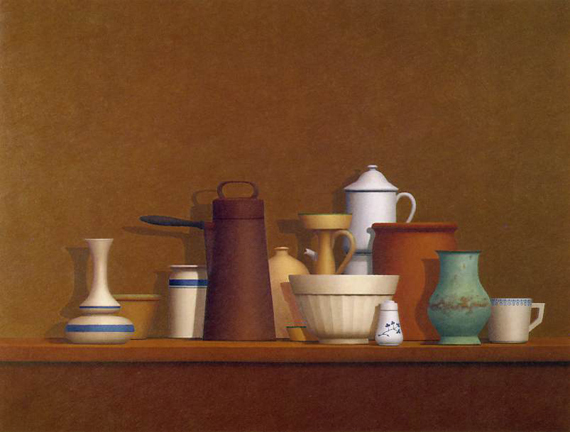 William Bailey called me out for using the words 'things represented' because, he said 'it's always a painting'. That tending to the whole painting as painting and its philosophical implications has continued to be of primary importance to me. Conveying the primacy of the inherent qualities of a particular form, like painting or drawing, as opposed to copying well or fetishizing technique was certainly one of the things William Bailey was getting at. William Bailey told both Susan Clark and myself to 'Use colors that have no names.' His example for this in my case was Vermeer's 'Milkmaid.' 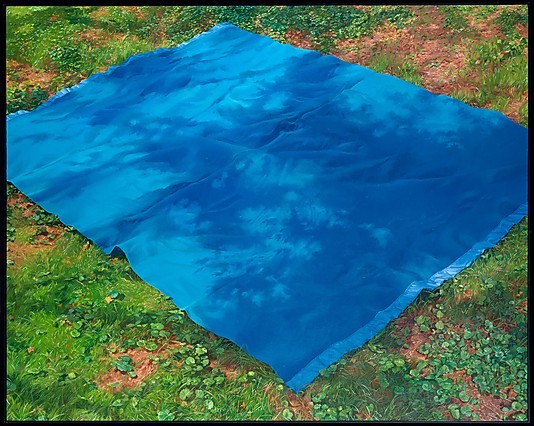 Catherine Murphy told me that 'Painting means more now than it did fifty years ago, because now it's a greater act of faith.'

Richard Ryan was talking about how Titian would simplify things back down for the sake of the whole painting, you see the same thing in Velasquez, the way he put it was 'Titian painted knowledge out.'

John Walker was always interested in the sculptural qualities of paint and would point up how 'Constable sculpted with paint.' A default criticism of his which he said to me as well as others was to take someone's palette as a critique of their painting-'Look at that palette, there you're really using the paint in a physical way.' 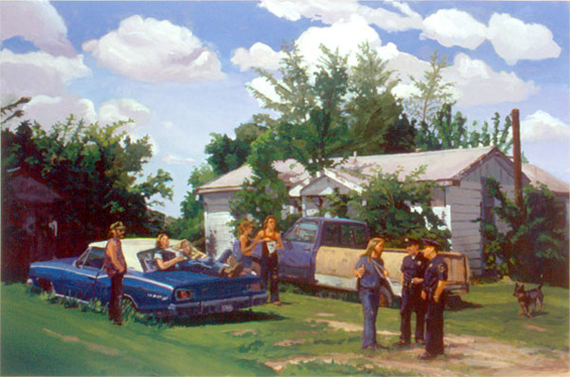 John Hull This Much I Know Acrylic on canvas

John Hull was a tremendous help to me at Yale, one of the most transparently useful things he did was to give me a little pile of color he mixed from the palette he was using for a landscape I had admired. I tried a little bit of it in a similar situation in one of my paintings and it made so much sense that it recalibrated my own palette. John Hull also said 'Abstraction is always in painting, it's either the subject matter, or the mantle for the subject matter.'

I wanted to hear more about positive experiences so I asked the Facebook hive mind about the most helpful and useful advice from art school and got some responses I thought worth sharing. What follows below is a distilled and slightly edited (for repetition and I consolidated some people's comments) version of the responses I got to the question "What's the best, most helpful piece of advice you got in art school?" Thanks to everyone below for their responses!