Technically, I've only been dumped once. It was an outright, crystal clear, door-slammed-in-my-face kind of dumping, and I was devastated. I did everything I could to reverse his decision, including FedExing a handwritten impassioned plea to his workplace. (Tip: Don't do this.) He was kind enough to call and acknowledge receipt of the package, but the conversation ended with him saying "Go f--- yourself" and hanging up on me.

So, yeah, technically I've only been dumped once. But I've also been gently dismissed, not called back, slow faded, or otherwise overlooked. Sometimes the rejection is even initiated by me. And always, it hurts.

"I'm never dating again." I used to say that all the time after a breakup. What was the point of getting excited about yet another person, of making myself vulnerable by exposing my inner quirks and hopes, only to be disappointed yet again? Why endure such emotional exhaustion when I could binge-watch Netflix from the comfort of my couch? No matter how much I liked to identify as a "hopeful romantic," the trade-off just didn't seem worth it. (A copy of Are You My Boyfriend? would have helped, but too bad for me, I hadn't written it yet.)

That was before I understood the benefits of rejection -- and how not to take it personally.

Here's a fact: the majority of people you meet will not be your match. Assuming you're interested in some form of monogamy, like I am, the statistics can seem bleak. Nine times out of 10, 99 times out of a hundred, most times out of a million, that person with whom you agree to share a coffee, or a meal, or a movie, or a walk in the park? That person is not going to end up sharing your life.

And that's okay, thanks to another fact: a partnership requires only one match. Yet despite the reassurance of "it only takes one," there's still the matter of meeting all those other people in the process. And that process unavoidably involves rejection.

Rejection can be hard to take, and even harder not to take personally. But with the right mindset, I've been able to keep my heart open and my chin up, to recognize that rejection has an upside: it helps me be a better person. The three principles I'm about to recommend actually apply to all areas of life, but they're particularly useful in the realm of romance. And even though it's usually easier to stress eat than to practice them, I've discovered something amazing. They work.

I've learned not to waste time wondering what I could have done differently or hoping a situation will change. It's fine if I want to write an impassioned letter -- it just needs to stay in my journal. The sooner I acknowledge that a relationship is over, the sooner I can get over it.

There is always space for forgiveness, both during a relationship and especially after it ends.

The fastest way to get happy is to give thanks.

Even in the face of rejection, there is plenty to be grateful for. I can be thankful I had the chance to meet someone new (or that at least I've got a good story to tell). I can be glad I had the courage to try again, and relieved I'm no longer trying with someone who isn't right for me. I can even give thanks for the pain I am feeling or may have inflicted, because without it I wouldn't be learning, and learning is a huge part of love.

Acceptance, forgiveness, and unconditional gratitude are my not-so-secret superpowers, always accessible and reliably effective. The trick is deciding to use them:

I'd been dating J. for six weeks and he'd been a gentleman the whole time, seeing me home after every outing, engaging in caring conversation, and openly expressing his interest and affection. We both had crowded schedules and it didn't help that he traveled weekly for work, but we agreed our potential merited patience. At one point we realized we wouldn't be able to see each other for two weeks. "I'll wait for you," he told me.

And then he disappeared. Like, straight-up vanished. I gave him the benefit of the doubt for days, blaming his stressful job for unreturned texts and calls, even though I knew that if he really wanted to, of course he'd make time to reach out. But he didn't, and by the time the weekend we'd planned to spend together came and went, it was clear to me I'd been rejected. (It was even clearer when, a few days later, just to rule out the possibility he'd somehow become comatose, I checked his online dating profile and saw he'd been active three hours earlier.)

I felt confused and sad, but before I entered full-on moping mode, I put my principles into action. First, acceptance: J. was gone, and because poor (or no) communication is a deal breaker for me, I knew we were definitely done. Then, forgiveness: whatever I did or didn't do, it had been my best, and I believe the same was true for him. (Everyone does the best they can with the tools they have, but not everyone has great tools.) No one can do better than their best, so I chose to let go of the hurt and resentment that had initially flared. And then, unconditional gratitude: for the way J. smiled at me the night we met, for how easily we talked for hours, for the useful business advice he'd offered, for ultimately reminding me that regardless of initial interest, it takes time to build trust.

I doubt I'll ever feel overjoyed by rejection, but after I finished using my superpowers to process what happened with J., I did feel at peace, and even a little bit happy. Not only had I managed to have compassion for someone who kiiiinda screwed me over (spiritual pat on the back!), I was now free to meet a more compatible partner. So instead of telling myself I was done with dating altogether, I just paused long enough to get caught up on The Good Wife. 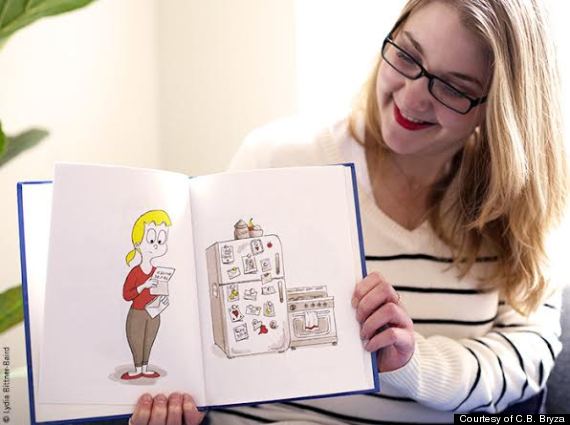 C.B. Bryza is a grown-up child who believes in love. A longtime writer and connoisseur of true stories (both fiction and nonfiction), she makes the most of life in New York City. Visit her at ChristinaBryza.com.

Author, Are You My Boyfriend?