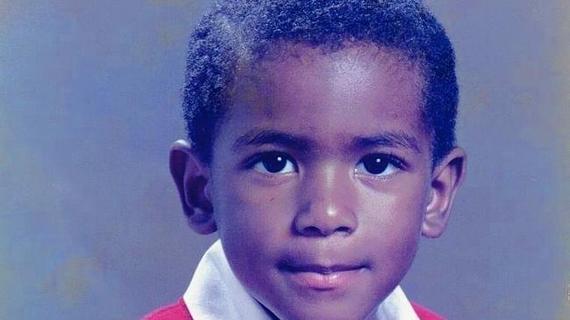 Recently, there was a Facebook post by Brian Crooks, a 31-year-old Black man, recounting the racism and challenges he faced as a Black boy coming of age in a predominantly White Chicago suburb. That post has since gone viral. An abridge version of the post was published by the Chicago Tribune, entitled "What it's like to be black in Naperville, America." It's a lengthy article, but there is much to gain from this genuine and heartfelt narrative.

I was raised polar opposite, living in an all-Black public housing project on Chicago's south side. But my unique ability to run a football earned me a scholarship to Northwestern University. Attending Northwestern was life changing. Though only a forty-five-minute drive north from the south side to Evanston, Illinois, it was indeed a new world.

I knew the transition from the streets of the Richard Flower Homes to the halls of Northwestern would be a struggle. I expected most of the student body to be spoiled rich kids, who I had little in common with, but I always took comfort in the fact that I would have my fellow Black teammates. I figured most of them were like me and passed through admissions by the skin of their teeth. Their athletic ability afforded them this opportunity; otherwise, their family couldn't cover a fraction of the steep tuition.

In reality, I was surrounded by privileged kids of all races. Most of my teammates came from the upper-middle class. These were the sons of top bank executives, surgeons, former professional athletes, sports agents, and TV broadcasters.

Something I discovered early from our conversations is that the majority of my Black teammates had White girlfriends and most of the ones who were single preferred to only date White girls. I found that bizarre, especially sinse I had never even kissed a White girl before. "Do these guys want to be White?", I thought. But it didn't take long to figure out that they weren't trying to be anything other than themselves.

When a Black boy grows up in a predominantly White middle-class neighborhood, he will culturally identify with the White race more than his own. Not because he is an Uncle Tom or White boy with a tan, he's simply a product of his environment. His love for White girls is no different than my love for around the way girls -- with at least two pair of bamboo earrings.

I remember one of my Black teammates showing me a photo album from his senior prom. There must've been over fifty photos. As I flipped through, I never saw another Black person besides him. From his date, to all the other couples, he was the only one. But that didn't seem to bother him. In every photo, he smiled full of glee and gave thumps up with his Caucasian comrades.

As a child, you don't get to make decisions about where you live or attend school. As minority parents, we are tasked with the duty to provide the most balanced experience for our children -- not the most white balanced. If you're an affluent Black couple, is it necessary to move into a ritzy White neighborhood and send your children to the best school money can buy? Does diversity factor into the equation or is it an afterthought? My heart breaks for a young Brian Crooks (and my college teammates who were forced into similar circumstances). The same way it shatters for Lawrence Otis Graham's sons, who are being taught how to navigate the landscape of an environment in which they are tolerated not accepted.

Lawrence was under the delusion that his elite status would insulate his boys from racial discrimination. He believed by teaching them to act and dress less urban, it would protect them from being profiled by the neighborhood police. Unfortunately, there is no degree of conformity that will insulate you from racial profiling. You can change the pitch of your voice. You can alter the way you dress. You can pack your lunchbox with smoked salmon instead of fried Bologna. You can extract all remnant of Black culture from your existence. But you can't change the color of your skin -- nor should you desire too.

We hear much about "White flight," but its Black flight, the move of successful Black city-dwellers to the suburbs to escape dangerous Black neighborhoods, that has decimated the Black community. White suburbs are as much of a status symbol as they are a safe haven. Like most of my friends, I was conditioned to believe that success meant making it out of the projects -- out of my neighborhood. Everyone's goal is to get out. By virtue, those who are left behind are viewed as underachievers. Those who are successful in their quest often never look back. What is left is a Black community devoid of people with the education and financial capital to uplift it.

We must stop living in fear of each other, retreating to predominately White suburbs for safety. We all say we want "better" for our kids, but subjecting them to an environment where no one looks like them hardly constitutes better. I want the most enriching experience for my children as possible. This goes far beyond school ratings and median incomes. There is a sociocultural component that is equally as important, one that no leafy gated community in White suburbia can cultivate.

I recognize that fear is not always the motive. Black folks choose to live in predominately White suburbs for the same reason Black students flock to Private White Institutions (PWIs), in lieu of struggling Historically Black Colleges and Universities (HBCUs), they're where most of the resources are held hostage. As a father of three, I understand. However, I also realize that this Black-flight model will never fix the fiscal problem in Black America.

What if successful Black folks decided to stay put and build up their own communities? Where would the resources be? What if the thousands of exploited collegiate football and basketball players, who are predominately Black, decided to take their talents to HBCUs instead of PWIs? Where would the multi-million dollar network contracts reside? We have more power than we think, if we can only unify.

In the early 1900s, a small neighborhood in Tulsa, Oklahoma named Greenwood became famous for its thriving Black-owned businesses. Greenwood built a financial blueprint that would later earn it the nickname "Black Wall Street." Due to segregation laws, Blacks were not permitted to patronize any White establishments. This forced Blacks to create their own clothing stores, restaurants, schools, newspapers and hotels. Greenwood enjoyed unprecedented success until the Tulsa Race Riot of 1921. Hundreds were massacred and much of the Greenwood neighborhood was destroyed by fires. However, contrary to popular belief, fire didn't ruin Black Wall Street, desegregation did. Despite the deliberate acts of hate committed against them, Greenwood citizens rebuilt the community, but when Blacks were allowed to take their money and spend it elsewhere, they did. Black dollars have been cycling outside of the Black community ever since. That money must find its way back home.