As the nation begins the electoral process towards a new executive leader, there comes with it additional pondering on the sort of nation we want to be. Are we a nation that believes in justice over inequality, of equal access over preferential treatment? Or are we a nation that ignores pressing social issues out of convenience, leaving those who are on the cusp of society--many through no fault of their own--to wallow through wave after wave of institutional roadblocks and bureaucratic recalcitrance. Though there is evidence to the contrary, I don't believe we are the type of country that shuns economic justice. As we enter further into the twenty-first century, new visions of how people make their way in the world will be tantamount to a social revolution. 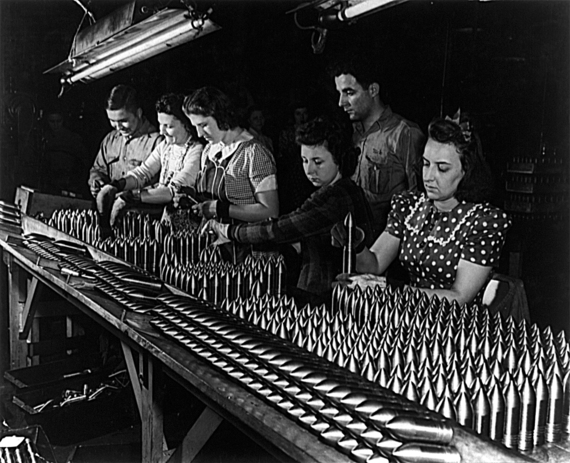 Imagine, if you will for a moment, the plight of an unwed mother living in the South East side of Washington, DC. Abandoned by an abusive boyfriend, shunned from family and left to fend for herself and her child, Mother struggles to pay the bills. Her hourly income to support herself and her child should be around $30 to meet their most basic needs. Though she has a job to provide for her family, she is only paid the minimum wage in Washington, which is a little less than $10 per hour. That gap of nearly $20 means that despite all the hard work Mother puts in to care for her child, life is economically unsustainable.

But even beyond the metropolises that dot the United States, income inequality is stark and unrelenting; the cost of living is enormously high throughout the nation. Indeed, reducing the gap one earns and one needs to live is one of the most crucial moral issues that needs to be addressed in contemporary American society. Much of the problems that face the sustainable growth in our country has to do with the issue of fair wages and a reasonable income. Progress, while extremely slow, has been made. By January 2016, fourteen states modestly raised their minimum wage, yet the federal wage is still aggravatingly low for the majority of low-income workers, stuck at $7.25 an hour. The integrity of our sacred duty to ensure that all people are treated in a fair manner is at stake

It is time for not only a higher minimum wage to be raised across the board, but for the introduction of living wage legislation so that all people have a chance to thrive and provide for themselves and their families.

While I am not an economist, let's take a look at some figures we can all understand: one working in New York City on the current minimum wage of $7.25 an hour will have a gross annual income between $12,000-$14,500, based on a projected model of a 35- to 40-hour work week. There are taxes involved--Social Security, income, state, and payroll for example--and monies deducted from other aspects of work. Even with a minimum wage at one place of employment, those who are economically vulnerable often have to work multiple jobs, with little time to devote to much else. Why should an individual, working long hours and within the confines of the law, be denied from thriving with the means they attain? Is that a just system worthy of the American dream?

The patent economic injustice of wage inequality is shattering. During the Great Recession, the American family lost nearly 40 percent of its wealth. Concurrently, as average families suffered, 95 percent of all new wealth generated was accumulated by the wealthiest 1 percent of the population. As an example: six members of the Walton family--descendants of Sam Walton, founder of Walmart-- own more wealth than 41.5 percent of Americans, nearly the same amount of 50 million families combined. One member of the family had so much money tied up in fine art that she opened an art museum in Arkansas. At what point is accumulating more and more money obscene when employees of the company are making such small wages? Is it morally tolerable that the employee of a multi-billion dollar company is paid poverty-level wages?

Indeed, I don't buy the notion that raising the minimum wage, or even moving towards a living wage model, will negatively impact the amount of productivity that will be outputted back into the economy. To the contrary, the notion that lifting millions out of poverty with fair wages and a modicum security should be an aspiration for activists and employers alike. It is unjust to argue that one working all day every day should live in poverty. There is no theory that trumps the imperative for basic justice in a nation with record corporate profits. Furthermore, minimum wage workers tend to cluster in industries that cannot be outsourced or outright eliminated, so it is unlikely that a rise in minimum wage could curtail minimization of these jobs. With plentiful economic data, one very significant study that researched the food industry found that raising the minimum wage did not result in employers trimming their workforce, and dozens of studies have confirmed these conclusion. But why is that? Nobel Prize winning economist and professor

Paul Krugman, writing in the New York Times, commented that:

...[M]ost economists, myself included, assumed that raising the minimum wage would have a clear negative effect on employment. But they found, if anything, a positive effect... There's just no evidence that raising the minimum wage costs jobs, at least when the starting point is as low as it is in modern America. How can this be? There are several answers, but the most important is probably that the market for labor isn't like the market for, say, wheat, because workers are people. And because they're people, there are important benefits, even to the employer, from paying them more: better morale, lower turnover, increased productivity. These benefits largely offset the direct effect of higher labor costs, so that raising the minimum wage needn't cost jobs after all.

The fight for a more sustainable economic justice is not rooted in class warfare or a cynical ploy of avariciousness, but a positive step towards reducing the gap between those in opulent wealth and those barely above penury. Though countless people who are earning a low-income are working extraordinarily hard for their families, their hard work is not rewarded by a system that favors fairness and justice. Rather, there are interests that would prefer to stockpile their money than give it back to the people who have earned it. This cannot be the system we need to fight for. We need a social revolution, one that treats workers with respect and promises that they will be adequately compensated for their hard work. A living wage is no longer a farfetched postulation from an obscure macroeconomic journal. It is part of the struggle for the American soul. It is a cause worthy of our support, one that will lift millions of people and bring a sense of equity back to a divided nation.