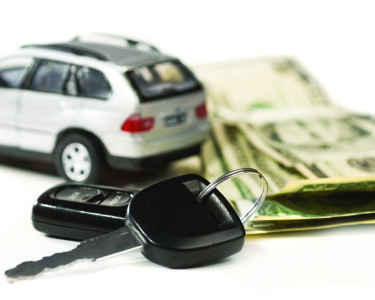 The subprime debt market is getting hot again. Consumers typically believe that in order to get a loan, such as one for a new car or home, they must have a high FICO credit score. However, that is not the case. We've seen in the past that lenders may lend to borrowers who have a FICO credit score below 640. Consequently, some companies actually prefer those with bad credit. Specifically, companies engaging in subprime lending favor those with bad credit because they are allowed to charge a higher interest rate for borrowers with bad credit histories. However, the risk of default is much higher.

A subprime loan is one type of loan that is offered to individuals who are not qualified to obtain a prime rate loan. Subprime borrowers have low credit scores and poor credit histories, which causes some lenders to turn them away due to their potential of defaulting and becoming delinquent on their loans. Although there is a higher probability of default, subprime lenders are able to charge a higher rate, which translates to potentially large sums of interest payments over the lives of these loans.

This all sounds like bad news, but the good news is that the size of the auto loan debt market is unlikely to cause systemic issues since it is only about 12% of $8.4 trillion mortgage market, during the first quarter of 2016, according to the Federal Reserve Bank of New York. However, subprime auto loan balances grew by 11% from 2015, according to Experian.

With the rise steady rise in U.S. delinquency rates, lenders and investors should keep a close eye on the auto loans debt market. According to Experian, nearly 50% of auto loans that were given out during the fourth quarter of 2015 originated from the 20 largest lenders. Moreover, Wells Fargo & Company and Ally Financial Incorporated were the two largest lenders, accounting for nearly 6% of auto loans in the fourth quarter.

Chris Kukla, EVP of the Center for Responsible Lending noted, "Subprime lending is inherently more expensive; it is not uncommon to see auto loan interest rates of between 25 to just shy of 30 percent ... Lenders are layering on top of that, with additional practices that significantly increase the risk that the person won't be able to handle paying the loan." Now, if the U.S. economy begins to weaken and workers begin to get fired, subprime borrowers may default on their auto loans, which would be detrimental to the auto loan debt market.