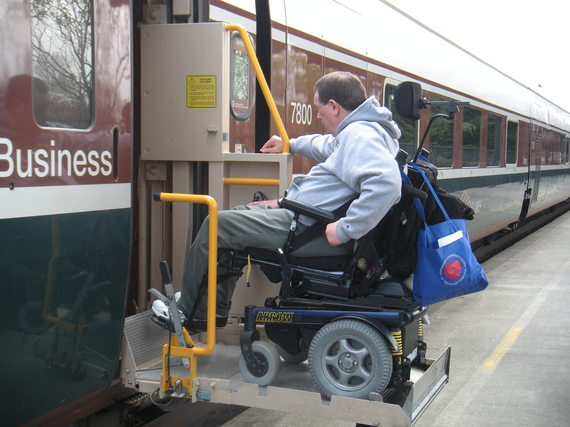 This may come as a surprise but the U.S. DOT could be the driving force in the future of accessible transportation technologies. The U.S. DOT might be the ones pushing the envelope for the creation of the best technologies for accessible/inclusive transportation. Correct, this is not some crazy named technology company from famous Silicon Valley but a group of people in DC who are actually diving into inclusion and pushing the technology industry to solve some really difficult but pressing issues. Issues about technology and how it relates to accessibility and aging.

The U.S. DOT is actually ahead of the game with the understanding that they need to be leaders in creating accessible transportation for the future. This is actually no small topic, with 10,000 people turning 65 everyday the need for accessible, safe and affordable transportation will only grow. Maybe the rise of rideshare companies such as Uber and Lyft have opened the eyes of our elected officials and they now understand they better get into the game before it gets too chaotic. Currently, in particular, the US DOT has created an internal working group called ATTRI (Assistive Technology Transportation Research Initiative), which is part of the ITS (Intelligent Transportation System Joint Program Office), has awarded many organizations, including Open Doors Organization, with funding to research the future needs for technology in accessible transportation for the nations older adults and people with disabilities.

The challenges for accessible transportation include high demand, low supply, additional expense for infrastructure and, of course, politics. Companies such as IBM, Google and Apple are working diligently with the disability community and older adults to research and develop transportation systems for the future. IBM has taken a major lead in access by naming longtime access expert Francis West the first ever Chief Accessibility Officer at IBM. Her role is to create standards and policies (including transportation) both internally and with the government. In fact it's really nice to see some of the biggest players taking such initiative, with the US DOT, in the future of accessible transportation. For the first time I actually see a marriage between business and government that may work, certainly nobody would ever doubt these efforts. For once there are not too many players on the field, but the right ones, and there is a wonderful public-private partnership. The DOT has controlled its funding so as not to spread the spending too thin amongst the industry. In fact they even plan to take this project a step further by doing research globally so as to find the best technologies and policies across the globe.

But what does this actually mean for the future of accessible transportation and technology? Well this means the future is actually still in the future so we do not really know how things will pan out but there are numerous technological areas that may fill the needs of the people. How about this idea from Boeing's Vicki Curtis (the voice of reason inside the monstrous Boeing), one day you will arrive at the airport sit down in an unmanned seat and be whisked directly to your gate then onto the plane without ever knowing that you were actually going through security and checking in with nothing more than a finger print or a bar code.

The U.S. DOT will soon release the findings of an Open Doors Organization, Battelle and Texas A&M grant that researched what people with disabilities, older adults and wounded veterans want in the future of transportation. Once these results are analyzed by DOT there is no doubt they will respond in a fashion that will make us all feel like our tax dollars are being put to good work. The ATTRI project will act as a voice of the people and I sincerely hope this project is able to help frame the future of accessible transportation by reaching out to the people who are affected and those who make policies. The smartphone is becoming more available and more functional. Through technology such as cellular and Wi-Fi, advancement of accessible transportation seems to be in its infancy but it also seems limitless. By supplying the transportation industry with information, designing and building an inclusive system from the bottom up does not seem incredibly advanced.