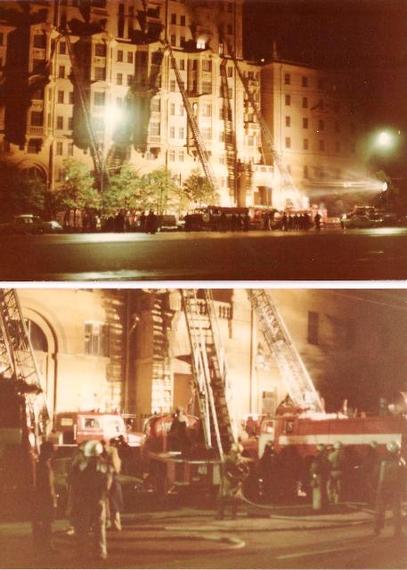 Diplomats working in the USSR had to contend with a wide range of difficulties - poor bilateral relations, KGB surveillance, tough living conditions, Russian winters. For those serving in 1977, you could add one more thing to that list - a massive fire. On the evening of August 26th, U.S. Embassy Moscow erupted in flames. The fire started on the 8th floor, and embassy employees quickly scrambled to save what they could. A great deal of information was lost or stolen, some of which was classified. Some had suspected that the KGB was responsible for the fire, and while this was later disproved, it was clear several "firemen" were actually KGB personnel trying to remove sensitive information from the Embassy.

James Schumaker was a young political officer who had only been in Moscow a few weeks when the fire erupted. William Andreas Brown was the Political Counselor. They tell of how the fire ravaged the building, how the CIA Station Chief disobeyed an order from the Ambassador and stayed next to his top-secret files with a loaded .38 as the building burned around him, and how playing "Disco Inferno" led to a formal complaint from the Foreign Ministry.

Read the entire account on ADST.org A fire in the embassy

BROWN: The embassy was overcrowded and had been for years. We had been engaged in these protracted, decades-long negotiations with the Soviets for a new embassy building. Reporting and other requirements levied on us had risen, so there were a lot of people working in a very small space. Because of the nature of diplomatic business, there was always a great deal of paper stashed away in all offices, both classified and unclassified. Over the years a lot of ad hoc electrical wiring had been put in. It was believed that one of these ad hoc electrical circuits burned out, starting the fire.

SCHUMAKER: It was a little after 10:30 pm on a Friday night. I was relaxing in my apartment at Spaso House [the Ambassador's residence] when the phone rang. Most of the eighth floor of the Embassy was on fire. The economic section, on the north side of the central wing, was almost completely engulfed, and I could see that the fire was rapidly spreading to the Press and Culture section down the hall on the south side of the building. The Marines had been fighting the fire ever since it had been discovered less than an hour before, but it was rapidly getting out of control. 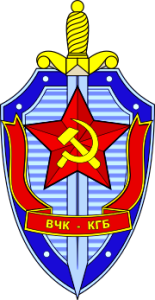 BROWN: Ambassador Toon was standing out on the curb, dressed in a tuxedo. He, too, had come from a social function and he was looking up, watching the fire. Soviet fire trucks were pulling into the area, ladders were going up against the building, and platoons and companies, or more, so-called firemen were racing up these ladders in brand new, firefighting uniforms. It didn't take much for us to figure out that they were specialists whose job included much more than firefighting.

SCHUMAKER: When the Soviet fire brigade commander asked for permission to move to the attic in order to fight the fire there, Toon at first replied, "Let it burn." This was because Toon suspected that some of the "professional firefighters" might actually be working for the KGB, and because the Embassy had a lot of sensitive equipment under the eaves. In reviewing later accounts by eyewitnesses, it seems unlikely that the first responders had KGB mixed in, but there is little doubt that some later arrivals were indeed representatives of the "Special Services."

Eventually, the firefighters were allowed to enter the upper floors under DAO [Defense Attaché's Office] escort. To prevent the KGB from hacking their way into our safes, several of the Embassy's military officers stayed on the tenth floor to watch the firefighters as they did their work.

BROWN: And the fire burned on. It turned out that at least two of the American employees of the embassy disobeyed his orders to get out of the building. They were the CIA Chief of Station, on the one hand, and a senior Sergeant in the Defense Attache office. Ambassador Toon apparently didn't know this, and I certainly didn't know it. At least these two individuals stayed in the building, carrying out the destruction of classified and sensitive materials, as best they could.

SCHUMAKER: Marc Powe found CIA Station Chief Gus Hathaway guarding his area dressed in a London Fog raincoat and armed with a .38 caliber revolver. On hearing the Ambassador's order, Gus gave Marc "a rather undiplomatic response," the gist of which was that he wasn't going to leave under any circumstances, even if the building was burning down around him. Ambassador Toon was not happy, but there was nothing he could do, and Gus stayed behind. Gus, like Toon, was a World War II veteran, and knew his duty.

BROWN: For my part I just stood around and tried to decide what was the best thing to do. I ran over to a nearby, separate building, where we had a Commercial Office on the ground floor. I had that building opened and placed a telephone call to the State Department Operations Center in Washington. I said to the Watch Officer: "We have a massive fire burning in the Embassy in Moscow. My prediction is that we will lose all communications with the Department. Therefore, keep this UNCLASSIFIED line open, 24 hours a day. Do not let the line be broken." That line became our only line of communication with Washington, as the alarm bells went off in the Department of State. We communicated with Washington over this line.

SCHUMAKER: [As I was heading home], my car suddenly stalled and could not be revived. My passengers and I pushed it to the side of the road, and were wondering what to do next, when a Russian drove up and offered to take the rest of us back to Spaso [Ambassador's Residence, pictured]. It was evidently one of our KGB minders, who decided to take pity on us and help out. We immediately accepted his offer, and drove back to Spaso.

The next morning, I clambered out of bed and walked over to the Embassy to retrieve my car and take a look at the damage. The eighth floor had been burned out, and every floor from seven on up had suffered smoke and water damage. The Chancery was a wreck, for all intents and purposes. Fortunately, no one had been killed in the fire, although it had been a near thing. One of our communicators in the ninth floor communications skiff didn't hear the alarm, and was nearly trapped, until the Marines, ever thorough, broke in to make sure no one was left behind.

DCM Matlock also nearly came to grief. He stayed in his offices on the ninth floor well past when it was safe. According to Ed Watson, our burly black telephone technician, he had to lift Matlock up bodily and carry him out of his office. At first, Matlock had refused to go, clambering around trying to save some of his books, or so Ed told the story. I'm just glad we were all able to laugh about it afterwards.In later years, the Embassy proved to be a proper firetrap, with a serious electrical fire in 1988, and an elevator shaft fire in March 1991 that nearly burned down the Embassy -- again. 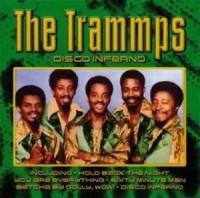 The Embassy got a measure of revenge a few months later, when the KGB shed caught fire and much of the roof around it went up in flames. The Marines saw the conflagration, and opened their bar on the second floor to celebrate, reportedly playing "Disco Inferno" by the Trammps ("Burn, Baby Burn") at top volume out the windows of the Embassy.

That was, of course, very droll of the Marines, but we got a protest note from the Ministry of Foreign Affairs, all the same.

Q: Was there a feeling that these firemen in their brand new uniforms took a lot of material from the embassy?

BROWN: Oh, yes. The evidence afterwards was pretty obvious. They had really gone through the rubble, opened safes, and taken advantage of the situation to exploit it as they wished, as far as sensitive files, equipment, and so forth. So, in security terms we had to reckon with major losses of classified materials, shall we say.