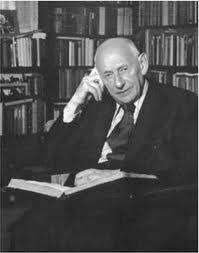 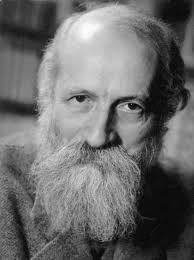 Although book publishing is subject to severe censorship in Iran, and there are redlines set by the state, they are sometimes crossed. Christopher Patridge's The World's Religions was translated into Farsi and presented to Khamenei during this year's Tehran Annual International Book Festival. But, the publisher did not include the book's sections on Baha'ism and the Holocaust. Propaganda for Judaism is illegal in Iran, but the works of many Jewish Gnostics and theologians have been and are being translated into Farsi and published. They include:

Martin Buber: I and Thou and Eclipse of God .

Joel L. Kraemer: Philosophy in the Renaissance of Islam.

Sigmund Freud: Almost all of Sigmund Freud's work has been translated into Farsi and published. Many Jewish scholars trace back Freud's psychoanalysis to Kabbalah, a school of thought originated in Judaism. Kabbalah is a set of teachings that aims to explain the relationship between an unchanging, eternal, and mysterious "infinity" and the mortal and finite universethat is God's creation. Abraham Roback has claimed (p. 185) that Freud's method is strongly reminiscent of Kabbalah. David Bakan has also claimed that Freud's work is the continuation of the traditional Jewish Gnosticism. Kabbalah and Hasidism researcher, states that he saw a collection of Jewish books in Freud's library that also included works on Kabbala and Zohar (D Bakan, Freud and the Zohar: An Incident. Commentary, 29, 65- 66). Thus, despite such background Freud's work has been extensively published and widely read in Iran.

Even the views of Jewish Orientalists about Islam have been published in Iran, even though such views are opposed by many. Two examples are Ignaz Goldziher's Muslim Studies and Schools of Koranic Commentators. Some of such Orientalists do not even Consider the Quran as God's words (against Muslims' belief), and yet their work has been translated and published in Iran.

There are no private television networks in Iran. Radio and television are state-controlled, and the Constitution grants the authority to the Supreme Leader to appoint the head of Iran's national radio and television broadcasting. But, many films and televisions series produced by Jewish producers and directors have been broadcast repeatedly on the national television. Many of them describe the Nazis' crimes. The official propaganda claims, on the one hand, that Hollywood is controlled by the Zionists, but show, on the other hand, many well-known movies made by, for example, Steven Spielberg. An old "trick" used by the national television network is showing famous Hollywood films produced by Jewish people, when very large number of people go out on street, which always worries the state. Some examples are as follows.

The anti-Nazi television series, Secret Army, produced by British Broadcasting Corporation, was shown on the national television and was widely popular.Some of the scenes with sexual content had been censored.

The 2008 film, Defiance, produced and directed by Edward Zwick, was broadcast on the national television in 2010. The film was about four Polish Jewish brothers who helped Eastern European Jews escape the Nazis.Another film, Marathon Man, directed by John Schlesinger and a cast that included Dustin Hoffman and Lawrence Olivier, has been repeatedly by the national television.

Four films that Iran's fundamentalists consider as Zionist propaganda have been repeatedly shown by the national television, with the latest showing being in 2013. They are The Cutter, an action film directed by Bill Tannen; the psychological thriller The Jacket, directed by John Maybury; the crime thriller Inside Man, directed by Spike Lee, and the American-Australian thriller Firewall, directed by Richard Loncraine.

Most Hollywood films that demonstrate that the U.S. government is corrupt and controls the people are shown repeatedly by the national television. Typically, before or after the film, a critic tells his audience that such films are meant to offer minor criticisms of the American political system in order to protect it frommajor and deeper criticisms. For example, the British television series House of Cards, which was about corruption in Britain, was shown in the 1990s. Currently, Netflix's series House of Cards, which demonstrates corruption in the American political system, is seen widely in Iran through the internet.

In addition, many documentaries about the crimes of the Nazis have been broadcast by the national television network. For example, the documentary, The World at War, has been broadcast at least twice. Life is Beautiful, Roberto Benigni's film about a Jewish librarian and his son becoming victims of the Holocausthas also been screened in Iran's movie theaters.

In Iran one can find the DVD of every Western film made by Jewish producers and directors, sold very cheaply out on streets. They include such films as Spielberg's Schindler's List, Roman Polanski's The Pianist, and Mark Herman's The Boy in the Striped Pajamas, all of which are about the plight of Jews during World War II.

All of this happens while Khamenei has very negative views about Hollywood. For example, in a speech in April 2009 he said that Hollywood and the United States government follow the same arrogant policy. In December of the same year he claimed,

"Most film production companies in Hollywood represent the political willthat exists behind the scene and is even beyond the government."

He claims that "international Zionism" - which does not necessarily represent Judaism - is dominant in Hollywood, and that the governments of the United States and Israel are the main promotors of Islamophobia, and that "the huge film establishment of Hollywood and its corporations are on an anti-Islam mission." Regarding the film American Sniper that was directed by Clint Eastwood, Khamenei said,

"The film American Sniper, which has made a lot of noise and was produced in Hollywood, encourages Christians or non-Muslims to harass Muslims as much as they can and encourages this concept."

Most importantly is the fact that an Iranian Jew received the most important award from the Ministry of Culture and Islamic Guidance. Haroon Yeshayaee (born 1935) was the president of Society of Jewish Intellectuals from 1979-1992, president of board of directors of the Society of Tehran's Jews from 1992-2007, and has been active in all aspects of Jewish culture and preserving its heritage in Iran.Yeshayaee has produced 10 films, 3 documentaries, and hundreds of commercials, many of which have won numerous awards in Iran. During the 2009 Tehran Fajr Film Festival he was selected by the referees as the best film producer of the preceding 30 years since the Revolution, and received the Simurgh Prize.

Film, music and fashion are phenomena that unite hundreds of millions of people all over the world and give them a common identity. Through self-display the expressivity culture has created a unique language that has expresses itself through the appearance of the people. Films have played an important role in creating this culture. When we watch movies, it is as if we are creating a common identity with others. For example, when the film Rain Man was screened in Iran, Tom Cruise's sunglasses became the fashion of the Iranian youth.

Speeches and Lectures by Jewish Thinkers in Iran

Many Jewish intellectuals have been invited to Tehran for speeches and lectures. Agnes Heller's book, A Theory of Modernity, has been translated and published in Iran. Her father was killed in Auschwitz. She was invited to Tehran, where she spoke about "Shakespeare in history" and "transition to democracy in Eastern Europe" in Tehran.

Commanding Right and Forbidding Wrong in Islamic Thought, a book by British historian and scholar of Islamic history Michael Cook, has been translated into Farsi and published in Iran. He was invited to Tehran, where he received an award from the Farabi Festival. He also travelled to Qom and visited seminaries there. Michael Cook was invited to Iran and awarded despite the fact that at the end of his book, Hagarism, the Making of the Islamic World, co-authored with Patricia Crone, writes:

"There are no Parallels in Islam to the emotive potentialities which make it possible to find in Marxism a secularization of messianic Judaism and in Freudianism a secularization of Protestant Christianity; The only obverse to the gravitas of the Muslims is the giggling of their womenfolk. But the compensation is very real, and has meaning for the everyday lives of ordinary men. The public order of Islamic society collapsed long ago; but the take-over of family life by slave-girls was by no means as far-reaching as the takeover of public life by mamluks. The sanctity which had fled the public domain thus found security in its private refuge: the Muslim mosque points across the desert to Mecca, but the Muslim house contains its qibla[the point toward which Muslims say their prayers] within itself. It is perhaps the last residue of the Islamic conquests that the Muslims can at least be at home in their own homes." [pp. 147-148].

Many leading Jewish scientists from the United States and Europe have travelled to Tehran to take part in scientific conferences, present lectures, and collaborate with their Iranian counterparts.

The United States, Israel, and the "Anti-Semitic" Iran (Part 1)

The U.S., Israel and "Anti-Semitic" Iran. Part 2: Khamenei, anti-Semitism, and the Holocaust

The U.S., Israel and "Anti-Semitic" Iran.(Part 3): Anti-Semitism versus Anti-Islamism

The U.S., Israel and "Anti-Semitic" Iran (Part 4): The Role of World's Jewish Intellectuals in Building the Iranian Society