This week the Standards body of International Telecommunication Union (ITU), meeting in Tunisia, adopted a call:"to expand its study of the wireline networking innovations required to achieve the ambitious performance targets of smart 5G systems. This call has come in parallel with ITU members' reaffirmation of the importance of ITU's standardization work to drive the coordinated development of ultra-high-speed transport networks, the Internet of Things, future video technologies, and smart cities and communities."

A former FCC Commissioner, Robert McDowell, among others, have expressed concern that the "World Telecommunication Standardization Assembly" of the ITU adopted this plan among other standards such as the navigational and addressing technology, Digital Object Architecture (DOA) ... because he said it " will affect geopolitics and global economic growth, and possibly Internet freedom for billions of users."

The Internet is and will continue to change life, work and play in communities and in individual lives around the world. The U.S. created the Internet and thus, in a real sense, already won as it is the only worldwide communications system in use and vital to every nation in the world.

When the U.S. Government decided to end oversight of the International Corporation for Assigned Names and Numbers (ICANN), the concern expressed by many people who should know better was clear. The opponents argued that the U.S. invented the Net, the silicon chip, the pen based and personal computer and most of the inventions and related innovations in the world. So, they concluded, we should set the policy governing the Net, not other nations whose views of democracy greatly differ from ours.

Our democracy was not undermined, or even threatened, by the government's decision regarding ICANN, as Larry Stickling, of the U.S. Department of Commerce, put it: "to start the transition process ... we look forward to ICANN convening stakeholders across the global Internet community to craft an appropriate transition plan." And it isn't threatened by this latest effort of the ITU.

It was a first step to involving other nations in the world in the growth and development of the Internet, particularly key to solving global problems that no single nation is capable of dealing with like world health, global warming, energy and water scarcity, terrorism and environmental issues.

In fact, the DOA was developed by Robert E Kahn, an engineer and computer scientist who, along with Vinton Cerf, invented the fundamental communication protocols at the heart of the Internet, indeed they made the Internet was it is today.

Kahn and Cerf saw "the need to move beyond the rather static methods being used to manage information in the Internet ... (and) its development over the coming years will likely see the creation of multiple metadata schemas for different domains."

As technology evolves, particularly the "Internet of Everything" (IoE), where everything is connected to almost every other thing, and providing cities and their elected officials with the tools to ensure safer cities, better transportation, health care, energy and water conservation, clean air, and environmental services, the global opportunities also take shape. By installing the broadband necessary for the IoE, cities worldwide are also building the platform for innovation, and the platform for global solutions.

As columnist and author of The World Is Flat, Thomas Friedman, has observed, the world is now a "size tiny," and every nation, every community, every individual is connected to everything and everybody else. It's not too soon-indeed the time is now-for the U.S. to develop the applications and the systems for world consumption as we did in developing the Internet itself, and as we did in creating Intelsat over 50 years ago thus creating the first truly global communications system. 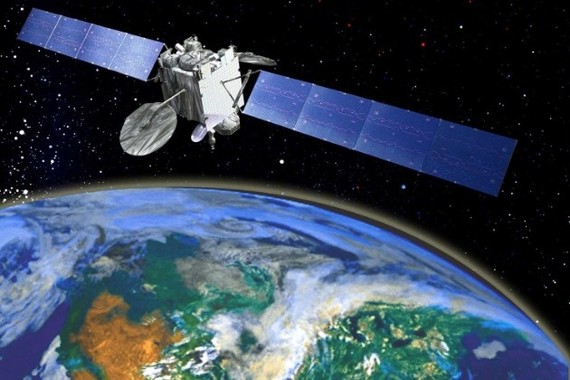 If we really care about democracy, we can keep the Internet relatively unfettered by showing the world that the Net is one of today's most valuable tools for wealth creation and well being mankind has ever developed.

The author was Principal Advisor to the President and acting Director of the White House Office of Telecommunications Policy from 1974 to 1976.