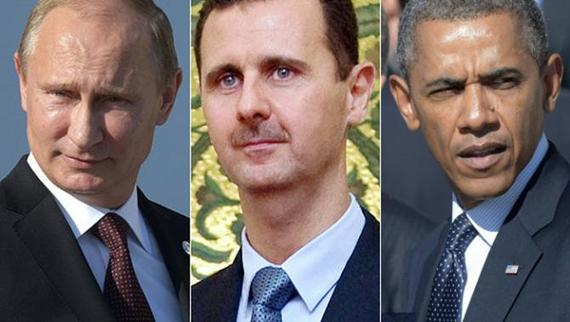 As the new ceasefire agreed between Russia and the United States is coming into effect, Syrian President Bashar al-Assad can finally relax in the knowledge that he has won the Civil War. Sure, there is still a lot of fighting left to be done, but the result is a foregone conclusion.

The reason for this can be gleaned from the detail of the Kerry-Lavrov deal. In principle, the deal stipulates that Russia and their Syrian clients in the Damascus government, along with Assad's Iranian allies cease hostilities against American clients in the fighting, and in return, those American clients stop their own offences against regime targets. Then, both the United States and Russia move on to bombing ISIS and al-Nusra targets.

So far, so good. The only problem is the definition of "al-Nusra targets". ISIS have done a reasonably good job of distinguishing themselves on the battlefield by effectively fighting against everyone else. But the al-Nusra group has been much more porous. They have formed numerous alliances, of various durations, with most anti-regime groups. They would have had collaborations of convenience with virtually all rebel groups. And many rebel fighters would have moved in and out of different groups, and would have, at some point, had some kind of involvement with al-Nusra.

In effect, Russia got a deal whereby they can go and bomb virtually all opposition to Assad, and can haggle with the US on a case-by-case basis on groups about which the US cares about particularly strongly. For its part, the US walked into this deal with open eyes. Their strategic calculus has changed. They no longer care about Assad. The Obama administration has long realised that they lack the desire, and really even the popular backing, to ramp up their involvement in Syria sufficiently to influence the outcome of the Civil War. So now they want to wash their hands of Syria, and limit their exposure - while maintaining their priority of bombing ISIS into the dust.

The short of it is that the US no longer cares very much about any of the assets it has in the rebel camp and has conceded to the Russian position that the Damascus regime should prevail, and the sooner the better. It may deem it tactically wise to protect some of their clients, but by and large, the rebels have been abandoned by their biggest backer, and can expect to be hammered into submission whenever any association can be drawn between them and al-Nusra - which will be often.

Just how well this will turn out now remains to be seen. There is still no reason to suppose that a victorious Assad would be gracious in victory, given how little regard he has shown towards his civilian population so far. We can expect that many of the regions where he suspects opposition to his regime to re-ignite will be cleansed. So Aleppo will continue to be laid to waste. And the refugees will continue to pour over the border for a while longer. While those who have already made it to Europe who had hoped to one day go back to their country may find that is no longer an option available in their futures. 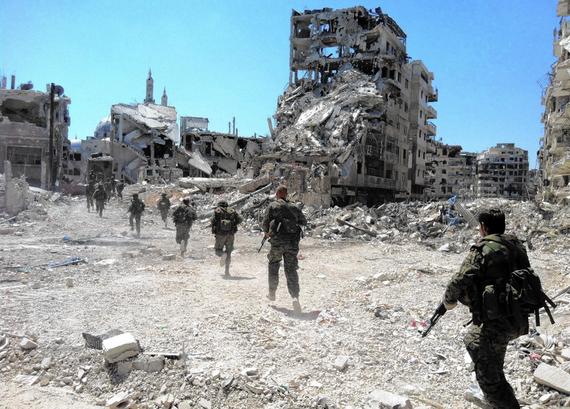 Perhaps Alawites and Christians and other religious minorities will be able to go back to some kind of Baathist co-existence, but Sunni suspicion and hostility towards the regime will remain. And the regime's suspicion and hostility towards the country's Sunni population will also continue. Perhaps this kind of division can be contained and managed, in the same way that the Israeli-Palestinian conflict has been successfully contained and managed, with only occasional flares of violence. But there will never again be a sense that the state of Syria has any kind of legitimate basis, or that there is more keeping it together than just force: Alawite, Russian and Iranian. There will never again be any hope that the state of Syria can ensure justice for all its people.

This article was first posted in Al Arabiya