The vast majority of bands never make it past their first album, and that's if they even get to that milestone. Many of those that do won't last long, and very few can keep any success going for several years. Recording even just one song that fans still want to hear several years on is a dream for many musicians, and those that are able to still move audiences after so much time has passed with the same tunes must understand how lucky they are.

One band that really gets it is The Used. The hard rock outfit originally from Utah have been together for over fifteen years, and 2016 sees them touring the world with a very special idea. The band is playing their first two albums in their entirety over two nights (first the debut, followed by the sophomore record the following night) for the fans that have stuck with them all these years.

I am one such fan, and I recently attended the group's first New York City show, where they spent an hour or so talking with the audience, reconnecting, and most importantly, playing The Used, which is perhaps their most popular record to date.

Before the band took to the stage, I spoke with frontman Bert McCracken about what it means to the foursome to be able to sell out a venue in Times Square on a record that they've been playing for over a decade. 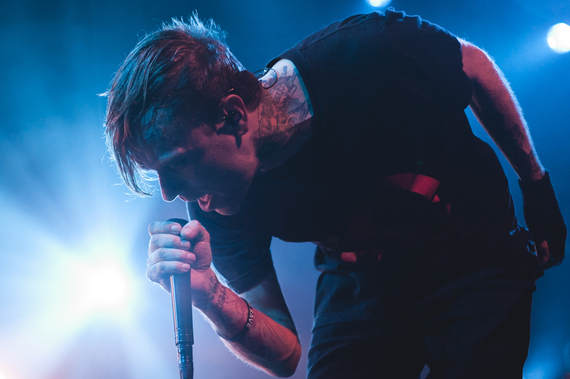 Did you ever think you'd be celebrating this anniversary with a tour like this?
Not in a kind of bloated ego type of way, but I've never imagined doing anything else. Still don't. I hope and send my positive vibes up to the universe that I can do this for thirty more years. That would be amazing. Forty more years even. Fifty more years, can you imagine?

No.
Music is such a gift, so many cliches but that's the best word to describe these tours. We started in Europe and this is the kind of...the pinnacle of our entire musical career, if you want to call it a career. It has just humbled me so much, to understand that this music we made, these lyrics have transformed and kept their severity and their relevance. I wrote them but still I feel like they're out of my hands. They represent so much more than what was intended, with a selfish kind of teenage angsty vibe that was involved in the writing process.

For me, these records have literally kept me alive, saved my life so many times, that when people tell me how much they mean to them, I get it. I love that and the fact that we are a big part of a bigger thing that is music, that is bigger than words, you know.

Even before Myspace, we would throw our songs on MP3.com. Music was less accessible, art was less accessible and more mysterious, but also we were a lot younger. There were people who were eight when the first record came out and like, when they were nine and ten, that was kind of the first music they started listening to, that and a whole genre of other really great music, I think.

These first two records are kind of monuments to the importance of music in a cool way. They are our offering to the Used fan. The actual reason, another big cliché, the actual reason why we're playing sold out shows and having so many people literally crying. Allowing me to be a kid and crying. You'll hear it a lot. I want everyone to be a kid again. That's music. Music allows us that. They're a thank you for the hardcore Used fans, and also a really cool opportunity for us to approach emotional content, we may never have before and play songs that we've just never played. It's fantastic.

So many years in, so many tours, so many albums in, do you ever get a little tired of playing some of the same tracks?
To be honest, redundancy is a serious, real thing no matter what you love to do. Sex is a perfect kind of analogy because there's times in everyone's life where maybe you don't feel like having sex but once you start having sex, you're like, "This is sex. This is the best thing I can be doing with my time."

If I don't feel like playing a show, which is, if I could also be as honest as possible, which is very possible. One of my favorite things to do on this planet is to play shows so if there is a day where I've had a tough day and I feel down, the show is what gets me back to who I know I am. Like I said, these songs have...the meanings have kind of been shattered and reassembled, fifteen years later, looking at the world we live in, these songs are about freedom.

The fact that these songs kind of transcend before people on stage and are bigger than... It's really about all of our lives, if we've been a part of it, then you know.

You say a lot of these songs that had certain meanings when they first came out, they now mean something entirely different?
I think that obviously meaning is in the eye of the beholder. The listener. For me, "Taste of Ink" used to be about being stuck in this broken turnaround relationship, stuck in a small town where you think that you're not going to be able to play music at all and everywhere you try to as that's your last show there. Please don't even ask to play here again.

When I first wrote it, it was about that kind of freedom, which is very selfish. Not a completely narcissistic selfish but a kind like, I need to fucking be me for my dreams. Now the song could be about what it really means to be free, what it means to feel sober without inhibition, to be alive on that realistic high. That is what life is all about. It usually comes with hard work and sacrifice. It's a beautiful, painful thing, like feeling naturally high. It's amazing.

It translates. This is such a serious time for the world. So many displaced people we could talk about. They're more on my mind nowadays than like, getting out of Utah. Kind of what these songs represent now like, "Noise and Kisses" is about trusting people before they fuck you over and then you get fucked over. That kind of beautiful pain is what makes us, us, and what makes life worth living. These are hypotheses. These are all theories. They make a lot of sense to me especially seeing the amount of love, feeling the amount of love in the room.

How much longer is this tour going?
It's not even halfway. It's a big tour. It's so exciting. We'll finish this and we'll do a few things this summer. We're planning a second leg of this.

Really?
For all the places that are kind of not the A market.

Like where?
The B market. You know like Richmond, Boise, St. Louis. Tons of places we've missed on this one.

Because it's going so well?
It's not only that. We've found this kind of magic. It's been a kind of fire underneath the Used with the addition of Justin Shekoski, our new guitar player. We've never been more like, head in the game focused and ready for awesome things and we're writing on the road which feels good. I think that it's worth it to kind of take the time to release records that mean that much to me.

Yeah, definitely. It's would be best to say, once this wraps up you're kind of doing it all again, and then what?
Maybe trying to celebrate the acoustic record and doing some kind of serious big acoustic shows and recording a new record. We already have quite a bit of material. It's so exciting.

Isn't it exhausting on the road?
Is playing video games exhausting for the gamer? No, he loves it. Is poker exhausting for the champion poker? We've put in the work. We know how to bluff. We bluffed our way here. We faked it so we made it. It's a beautiful thing that like, to make it in music, you have to love it and you have to be able to do it. It is that simple.

Anything else that you'd like to say that you don't say or haven't said on stage?
I do say it on stage but it's really for the hardcore Used fans. The reason why we're here. There's nothing more real than that. If it wasn't for the love and support of the fans, then there wouldn't be Used shows to this day so this is a celebration for all of us. It feels more than amazing. 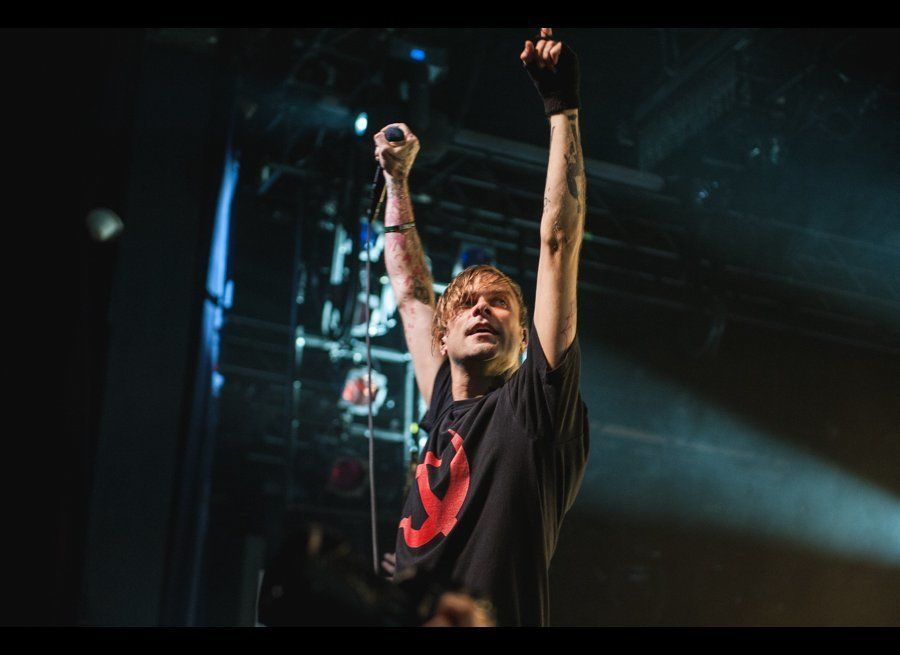