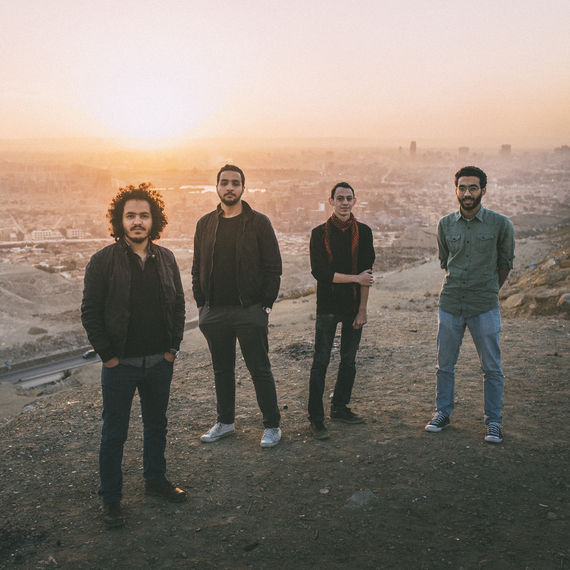 Rem Koolhaas the world class architect once wrote that "[a]rchitecture is hazardous mixture of omnipotence & impotence. It's by definition a chaotic adventure in other words, the utopian enterprise."

With the new wave of social entrepreneurship happening over the past couple decades, every discussion of social impact became essentially a discussion of innovation and sustainability. Charity was no longer enough, and now innovative business models are being adopted to provide long-term solutions to the world's toughest social challenges. From health to education, to renewable energy and waste management, many innovative enterprises are popping up across many fields. One cross-over that has been particularly fascinating is that of architecture, business, and social work, where architectural models and innovative designs are used to empower marginalized communities.

Could this cross-over between the fields be the 'Utopian Enterprise' Koolhaas has alluded to?

To understand more on how such seemingly different worlds collide, I sat down for an enlightening chat with DSolve's founding members. DSolve is a new social enterprise established by four students (Mohamed Sabry, Mostapha Taher, Hisham Emam, and Safwat El-Tahawy) from the Faculty of Fine Arts, Helwan University, Egypt. Though only in their early twenties and fourth year of their undergraduate studies, these young artists seamlessly combine their love for architecture with the world of social innovation to service those at the bottom of the socioeconomic pyramid.

The team has been working together for about a year now and have participated in multiple architecture competitions. They started off with dreamy futuristic designs that were a bit sci-fi looking. Overtime, however, they gravitated toward more problem-centered designs that can solve real-life design challenges. In one competition, their project tried to tackled how to build impermanent structures on slopes. Their work thus far has been theoretical, sketches on paper, but along the way they saw the huge potential role that architecture and design can play in tackling social problems. Founding their own enterprise was the best way to have this potential realized and bring some of their design concepts to life. Hence, DSolve was born.

The "D" in "DSolve" was originally to stand for Delta which represents the number 4 in Greek, the number of the founding members. Delta is also the sign for change. But the letter also has a deeper meaning for the team, "the same letter that starts the words disease and despair is also the letter for the words design and dialogue", they told me.

DSolve passionately talked about the role of good design in optimizing functionality, increasing productivity, and ultimately improving lives. Their aim is to work directly with entrepreneurs from marginalized communities and help them realize their full potential, all through Design Thinking. Their enterprise is currently a Shanghai regional finalist in for the world's largest social entrepreneurship competition, the Hult Prize*. Though they have their eye on the $1 million prize, they are not looking at the prize as the end goal, but as means to accelerate their enterprise. Faced with the complex challenge of increasing the income of 10 million people living in crowded urban areas, they are looking to design a solution that will be as simple as it is impactful.

Although a bit utopian in their goals, in their approach they are anything but. When it comes to working with marginalized communities, the majority of the developmental projects currently run by governments and aid-organizations often try to scrape the existing structures and create new ones. This strategy has proven a thousand-times over to be not only ineffective, but also harmful as communities fight back. Instead, DSolve believes that to have real social impact it is important to understand and work with existing structures, not against it. Not only that, but that it is crucial to involve communities through participatory design.

One influencer who has profoundly inspired their work is the Chilean Architect Alejandro Aravena. Through participatory design, Aravena was able to build flexible half-homes for hundreds of families in Chile's poverty-stricken favelas (slums); an innovation that helped him win the Pritzker Architecture Prize, the field's most prestigious award. Much like Aravena, DSolve believes in people's own skills and capacities, and plan to capitalize on that. Working against the faulty assumption that people don't know what's best for themselves, they want to directly with entrepreneurs from within these communities to improve their businesses and living conditions through better design. As Aravena has eloquently put it himself in his famous TED Talk, they believe that "people are not the problem but the only possible solution".

Going back to Koolhaas's quote, this hazardous mixture of omnipotence and impotence is not just an architectural problem to solve, but one for all social entrepreneurs regardless of their field. When it comes to social problems there are many forces at play- economic, environmental, and cultural. It is how we position ourselves among these forces that determines the outcomes. If we try to work against the forces- as many projects currently do- the cancelling effects of badly positioned forces will give rise to the impotence. But with the right changes, where we work with the direction of the forces we can achieve omnipotence. This can be done by aligning social goals - as ambitious and as utopian as they may sound- with innovative business plans to create the social businesses that can truly change the world for the better.

* As this article headed for publication, DSolve did not make through the Shanghai rounds, but plan to re-apply through online rounds of the competition. You can contact the DSolve team at Dsolve.Four@gmail.com