On Facebook, I watch a video of my friend Ginger cheering on her little boy with classic motherly gusto: "Can you make it beep? Keep trying! Push the button!" Her voice is calm but encouraging.

Ryan's eyes are wide and he fumbles, but he manages to push the button and is rewarded with a beep. "Good job!" Ginger says. I can't see her face in the video, but I can hear the smile in her voice. This is typical of her; for as long as I've known her, she has never been anything but positive.

Things haven't always been this way.

Six weeks ago, Ryan worked as an assistant manager of one of those cool shops in the mall. He sang and played guitar. He was active in his church and idolized his longtime girlfriend, Jamie. 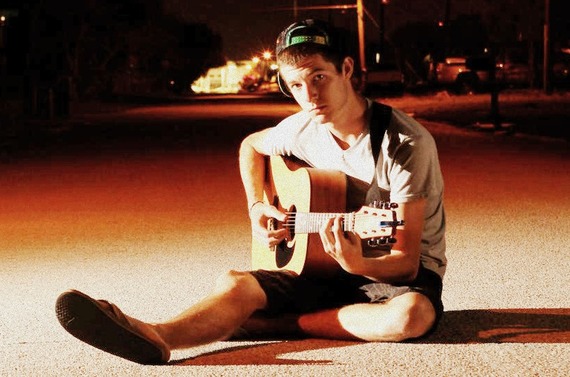 But on January 4th, 2015, Ryan and Jamie were in a freak jet ski accident that caused them to crash full-speed into a private dock on the river in their hometown of Melbourne, Florida. Ryan suffered deep lacerations in his legs and groin. He broke all of his leg bones and his jaw. When the owner of the dock came running outside to see what had caused the commotion, he discovered Ryan lying limp on the dock and rushed to help him. In spite of his horrific injuries, Ryan was able to speak immediately following the accident. But he was only able to say one thing:

Jamie was still in the river lying face down and unconscious with a shattered pelvis and severely damaged aorta. If Ryan hadn't called attention to her, she might have died. How many 19-year-old boys save their girlfriend's life for Valentine's Day? 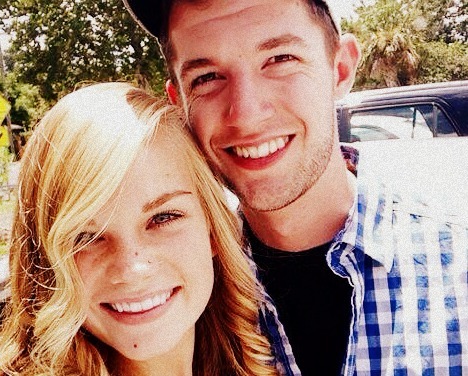 In those first days after the accident, we rejoiced that Ryan was permitted to keep his legs, that Jamie's aorta was successfully reconstructed. Jamie awoke that first week. Ryan didn't. On day seven, an MRI revealed demyelination, or damage to the coating surrounding nerves in his brain. This damage can cause difficulties with feeling, moving, seeing, hearing, and thinking clearly. The neurologist's prognosis at that time, in Ginger's words, was "very unfavorable." 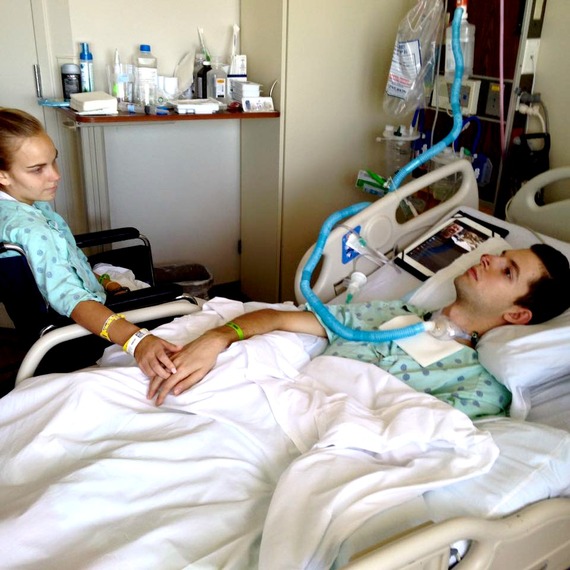 As I type this, it is day thirty-eight. Ryan still has a very long way to go to heal his body and it has become clear that the damage to his brain is significant. Everyone close to him has been forced to accept a new reality.

But their faith in his recovery is strong. On day seventeen, Ginger wrote: "Ryan will ask for two things when he wakes up ... first Jamie, then his acoustic guitar."

Unfortunately, the young couple won't be spending this Valentine's Day together like all the other lovebirds. Ryan has been flown to Shepherd Medical Center, a top rehabilitation hospital for spinal cord and brain injury in Atlanta, while Jamie remains in Melbourne. They FaceTime, though. Ryan can't speak much more than a grunt yet, but Jamie is content to do all the talking for now. Ryan cries during these conversations. He seems to be trapped in his own mind. "I wonder what he's thinking," Ginger writes in a status update.

I want to be sad for what has happened, but I can't. I can see that Ginger doesn't want us to do that. She only has room for optimism, hope, gratitude. "Speak Life," commands the banner on the new Facebook Page dedicated to Ryan's recovery. I admit that I have privately wondered how Ginger stays so strong, how she does not crumble in the face of this unfathomable tragedy. I would crack, I think. I wouldn't be as strong as she is, wouldn't have as much faith. But she is far too busy being Ryan's cheerleader / nurse / therapist / advocate to waste too many precious moments falling apart. I want to say I admire her spirit, but this is such an understatement that it's practically an insult. There isn't a word big enough to measure my admiration for her.

"I miss him," she said once, just once, at the end of an otherwise buoyant status update. That is the single pithy allowance of public grief she has permitted herself thus far.

The other day I told her I love hearing her cheer Ryan on in the videos. "I try not to do cartwheels when he does something awesome," she said. I picture her in one of her conservative cardigan sets, doing a cartwheel in the hospital room, kicking over medical equipment and shoving Ryan's bed across the room, and I laugh.

Today, Ryan successfully followed several commands with the various therapists who attended him. These minute accomplishments are so strangely immense. A focusing of the eyes, a movement of an arm, a grunt; each relearned skill is a critical step in the right direction towards healing, towards pulling Ryan out of himself. It will be a long road to recovery. But if Ryan's spirit is anything like his mother's--and I bet it is--then I think we have every reason to be optimistic. 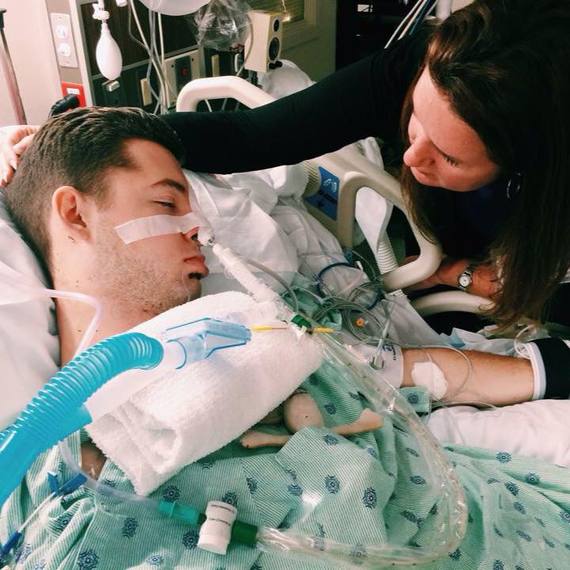