We all grow up with a certain set of values. Our families of origin have a tremendous influence on our lives, and although some values may be later deemed unnecessary, or need to be adjusted, others are still viable and have great impact. I have lived my life in keeping with many of the values I was taught as a child. Most of them were passed down to my own children in one way or another.


I never said they were stimulating conversations! 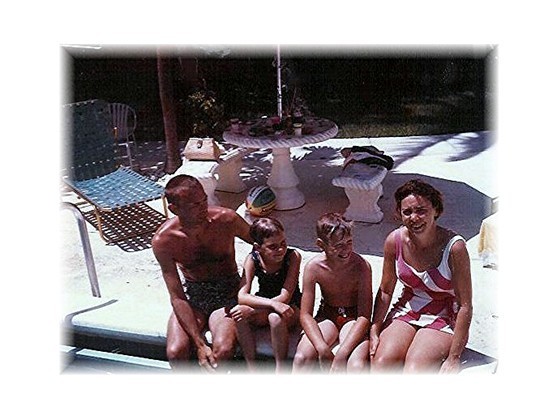 Core Value: Love (or at least respect) your family and family ties. Now, there were other ones, not values really, ... more like, do not ride horses (sorry, Mom), do not climb trees (sorry Mom), and do not hang out around dogs during a storm, especially no big dogs. Dogs attract lightning (sure, Mom). I know, the dog thing is batshit crazy, but she insisted it was true until the day she died. Both of my parents were kind of risk averse, which is probably why I like adventurous activities and large dogs. There was also "don't kill anything unless you are going to eat it" because we liked to fish. During the summer there was a fish fry every Saturday night at the lake. Of course, I don't fish now, I look at fish instead. I prefer seeing them alive.

I grew up in Southern Ohio and there were many racial/ethnic values which did not sit well with me during the time I grew up and still don't. My Grandma warned me about dating "Papists" because the Pope was the devil. No Jews either since they "killed Jesus" (I know that is untrue, don't worry). Oh, and only a trashy white girl would date a black guy. I never heard that one from my parents, but I did hear that I should marry within the same race ... my own race (white). Hey, it was the 60s and 70s, you know? My mother grew up in Kentucky where there was segregation, and while she was not a racist, her parents were. I won't even tell you some of the things I heard them say! I was horrified by the prejudice from an early age, so it probably helped set me on my liberal path. My nuclear family was always pretty liberal, or non-political, and encouraged debate. There was nothing you couldn't ask, and with my endless curiosity, I asked a lot of questions.

I'd love to hear about other "family values". Any pearls of wisdom from your family? Anyone else's mother think that dogs attract lightning?