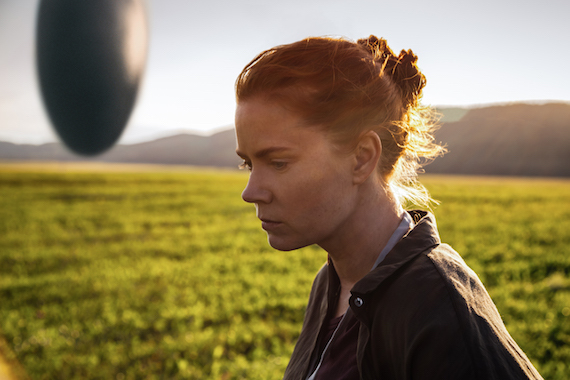 At the start of the film Arrival, I wondered what the title referred to. Was this about a baby's arrival, the arrival of an illness or the arrival of the end? But this being a Denis Villeneuve film, the answer is just not that simple.

Arrival, which premiered at the Venice Film Festival to a packed audience, is a film that moves in sci-fi fantasy tones, yet has its cinematic feet deeply planted in the here and now of modern reality. As humans, we're refusing to speak to each other, to truly hold a conversation. We talk at each other, through social media and by shouting into our mobile phones, but we never really want to hear what comes back from the other person. It's as if they were speaking a language we couldn't understand.

So in Villeneuve's film, twelve spaceships -- strange ominous things that look from afar like The Gherkin building in London or a large dark grey egg on Equinox day -- land in twelve countries around the world, from China, to Pakistan, to Russia, and of course, Montana, USA. The first thing governments around the world want to do is try to open a dialogue with "them" but only because they realize as a world collective that these scary things, inhabited by scary creatures, could be unbeatable.

Amy Adams and Jeremy Renner play a professor of linguistics and a scientist, respectively and through their eyes, their struggles, their fears and their eventual achievements, we the audience live the film. So much of Arrival takes place quite literally on the actors' faces and if there are two actors out there who can handle this kind of cinematic pressure, it's Renner and Adams. The arrival of these invaders, it could represent so much we deal with in real life, yet I couldn't help but feel that the film stood for something greater still. It's a cry for help for humanity, a real commentary on how we could find the answer if only we learned to have a dialogue, force ourselves to speak "the Other's" language instead of turning our backs. And open that conversation up across borders, over oceans, and including all lands.

The various emotions of the film, from joy to discovery with all shades of feelings in between, uplifted me and I walked out of Arrival feeling like there is hope for us yet, if someone like Villeneuve exists. 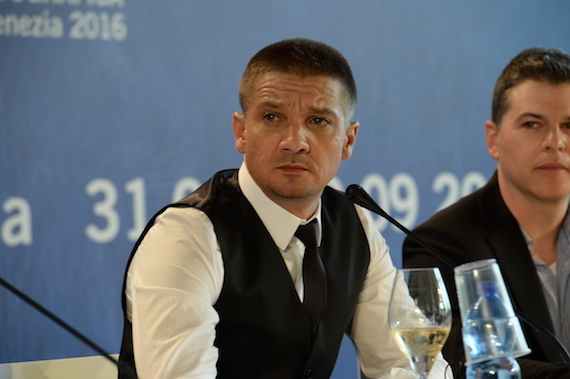 Later in the day, Adams confessed what drew her to the role, "the script was really beautiful and really compelling. I was so surprised and to be so surprised was a joy -- this was a woman's story and such a beautiful thing to hear from such a powerful artistic man." While Renner admitted, "it was a beautiful emotional story which is unusual with a sci-fi film. There were many reasons to say yes and no reason to say no." Adams added that "Denis trusted the audience which is so beautiful. He trusted the audience to go on this journey." And this journey we trust to take with him, unquestioningly, and gladly.

American Anarchist is a documentary that tells the story of William Powell, the man who as a 19-year old wrote The Anarchist Cookbook. The book, which teaches how to make bombs, LSD and how to maim and kill, among other things, has been found in the questionable "libraries" of the Columbine killers, the London transit terrorists and the Oklahoma bombers. And yet, the older Powell seemed unapologetic in Charlie Siskel's film. In this world where it's easier for a boy to buy a gun than to get beer or cigarettes, I wonder how much of it is really Powell's fault. 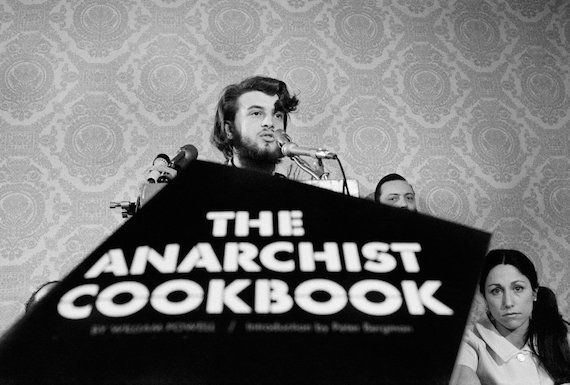 In a haunting back and forth between him and Siskel in the film, who pushes Powell to admit some responsibility, at one point Powell equals himself to a worker in a gun factory. He says something like, that guy in a Smith and Wesson factory, he put the gun together but is it his fault when that same gun is used to murder someone? Powell is constantly tripping over names, mispronouncing them and uses the excuse of a few years spent in England with him parents to sport a weird, English, haughty sounding accent. I shouldn't speak of course, my accent is all over the place, but there is something in his character, the way he looks manipulatively into the camera and his use of language that really irked me about Powell, as first. As his wife wisely says at one point, "as an adolescent you do dumb things, but not all put them into print." But then, as Siskel treated his subject and his story so beautifully and personally, I had a change of heart.

The War Show is a film, another documentary, I feel torn about. On the one hand, it's a harrowing account of what happened to a group of intellectuals, artists and hippies (do we still use that word?) in Syria, since the 2011 revolution. Going into it I thought, do we need another documentary about Syria? Of course, I am not there, I haven't suffered the kind of harassment the people in the documentary have suffered, and I don't know. But I read a lot, and I feel like, as any good dictator, Bassar Al Assad has created an atmosphere where he seems direly needed. If he goes, so does Syria -- or has it already gone... There is a new Syria that has been created by all the Syrians who now live around the world, so goes Andreas Dalsgaard's documentary at one point, as narrated by radio DJ Obadiah Zytoon. 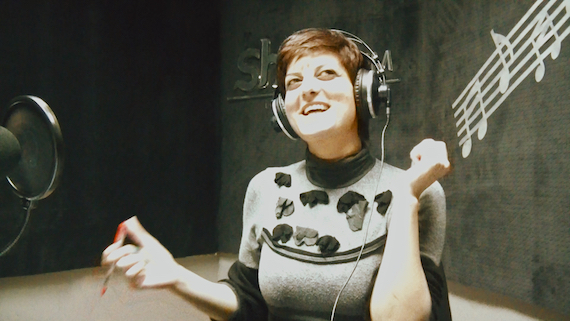 Did I find the answer to my question? Yes, I did and yes, we do need another documentary about Syria, because there are as many stories about the country as there are people. We may not always want to watch a film about a group of friends who simply wanted to live life as modern guys and girls, in a modern country that is part of a modern world, but when we do watch The War Show, we realize that "they" are really "us".

And that's always a great sign that a film has done its cinematic job. When it has taught us to be more in touch with our humanity.

All photos courtesy of La Biennale, used with permission.