The ladies of "The View" have some strong opinions about whether it was appropriate for David Letterman to instruct his viewers to vote against Mitt Romney unless he agrees to come on "Late Show."

Token conservative Elisabeth Hasselbeck, who may not have the highest opinion of late night hosts these days, sarcastically dismissed his snarky call to action as "real mature." And Barbara Walters seemed to agree.

"I love David Letterman, but come on guys, it's a television show," Walters said.

Sherri Shepherd defended Letterman, pointing out that Romney has yet to appear on "The View" as well. "He can't handle sharp-tongued women, he can't handle the man of the night time," Shepherd said. "You gotta do all that to become president."

But she appeared to be outnumbered. Whoopi Goldberg offered no opinion, perhaps due to her long friendship with fellow comedian Letterman.

President Obama has appeared both on "The View" and "Late Show."

When it comes to Republican presidential candidates, Letterman seems to often have the upper hand. In 2008, he caused a stir when he caught John McCain canceling on his scheduled "Late Show" appearance only to go on Katie Couric's show instead. Letterman forced McCain to reschedule and apologize.

While both Romney and his wife have appeared on "The Tonight Show with Jay Leno," the candidate seems reluctant to go on any other late night talk shows. In the infamous "47%" video, Romney claimed that Letterman was jealous of Leno over his preference. He also said that he rejected an offer to appear on "Saturday Night Live," as he felt it would make him look undignified. 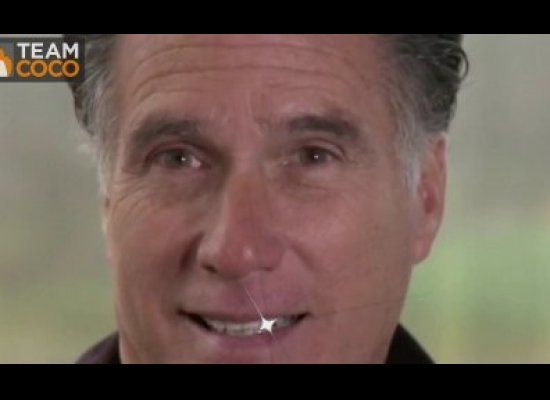