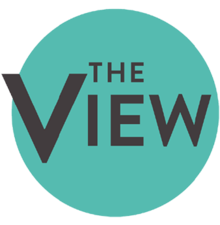 The View is trading intelligence for stupidity.

With Season 18 of The View coming to a close this week on ABC, the once ground breaking show continues its slow slide into irrelevance with news of its recent cast changes.

Activist and actress Rosie Perez, 50, is out. Political analyst and former White House Communications Chief, Nicolle Wallace, 43, is out.

Wallace worked for President Bush's reelection campaign in 2004. Her valuable insight into the behind the scenes strategy of the campaigns is a relevant and important perspective for a talk show during an election year. Wallace's knowledge and area of expertise stands in sharp contrast with what two young actresses best known for their childhood roles on sitcoms in the 80's and 90's, and a little known comedian, will bring to the panel.

During prior presidential election years, candidates of both parties often made appearances on The View. They were asked tough questions as well as light-hearted ones, led by show creator and legendary TV journalist, Barbara Walters. The View used to veer between serious and outrageous conversations with an ease that set it apart from its competition.

It's difficult to imagine any candidate wanting to sit with this crop of hosts, especially when the newbies wear their ignorance as a badge of pride.

During a discussion about Donald Trump and the first presidential debate, Symone offered this gem, "I don't even know politics. But if they don't take publicity training like actresses have to, they are going to fail miserably. Donald Trump knows how to [bleeped out by the censors] and not care about it for one second. And I don't even know those other people and how they talk, but if they can't learn how to buffer that, they're going to fail."

Collins contributed by referencing her reality TV cred: "If the celebrities on The Apprentice can stand up to Donald Trump, why can't the other nominees? If Kenya from Atlanta Housewives can stand up to him, so should these other guys."

Goldberg declared they were only talking about Trump because it was on the teleprompter, so the heavy lifting was left to Wallace. Wallace pointed out the irony of the other candidates falling all over themselves to kiss Trump's ring four years ago when they were looking for his financial backing and endorsement, but now they're attacking him.

With rival The Talk gaining in the ratings, ABC is dumbing down The View in a ploy to get ratings in the younger demographic. When Symone and Cameron Bure's recent tussle about "religious associations" went viral, ABC must have decided that stupid sells better than sense. This assumption is an insult to its viewers.

Is ABC looking for someone to fill the seat vacated by Elizabeth Hasselbeck? Hasselbeck was the conservative voice on The View for 10 years before leaving to co-host Fox & Friends on the Fox News network. Toward the end of her tenure on The View, Hasselbeck often appeared to spout the RNC's talking points, regardless of the subject matter. Wallace, on the other hand, comes across as sane, moderate and articulate, no small feat for a Republican in this current climate of crazy.

In the short term, The View may very well get a ratings bump when the show returns in the fall. But in the end, it will be a short-term gain. While crazy is good for "reality" TV shows, in the real world, crazy can only trump sane for so long. Or so one hopes.