The 20th century was the century of overwhelming force. Two World Wars were won and lost on the basis of who had the first machine guns, who had the biggest and strongest tanks, planes, and finally, who was the first to build an atomic bomb. 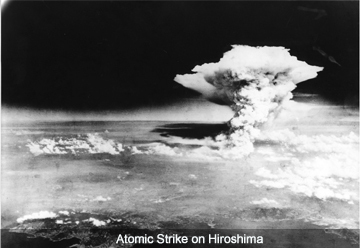 Our invention of new ways to level massive force at our fellow man culminated in the absurd Cold War, with two super powers pointing 45,000 nuclear weapons at each other -- each capable of wiping out the human race, and the planet we have been lucky to have as our home, once and for all.

Perhaps our definition of victory needed a little rethinking.

We missed some important signals in the last quarter of the century. The Vietnam war was a war fought not on battlefields, not troops against troops to take beaches or bridges, but in villages -- villages filled with women and children.

When a teenage girl may be carrying a homemade bomb in her basket, what is your strategy? Level the entire village?

Its massive arsenals of sophisticated weaponry enabled the United States to kill between 1 and 3 million Vietnamese civilians. And then lose the war.

Not long after, the Soviet Union had the same lesson presented to it in Afghanistan. With all the might of the Soviet arsenal at its fingertips, one of the world's two most powerful countries could not defeat the relatively ill-equipped Afghanis.

What they did manage to do was kill somewhere between 850,000 and 1.5 million civilians.

It is bad enough that in this century women and children are the primary casualties of war. But apparently you can't even win a war this way. In a war of insurgency, every time you kill an innocent child, level someone's apartment building, let someone watch their brother or sister die of shrapnel wounds, or leave scattered school books and pools of blood in a courtyard where children had been playing, you are creating a new generation of insurgents.

Twentieth-century rules no longer apply. As Christopher Dickey recently pointed out in Daily Beast, for all the billions the US spends on defense, a small handful of people managed to bring down the World Trade Center and blast into the Pentagon, armed with little more than box cutters. Al Qaeda and Isis, he says, "are to the Pentagon what Silicon Valley startups were to Eastman Kodak."

There is, fortunately, another side to this coin. There are events that you don't read about in the headlines any longer, but are very much a part of the shape of our world today. 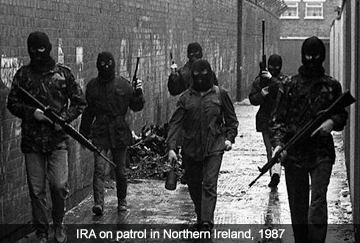 For a good part of the 20th century, Northern Ireland suffered the IRA and British repression of the IRA, which included bringing tanks into sports arenas and opening fire on the football fans among its impressive shows of force. These days, you no longer hear about opera houses in Belfast being blown up or IRA bombs being planted in the London subways.

Similarly, the bloody, ruthless fighting between the Sandinistas and Contras of Central America stopped somewhere along the line. Does anyone remember when or how? Or did it just fall out of the news and out of our vision?

Timor-Leste (East Timor), less than 15 years ago, was overrun with foreign-backed militia massacring civilians who had sought refuge in churches, leaving the priest lying with his throat slit on the front porch. In 2006 the country again erupted, with gangs torching homes and 150,000 people displaced. Today the country is at peace, with an expanding economy, streets that were once aflame now full of young people on motorbikes going to work.

Sierra Leone, once most recognized by photos of children with their hands and arms chopped off by rebels, is today a functioning democracy, having had two peaceful elections, with power passing peacefully from one party to another. It is not Utopia, and today it is facing the Ebola crisis with institutions that are too weak. But the systematic atrocities that had engulfed the country and electrified the world have stopped.

We don't hear about these countries much, because peace does not bleed. Peace is kids going to school, farmers working their fields, people going to work. Peace is what didn't happen. When you tried to travel around your country this week, you weren't stopped at a checkpoint by a drugged up 14-year-old holding an assault rifle and threatening to kill your family. Your father was home for dinner, not being held in a torture center. When you went to bed last night, you weren't awakened, terrified, by the sound of gunfire.

The fact that these countries no longer horrify us does not make them unimportant. They are the 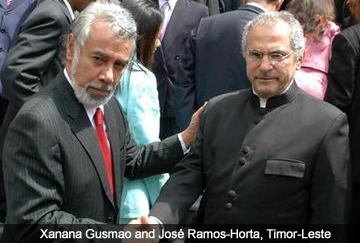 lessons to be learned about how it will work in our current century. And one of the first lessons they show us is that it was not the use of overwhelming force that ended their insurgencies or conflicts.

Nor were these conflicts that simply "ran their course." A quick glance at the history of Europe or the Middle East can tell you that the course of conflict can go on for centuries. Timor-Leste was a Christian country that was occupied and gained independence from Indonesia, a Muslim country. It set the perfect stage for generations of retribution and aggression.

It is not even a "what" that solved these intractable conflicts. It is a "who."

In most cases it has been more than one person. But bringing a country or a region out of conflict, in virtually every instance in our new century, has taken leaders. It has taken leaders coming from the ground up, not leaders installed by a super power to serve its economic interests. It has been moderate, rational leaders, who can walk a neighborhood and listen to and speak to the man and woman on the street, who are capable of inspiring and giving hope to the people in their homes, who have turned the tide.

There is one word today that such leaders seem to understand, repeat, and live by that seems to separate their successes from failures elsewhere. The word is inclusion.

In Ireland, the IRA was brought to the negotiating table, and into the political process. When John Hume originally suggested and started working toward the idea, he endured death threats for it. He would drive home and find derogatory slurs about him and his family painted on the walls near his home. He would later win the Nobel Peace Prize for his courage and his work.

The Sandinistas were likewise brought into the political process of Central America by the Arias Peace Plan, drawn up by five Central American presidents who, under the guidance of Oscar Arias literally locked themselves in a hotel room in Esquipulas, Guatemala, determined not to walk out of the room without a peace plan that included democratic elections. Like the IRA, the Sandinistas moved from the military arena to the political one. Oscar Arias also won the Nobel Peace Prize for his work. 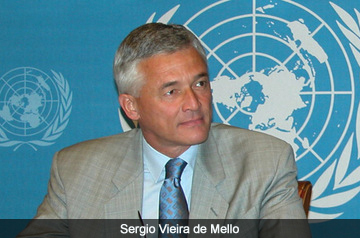 After the US had toppled Saddam Hussein, then UN Secretary General Kofi Annan asked veteran UN diplomat Sergio Vieira De Mello to leave his post as High Commissioner for Human Rights to establish and run the UN office in Baghdad. It is one of the real tragedies of Iraq that Sergio was killed by a car bomb set off under his office at his UN headquarters before he could complete his work.

Shortly before he died, Sergio had said that the US and the UN should be fanning out and going door to door in Baghdad, educating people on what it meant to vote in free elections, letting them know they would be a part of the creation of the new Iraq, that their voice mattered. Sergio had been on the ground in Cambodia, East Timor and elsewhere. He knew post-conflict and democracy building. He knew inclusion.

Needless to say, he did not receive widespread support from the Americans.

It is not a coincidence that today, the Baathists who were kicked out of the Iraqi Army, fired from government jobs and otherwise excluded from the process by the Americans are fighting alongside and adding fuel to ISIS.

Few people realize today what the world lost when we lost Sergio. Had he been allowed to work freely in Iraq without interference, and had he survived long enough to carry out his mission, it would be a different country today. And we would certainly have one more Nobel Peace Prize winner.

None of these leaders has had it easy, and none pretend to have a pat answer. But their voices and their wisdom should at least be a part of any conversation about the state of our world.

TheCommunity.com has been forwarding the messages and projects of leaders such as these for more than a decade. Twenty-seven Nobel Peace Prize laureates have been involved in projects on the site, as have internationally recognized artists. So far run by a handful of impassioned people on a shoestring, it has yet been an important part of the Internet that has kept these voices -- the voices of reason -- alive.

Today, as it re-launches as a news site, based on the invaluable perspective gained over the last ten years, the site is bringing other leaders and innovators into the picture, to begin some sorely needed conversations.

It's a new world. And while there will always be media coverage for the lunatic with a knife who feels that his God commands him to behead one of his fellow men, it is time to also include the many on the ground who are striving, and often succeeding, in saving lives and shaping our world for the better.

God Is Not a Christian: And Other Provocations
by Desmond Tutu